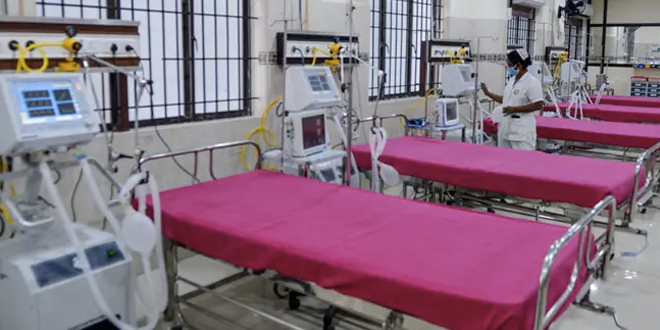 New Delhi: How to prevent the next pandemic? As 2021 begins with COVID-19 continuing its global spread, scientists have spotlighted three approaches to at least reduce the risk of pandemic potential diseases – screening animals, reducing land-use change and improving health infrastructure. There can be no one answer to the question at the centre of an anxious debate across a world coping with COVID-19 and wondering what will happen if another one comes, but the global scientific community has been working on multiple tracks to ensure that humankind is better prepared.

Also Read: COVID-19 Outbreak Explained: What Do We Know So Far About The New Coronavirus Strains Detected In The United Kingdom And South Africa

Following several multidisciplinary studies in 2020, scientists now firmly believe a “perfect storm” for an outbreak with pandemic potential is created by the combined forces of land-use change, high population density and the presence of interfaces between wildlife and domestic animals.

We are only as strong as our weakest ‘link’ given our globally connected society, Krutika Kuppalli, an expert in emerging infectious diseases affiliated with the Stanford University School of Medicine in the US, told PTI.

Manuel Ruiz, wildlife veterinarian at Montana State University in the US, added that one of the best ways to prevent the next pandemic is to “sample animals across the world to characterise potential pathogens”. Instead of spending money to curb outbreaks once they occurred, “we could invest in reforestation and in trying to change the way we interact with wildlife, and alter our level of land-use change”, Mr Ruiz said.

Earlier in the pandemic, it became clear that efforts applying scientific approaches to prevent the next big outbreak could cost countries way less than the expenditures they have meted out to control COVID-19. A study published in July in the journal Science estimated that COVID-19 may likely cost the global economy between USD 8.1 and 15.8 trillion. It added that preventing major outbreaks could be 500 times cheaper than the expenditures meted out to curb the ongoing pandemic.

According to Mr Ruiz, detecting or classifying every single pathogen in the world’s wildlife would be close to impossible, but new methods using machine learning algorithms can be used to generate a catalogue of pathogens from which the animal host and place where the next outbreak may happen could be predicted.

One such international collaborative project that came into the spotlight in 2020 was USAID’s PREDICT, which aimed to strengthen global capacity for the detection of new viruses with pandemic potential. Working with over 30 countries and screening more than 1,64,000 animals and people, the project has detected nearly 100 novel viruses globally, including the Bombali ebolavirus and the deadly Marburg virus.

The PREDICT project by the US has created this big dataset of viruses circulating in bats and other wildlife. And even now we know only a small proportion of the potential pathogens circulating out there, Mr Ruiz, who studies the transmission of diseases from bats to humans, told PTI.

As several studies in the past have highlighted, bats have unique ‘super immune systems’, enabling them to carry viruses such as the Nipah virus and SARS-CoV-2 without being infected. These pathogens can however jump — or spill over — to humans and cause new diseases in them when they make close contact with the flying mammals.

Disease ecologist Abi T Vanak from the Ashoka Trust For Research In Ecology And The Environment (ATREE) in Bengaluru added that projects such as PREDICT, which scan the horizon for new pathogens, can help identify groups that have pandemic potential in the future.

From surveillance, we can find out the longevity of the viruses outside the host. Some won’t even last for few minutes. Some can last for days, Mr Vanak told PTI.

This influences how often a virus can jump from an animal and cause an outbreak in humans. As these pathogens spill over under very specific conditions, scientists have also unravelled the role played by land-use change in contributing to new outbreaks from animals to humans known as zoonotic diseases.

A major research in this domain, published in the journal Nature in August, analysed mammal and bird species across the world and found that songbirds, bats, and rodents have the highest potential for spreading new diseases to humans.

“Land-use change is acting as a kind of ecological filter — and these species that do get through the filter are those that carry more pathogens,” Rory Gibb, a co-author of this study from University College London, told PTI. In several studies published in 2020, parts of India were classified as potential hotspots from where the next pandemic may emerge, partly due to increased rates of land-use change in the country.

Commenting on this observation, Virat Jolli, director of the New Delhi-based organisation Biodiversity and Environmental Sustainability (BEST), said the risk of new pandemic-potential diseases jumping from rodents, bats, and birds, were particularly high in India, especially in the Western Ghats.

The forest areas of Western Ghats, in his view, are under pressure because of plantation, overgrazing and human settlements. Forest fragmentation for mining, road, and railways projects may lead to the emergence of new diseases, Mr Jolli warned.

The buffer area of 10 kilometres around the protected area should in no way be reduced or altered, he added.

Since unravelling the when and the where of the next pandemic is a complex question, scientists have also made strides in applying a multidisciplinary approach to predict the emergence of new outbreaks. In a study, published in April in the journal PLOS, Vanak and his team for the first time applied a co-production model to predict how the tick-borne Kyasanur forest disease (KFD) — a viral haemorrhagic fever endemic to south India — was triggered by factors including land-use change.

The co-production approach brings together different forms of knowledge and expertise from scientists and a wide range of stakeholders to try to understand and address a key problem. It became much clearer from similar studies in 2020 that collaborative research involving experts from across disciplines is the way forward.

Diseases don’t exist in individual animals — they’re part of an ecosystem. Sampling an animal for viruses and analysing them is just one part of the puzzle. We need virologists talking to public health experts, social scientists, ecologists and epidemiologists, Mr Vanak added.

Another major study, which took a multidisciplinary approach to predict global hotspots where the next pandemic could emerge, was published in November in the journal One Health. It analysed where wildlife-human interfaces intersected with areas of poor health infrastructure and globalised cities, and also pointed to parts of India as potential hotspots.

Michael Walsh, study co-author from the Prasanna School of Public Health, Manipal University, agreed the Western Ghats, as well as northeastern parts of the country, have “broad areas of risk”. Instead of focusing on specific species, more resources could be invested in improving human health infrastructure in these regions, Walsh told PTI.

While parts of Kerala and Tamil Nadu fall under these hotspots, he said these states “are not in the highest tier of risk because they have quite good health infrastructure relative to other states”. Ruiz believes some parts of India are potential hotspots “not because lots of viruses are circulating there but because these have high rates of land-use change and these are also places with high-density of human populations.”

If the novel coronavirus had emerged in a rural village which wasn’t a transport hub like Wuhan, probably the virus may have died off there, Mr Ruiz added.