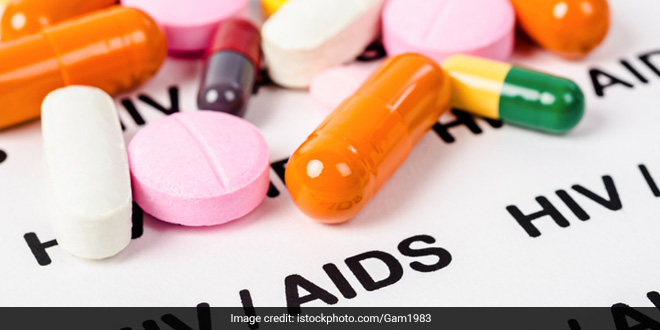 ART also helps reduce the risk of transmitting HIV, as per the World Health Organisation

New Delhi: Human Immunodeficiency Virus or HIV infection in India was first detected in 1986 among female sex workers in Chennai, according to government data. As per an estimate by the National AIDS Control Organisation (NACO) about 2.14 million people lived with HIV/AIDS in India in 2017, making it the world’s third-largest population of people living with HIV, after South Africa and Nigeria. While back in the day, it was considered a deadly disease that had has no cure, today people with HIV can relatively lead a normal and healthy life thanks to antiretroviral therapy (ART).

Though not a cure for the infection, ART is the primary treatment for HIV which is a ‘drug cocktail’, meaning the patient has to take a combination of up to seven antiretroviral drugs every day, depending upon the viral load. ART also helps reduce the risk of transmitting HIV, as per the World Health Organisation.

How Does ART Work?

The main goal of HIV treatment is to reduce a person’s viral load to an undetectable level, according to WHO. The medicines prevent HIV from multiplying or replicating itself in a larger number, which reduces the viral load.

Having a lesser viral load provides the immune system with a chance to recover and be able to produce more CD4 cells. Even though there is still an infection in the body, with the treatment the immune system is strong enough to fight off infections. Not only that, people with HIV who maintain an undetectable viral load have effectively no risk of transmitting HIV to their HIV-negative partners through sex, says the WHO.

An HIV patient should start the ART therapy immediately after detection of the virus, it adds.

According to the ‘Annual Report- 2018-19: National Aids Control Organisation,’ which is the latest available, there are around 544 Care and Support Centres (CSCs) in India to improve the number of people adhering to the treatment.

These centres provide essential services such as ART, CD4 counts, along with psychosocial support, referrals to social benefit schemes and stigma reduction workshops. More than 60 per cent of CSCs are implemented by people living with HIV networks, making it the biggest community-led care and support intervention programme in the country.

In 2017, India adopted ‘test and treat’ protocol according to the WHO guidelines, where anyone testing positive for HIV is eligible for ART, regardless of their CD4 count.

Despite the rise in ART coverage over the years, many people living with HIV, face difficulty in accessing ART clinics mainly due to lack of information, says Dr Raina. Therefore, NACO came up with the initiative Link Workers Scheme (LWS). LWS works across 16 most vulnerable states, where they train people from at-risk populations to link communities with HIV information and services.

As per the data by NACO, in 2018, the scheme reached around 500,000 migrants, 50,000 sex workers and 740,000 people from other vulnerable groups, including people who inject drugs and men who have sex with men, across the nation. Furthermore, in 2017-18, more than 80 per cent of people who tested HIV positive from at-risk groups, were linked to ART centres through the scheme.