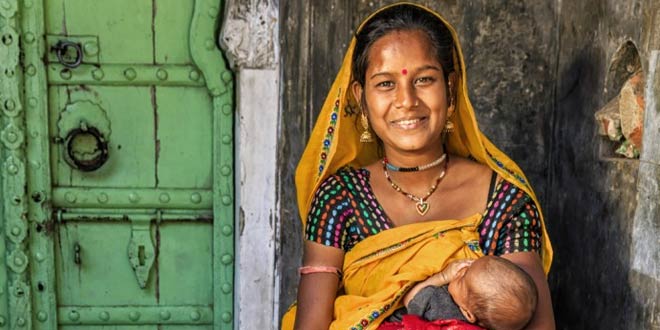 New Delhi: Globally, nearly 6 lakh children and 1 lakh women die every year due to inadequate breastfeeding, states ‘Alive & Thrive’, a global nutrition initiative to save lives, prevent illness, and ensure healthy growth of mothers and children. As per the organisation, inadequate breastfeeding costs the global economy $340 billion annually due to lost productivity and healthcare costs. To improve the status of breastfeeding in the world, World Health Assembly had set a target of increasing the rate of exclusive breastfeeding in the first 6 months up to at least 50 per cent compared to the prevalent rate of 38 per cent in 2012 to 50 per cent in 2025 globally. As the world celebrates breastfeeding week every year, from August 1 – 7, here are five things to know about World Breastfeeding Week:

Breastfeeding, also known as nursing, is the way of providing young infants with the essential nutrients required for their growth and development. WHO (World Health Organization) recommends initiating breastfeeding within the first hour of the birth of a child. Exclusive breastfeeding is recommended for up to six months.

When And Why Is World Breastfeeding Week Celebrated?

Every year the world celebrates Breastfeeding Week from August 1 to August 7. It is celebrated to encourage breastfeeding and improve the health of babies around the world. It commemorates the Innocenti Declaration signed in August 1990 by government policymakers, WHO, UNICEF (United Nations International Children’s Emergency Fund) and other organisations to protect, promote and support breastfeeding.

The history of World Breastfeeding Week dates back to 1979 when WHO started a battle against baby foods being promoted in the market, and brands interfering in breastfeeding in hospitals. Globally it was noticed that powdered milk formula had a negative impact on the health of children and something needed to be done. In a meeting called by WHO in 1979, it was decided that there should be a strong and effective marketing code. Later in 1981, the International Code of Marketing of Breastmilk Substitutes was adopted by the World Health Assembly and 118 out of 119 countries signed the resolution.

Since WHO resolutions are just a moral agreement and are not legally bound, national actions were slow. The movement focusing on encouraging breastfeeding was slow until UNICEF and other agencies and lawmakers got inspired and signed Innocenti Declaration in August 1990, says Dr. Arun Gupta, Central Coordinator, Breastfeeding Promotion Network of India.

The theme for this year’s breastfeeding week is ‘Empower parents, enable breastfeeding: Now and for the future!’ This year, WHO along with UNICEF and other partners are working to promote the importance of family-friendly policies with an aim to aid parents in nurturing and bonding with their children at an early stage and enable breastfeeding.

Why Is Breastfeeding Pivotal?

As per experts, breastfeeding is crucial for both mother and children. Exclusive breastfeeding provides babies with perfect nutrition, protection from respiratory infections, diarrhoeal disease, obesity and non-communicable diseases. The process of breastfeeding protects mothers from type 2 diabetes, life-altering and life-threatening cancers.

Breastfeeding Can Prevent Around 1 Lakh Deaths Due To Diarrhoea, Acute Respiratory Infections And Pneumonia