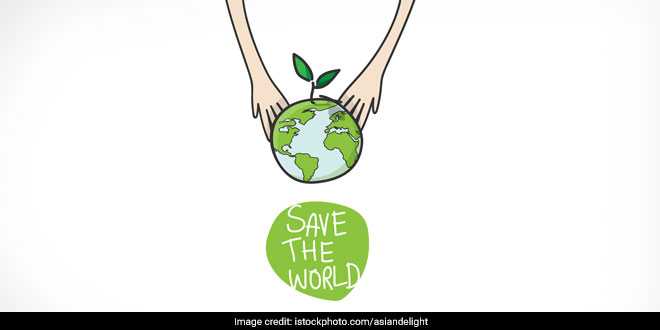 World Environment Day: All You Need To Know

2. Theme For World Environment Day: Beat Air Pollution is this year’s theme and has been chosen by the host country in bid to take on the global crisis of Air Pollution. UN Environment states that approximately 7 million people worldwide die prematurely each year from air pollution, with about 4 million of these deaths occurring in the Asia-Pacific region.

The focus on this World Environment Day will be on encouraging governments, industry, communities, and individuals to come together to explore renewable energy and green technologies that will help improve air quality in cities and regions across the world.

4. Air Pollution Crisis You Should Know: Air pollution is a huge problem every country is facing today. The silent killer, both outside and inside the home, is responsible for the premature death of 7 million people each year globally, including 600,000 children, according to a UN expert on the environment and human rights.

According to the State of Global Air 2019 report, air pollution was responsible for taking 1.2 million lives in 2017. Therefore understanding the different types of pollution, and how it affects our health and environment becomes an important factor. ‘We can’t stop breathing, but we can do something about the quality of our air,’ with this thought in mind, this year’s world environment day aims to focus on beating air pollution globally and will also be looking at areas such as – Household, Industry, Transport, Agriculture and Waste.

5. Activities Planned On World Environment Day In India: In India, the Ministry of Environment has recently launched a song ‘Hawa Aane De”, to mark the World Environment Day on June 5 and spread awareness about the theme of this years’ and encourage people to get involved in fighting air pollution by introducing minor changes in daily routine.

Apart from the official song track, many cities will be coming forward to organise plantation drives in a bid to do their bit towards making this planet clean and green.

This World Environment Day, Pledge To Reduce Your Carbon Footprint. Here Are Some Tips To Get You Started