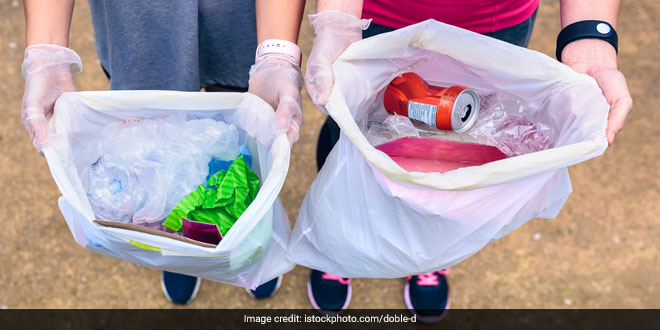 Siliguri: On the occasion of World Environment Day, the school going students of Siliguri in association with United Nations Environment Program (UNEP), jointly organised “UnPlastic Ploggers Run” on Wednesday. More than 300 students were divided into four groups collected plastic related things from the city and gathered in a single place to make plastic-free city slogans. According to the organisers, they have started the drive against the use of plastic carry bags and other related things. The said,

It is found that people use plastic for one time, then throw it on the streets which is very dangerous. So, we want to make people aware that how it is affecting our nature.

According to reports, one million plastic drinking bottles are purchased every minute, while up to 5 trillion single-use plastic bags are used worldwide every year.

In total, half of all plastic products are designed to be used only once and then thrown away. Researchers estimate that more than 8.3 billion tonnes of plastic have been produced since the early 1950s.

About 60 per cent of that plastic has ended up either in a landfill or the natural environment. More than 99 per cent of plastic is produced from chemicals derived from oil, natural gas, and coal.

As per researchers, if the current trends continue, by 2050, the plastic industry could account for 20 per cent of the world’s total oil consumption.