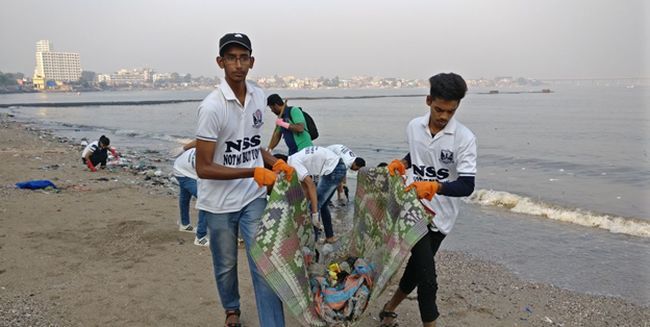 New Delhi: In a build-up to 45th World Environment Day celebrations on June 5 with a theme ‘Beat Plastic Pollution’ for which India has been chosen as the host country, the government has formed 19 teams that will undertake cleaning of 48 polluted waterbodies – beaches, riverfronts and lakes across the country. Along with this step, Environment Minister Dr Harsh Vardhan has requested all schools across the country to go plastic free and has asked students not to carry any form of single-use plastic like water bottles, cups, folders, plates, water jugs, trays or pen stands.

According to the statement released by the environment ministry, the clean-up of around 24 beaches in nine coastal states and riverfronts in 24 identified polluted stretches in 19 states will be undertaken by the teams from May 15 to June 5. Further, a special cleanliness drive will be carried out at Yamuna riverfront in New Delhi.

The environment ministry has formed 19 teams that include senior officers of the ministry, state nodal agencies in-charge of eco-clubs of schools, state pollution control boards, district administration, and college of fisheries located along the coastal stretches and other educational and research institutes.

These 19 teams will be responsible for involving school and college students, and local communities in the cleaning exercise across the country.

An amount of Rs 10 lakh has been earmarked for each stretch of beach, riverfront and lake. Cleaning up around important archaeological sites will also be taken up, the Environment Ministry said in a statement.

From Waterbodies To Green School Programme

The ministry has also decided to honour schools that become plastic-free and publicise the harmful effects of plastics in a mission mode by undertaking various activities.

The minister will present a ‘Green School or college’ certificates to institutions that declare themselves free from plastic pollution before June 5.

Along with these steps, the government on June 3 will also organise a mini-marathon at Vinay Marg in New Delhi, Bengaluru, Ahmedabad, Gangtok, Bhopal and Bhubaneswar. It is expected that around 10,000-15,000 people will be taking part in the mini-marathon.

Through these steps, the government is hoping to lead the beat plastic pollution campaign this year while setting a successful example for other countries.