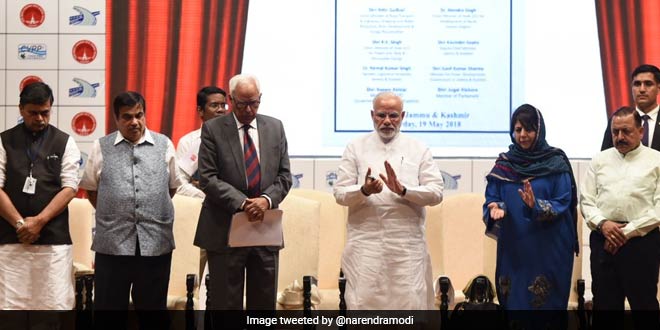 New Delhi: From girls as young as five years of age to women above the age of 80, participation by women in the Swachh Bharat Abhiyan has transcended across ages, and have become examples of encouragement and bravery. Prime Minister Narendra Modi said that several women across India did not rely upon anyone else and used simple tools to better the sanitation situation in their respective households. The zeal to become a part of the Swachh Bharat Abhiyan is what motivated such women, and such acts of self-confidence will be beneficial for the movement.

Speaking at Srinagar, during his one day visit to Jammu and Kashmir, the Prime Minister praised the Swachh Bharat Abhiyan for successfully integrating women into the sanitation movement.

When we see such examples of women across all ages join the Swachh Bharat Abhiyan, others are motivated to do the same. Such actions also show that the connection between Swachhata and the respect that comes with access to safe sanitation, said Prime Minister Narendra Modi.

Last month the Prime Minister himself felicitated several Swachh warriors, women who had taken up active roles in building toilets in their villages or districts, and worked to bring about behavioural change among community members and encourage them to practice safe sanitation. Swachhagrahis like Rinku Kumari from Bihar, who continues to go from door-to-door to sensitise people about sanitation has till date built 2,000 toilets in two panchayats in Bihar, or Chhattisgarh’s Monika Ijardar who eradicated open defecation from 82 gram panchayats were among the many honoured by the Prime Minister at Champaran last month.

— Swachh Bharat I #AzadiKaAmritMahotsav (@swachhbharat) May 20, 2018