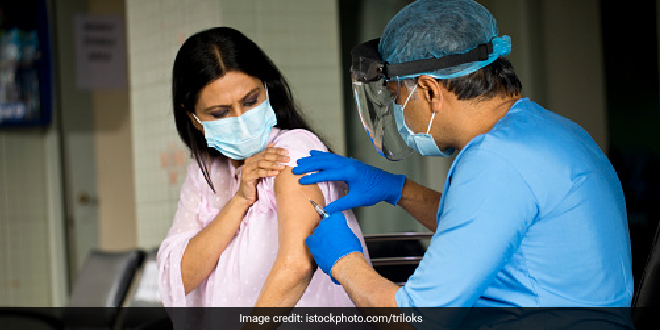 This year, World Immunization Week is being marked with a theme ‘Long Life for All’

New Delhi: The World Health Organization (WHO) celebrates last week of every April as World Immunization Week, with an aim to highlight and promote the use of vaccines to protect people of all ages against diseases. This year, the World Immunization Week will be marked with a theme of ‘Long Life for All – In pursuit of a long life well lived’ and the campaign focusses on spreading the message that immunization is one of the world’s most successful and cost-effective health interventions and it helps save millions of lives every year.

WHO works with countries across the globe to raise awareness about the value of vaccines and immunization and ensures that governments obtain the necessary guidance and technical support to implement high quality immunization programmes. The ultimate goal of World Immunization Week is for more people – and their communities – to be protected from vaccine-preventable diseases.

As the world marks this week, here’s a quick lowdown on why the day holds so much importance:

WHO states that while immunization is one of the most successful public health interventions, coverage has plateaued over the last decade. In 2020, COVID-19 pandemic has led to major backsliding on childhood vaccinations. Highlighting the global facts, WHO said:

– Global coverage dropped from 86 per cent in 2019 to 83 per cent in 2020
– An estimated 23 million children under the age of one year did not receive basic vaccines, which is the highest number since 2009
– In 2020, the number of completely unvaccinated children increased by 3.4 million
– Only 19 vaccine introductions were reported in 2020, less than half of any year in the past two decades. WHO states that the reason for this disruption of services is mainly COVID-19 pandemic. It adds, “With many resources and personnel diverted to support the COVID-19 response, there have been significant disruptions to immunization service provision in many parts of the world.”

Why Should You Get Vaccinated?

Explaining why one should get vaccinated, WHO states that without vaccines, everyone is at risk of serious illness and disability from diseases like measles, meningitis, tetanus and polio. It adds,

In today’s interconnected world, infectious diseases easily cross borders, infecting anyone who is not vaccinated. The two key reasons to get vaccinated are to protect ourselves and to protect those around us. Not everyone can be vaccinated – including infants, who are too young to be vaccinated and people with chronic illnesses or treatments that affects their immune system. They depend on others getting vaccinated to ensure they are also protected through vaccines.

How Do Vaccines Work To Protect Us?

Dr Katherine O’Brien, WHO Director of the Department of Immunization, Vaccines and Biologicals says,

Vaccines are basically the part of the germ that our body can recognise and develop an immune response. All vaccines being developED provide our immune system a small amount of the germ that we know can cause the disease. It trains the immune system to fight that particular disease, so that it is completely ready and when it actually sees that particular germ, it protects us from developing any severe disease and fight the infection easily.

Status Of Immunization In India

Talking about India, in the last two decades the country has made significant progress in improving health indicators, particularly those related to child health. National Family Health Survey 5 (NFHS) states that the fraction of fully vaccinated children between the ages of 12 and 23 months has gone up from 62 per cent in NFHS 4 (2015-16) to 76 per cent in NFHS 5 (2019-2020).

Over the years, to accelerate full immunization coverage in the country and to reach the unreached, India launched an ambitious programme called Mission Indradhanush in 2014, the largest immunization programme in the world in terms of the number of beneficiaries, geographical coverage and quantities of vaccine used, with nearly 27 million new-borns targeted for immunization annually. According to the data shared by the health ministry, till date, 10 phases of Mission Indradhanush have been completed covering 701 districts across the country. It further states that as on April 2021, a total of 3.86 crore children and 96.8 lakh pregnant women have been vaccinated under the programme.

According to UNICEF over nine million immunization sessions are held across India every year towards full immunization coverage. It further states that the Programme has introduced new vaccines, including the Pneumococcal Conjugate Vaccine (PCV) and Rotavirus Vaccine (RVV) and is also rolling out a country-wide Measles-Rubella Campaign aiming to reach every child wherever they live. However, despite the progress, infectious diseases continue to contribute to a significant proportion of child mortality and morbidity in India.

UNICEF adds that nearly one million children die before their fifth birthday in India. And about one of every four of these deaths are caused by pneumonia and diarrhoea – two leading infectious causes of child deaths worldwide. It further states that only 65 per cent of children in India receive full immunization during the first year of their life. The vaccination coverage in the country varies considerably from state to state, with the lowest rates in the large central states like Bihar, Madhya Pradesh, Uttar Pradesh and Rajasthan, where highest numbers of partially immunized and non-immunized children are found, states UNICEF. According to NFHS 5, some of the best performing states and union territories, where vaccination coverage has increased considerably are – Dadar & Nagar Haveli and Daman & Diu, where the percentage of fully vaccinated children (12-23 months) jumped to 94.9 per cent in NFHS-5 from 50.5 per cent in NFHS-4, achieving an increase of a significant 44.4 per cent. Gujarat is another state that has improved its full immunisation coverage significantly among children from 50.4 per cent in 2015-16 to 76.3 per cent in 2019-2020.

Trans People Can Register Themselves, Get Benefits: UP Government Plan

Health For All: Government Schemes And Programmes Targeting Mothers, Children And Young Adults