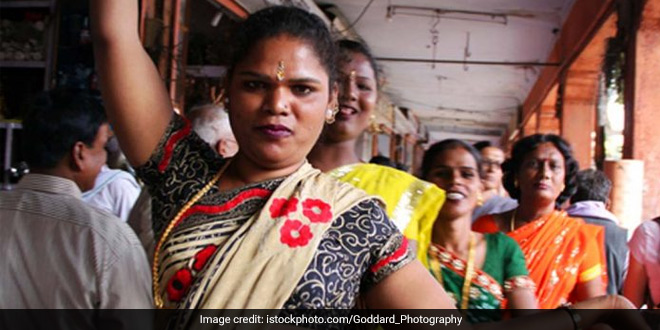 Noida: The Social Welfare Ministry of Uttar Pradesh has proposed a first of its kind voluntary registration for transgender people in the state, aimed at devising welfare measures for the marginalised community, according to official sources. The ministry has proposed a budget of Rs 200 crore for the welfare of transgender people by means of providing them education facilities, developing their colonies with basic amenities and rehabilitating elderly members of the community, the sources said.

During his first tenure as chief minister, Adityanath had in 2021 formed the Transgender Welfare Board.

An estimated 20 lakh transgenders live across the state, with most of them having limited means of education and survival.

However, the first meeting of the board took place only on April 19 which was chaired by Social Welfare Minister Asim Arun. Board’s vice president Sonam Chishti and members Tina Maa, Kiran Baba, Madhu and Dr Satya Prakash Singh attended the meeting in Lucknow.

A budget of Rs 200 crore has been proposed for welfare and development of the transgender community in Uttar Pradesh, out of which around Rs 25 crore will be dedicated only for the education of youngsters of the community. A voluntary registration would be done to identify transgender people in the state and register them with unique identification cards so that they can avail benefits of government schemes. This would be done across 75 districts of UP and a database would be prepared, which would also be shared with the central government, a ministry source told PTI.

The ministry is also in the process of writing to other state departments concerned for expediting development works like proper roads, water and electricity connections, etc in colonies where the community members live.

It has also proposed setting up ‘Garima Grah’ (Dignity Home) in cities on lines of old-age homes for the elderly transgender people to help them lead a comfortable and dignified life, the source said.

After the Transgender Welfare Board’s meeting, the ministry is understood to have presented the proposals to the state government during a review by the chief minister last week, they said.

The date for beginning the registration will be decided after the government’s go-ahead.

Related Topics:
Health Leaving No One Behind Uttar Pradesh
Up Next

Unvaccinated People Increase COVID-19 Risk For Those Who Are Vaccinated: Study

World Immunization Week 2022: All You Need To Know