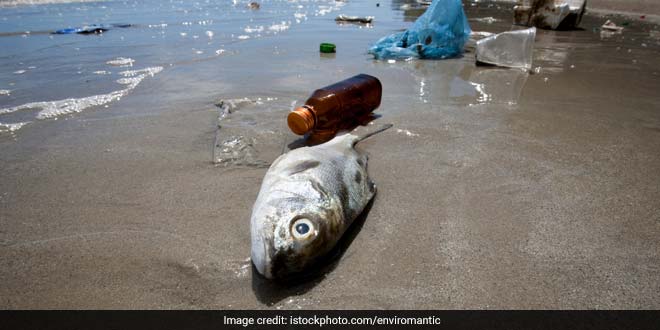 New Delhi: Oceans cover more than 71 percent of the planet, host up to 80 percent of life on earth and account for 96 percent of all water. Moreover, Oceans help in producing more than half of the oxygen in the atmosphere, and absorb about 25 percent of all human carbon emissions. Yet, this lifeblood of the planet is today chocking with all things plastic. United Nations states that 8 million tonnes of plastic end up in the ocean, every year, wreaking havoc on wildlife. To be precise, plastic pollution ends up taking lives of 1 million seabirds and 100,000 marine mammals every year. In a bid to raise public awareness and encourage citizen action to protect oceans, United Nations started observing World Oceans Day.

Also Read: On World Oceans Day, Actor Dia Mirza Appeals To Pledge To Beat Plastic Pollution And Save The Oceans

Here are the things you should know about this day:

‘World Oceans Day’, as a concept was first proposed in 1992 at the Earth Summit in Rio de Janeiro to raise awareness about the crucial role the ocean plays in our lives and the important ways people can help protect it. The global community led by the United Nations started observing World Oceans Day every June 8 since 2008.

2. The Theme For World Oceans Day

This year’s World Oceans Day theme is ‘preventing plastic pollution and encouraging solutions for a healthy ocean’, and the emphasis is on preventing plastic pollution which has currently become one of the major pollutants in the oceans.
The objective this year is to promote the message that all the citizens have a role to play in protecting the ocean for the coming generation. The thumb rule is to use less plastic and recycle the plastic you use.

3. How Plastic Pollution Is Killing The Ocean

Plastic takes 100 of years to completely break down and decompose itself. So, once it makes its way into the oceans, seas, or any other water bodies, it tends to float on the surface forever. Exposed to the heat from sun the plastic tends to degenerate and make its way into the food chain. Marine animals consume the plastic waste, thinking it as food and die as plastic cannot be digested. Moreover, the worrisome part is that when the animals die and decompose, the plastic bag in their stomachs will again be released into the environment as it doesn’t degrade.

4. India’s Contribution Towards Plastic Pollution In The Oceans

5. How India Is Coping Up With Plastic Pollution

Recently, on World Environment Day, India pledged to eliminate all single-use plastics – carry bags, straws, and water bottles among others from the country by 2022. The country has also signed UN Environment Clean Seas campaign that was launched in February 2017 to fight marine plastic litter on Tuesday.

Along with this, the country has taken many steps to fight plastic pollution – the environment ministry has banned plastics in all protected areas around the country, and declared them “plastic free zones”. India has also pledged to make the Taj Mahal, along with 100 other monuments free from plastic pollution.

When A Whale Dies From Eating Plastic Bags