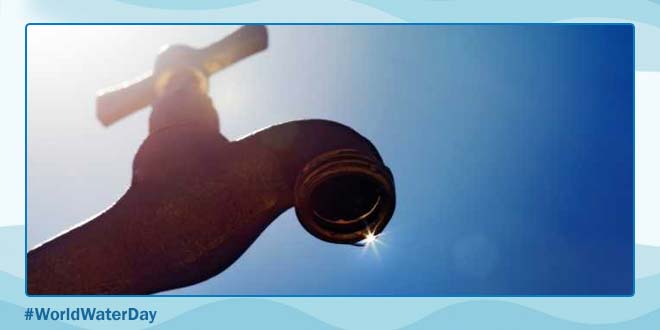 New Delhi: If you are one of those who still leave the tap open while brushing your teeth or bathing, it is time, you put a full stop to this practice. India is facing its worst-ever water crisis. According to the government think-tank recent report, some 600 million people are facing acute water shortage. The NITI Aayog report, which draws on data from 24 of India’s 29 states, says the water crisis in the country will “only going to get worse” in the years to come. So, every drop of water counts, as the world gears up to celebrate World Water Day on March 22, here is a quick lowdown of things you should know about the day and why you should take a pledge to save the crucial resource.

What Is World Water Day?

World Water Day is celebrated every year on March 22 in order to increase awareness among people about the importance, need and conservation of water. The focus of the day is on universal access to clean water, sanitation, and hygiene (WASH) in line with the targets of Sustainable Development Goal 6.

In 1992, March 22 was first officially added in the schedule 21 of United Nations Conference on Environment and Development as World Water Day in the Rio de Janeiro, Brazil. In the year 1993, the first World Water Day was observed.

This year, the theme for World Water Day 2019 is ‘Leaving no one behind’, an adaptation of the United Nation’s central promise of the 2030 Agenda for Sustainable Development, which says everyone should benefit.

The motto of the theme is to help provide access to safe water to everyone, ‘whoever you are, wherever you are, water is your human right.’

The problem is that today, billions of people are still living without safe water. Marginalized groups – women, children, refugees, indigenous peoples, disabled people, and many others – are often overlooked, and sometimes face discrimination, as they try to access and manage the safe water they need. This year, World Water Day aims to tackle the water crisis by addressing the reasons why so many people are being left behind.

How The Day Is Celebrated?

World Water Day is celebrated across the world by the United Nations including all the member nations on March 22 by implementing the UN recommendations as well as promoting the global water conservation through the real activities like promotion of clean water conservation, governments’ plan of action for water conservation and publishing critical reports that highlights the statistics and data on water.

Stark Facts That Will Make You Save Water

We live in a country of 1.3 billion people, wherein, fully half the population lives in a water crisis. According to Niti Aayog, 600 million Indians face high to extreme water stress and about two lakh people die every year due to inadequate access to safe water. The government think tank also says that 21 Indian cities will run out of groundwater by 2020.

Ways In Which We Can Save Water And Make A Difference

One of the best ways to get the process of saving water started is by taking a pledge of reusing water whenever and wherever possible. For instance, one can collect wastewater the ROs and can further use it for the purpose of washing clothes and cleaning the house. Another way to reuse the water one uses for washing veggies, fruits and utensils are by reusing it for watering the garden.

Not turning off the tap while performing daily rituals like brushing, washing your face, doing the dishes and so on is the major reason why around 600 million people are currently living in areas of high to extreme water stress. Another way in which you can prevent the ongoing water crisis is by preventing water wastage from running taps.

Some of the other basic tips on how one can prevent water wastage are – reduce the consumption of water-intensive grains, shower for a shorter time and with a bucket of water, do laundry once a week, instead of doing it every day.