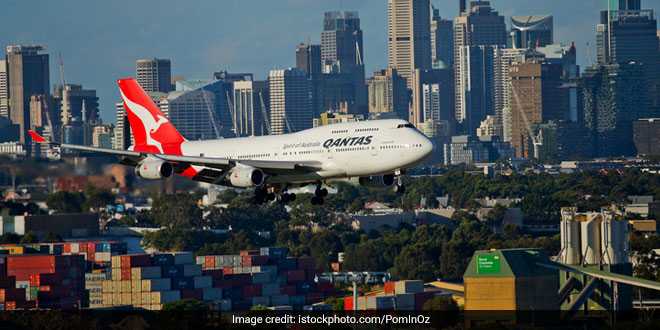 New Delhi: In a first, on Wednesday, passengers on board in QF739, Australia’s national airline Qantas became a part of the history as they were flying on the world’s first zero-waste commercial flight. The Qantas flight from Sydney to Adelaide had every eco-friendly item on board – from eco-friendly cups to napkins, cutlery and food containers, every item was made with plant matter, sugarcane pulp or starch, making it fully compostable. Moreover, the airline will make sure that none of the products on board end up in landfill, instead, every bit will be either composted or sent for effective recycling. The plan is to send plastic bottles, paper, glass and aluminium packaging to recycling centres and the plastic that can’t be recycled will instead be transformed into a type of non-fossil fuel called PEF (Processed Engineered Fuel) that’s used in cement making.

Along with this, the unnecessary paper was removed from the flight, in fact, all passengers were required to check-in online or via the Qantas app and obtain a digital boarding pass.

As per the Qantas airline, this green initiative has been taken as part of their plan to cut their total landfill waste by 75 percent by the end of 2021 and promote the ideology of – reuse, recycle and compost.

While today’s flight was just a trial, according to Qantas, all flights over the next 18 months will be transformed into zero-waste flights which will help cut the airline around 100 million single-use plastic by next year.

This is not the first time, the aviation industry has taken a step forward for the environment. Last year, on December 26, for the first time, four flights on a trial basis were made plastic-free by Hi Fly, a Portuguese airline, with an aim to turn all its flights completely single-use plastic free by the end of 2019. Most of the common single-use plastic waste such as cups, spoons, salt and pepper shakers, sick bags, packaging for bedding, dishes, individual butter pots, soft drink bottles, and toothbrushes were replaced with compostable items.