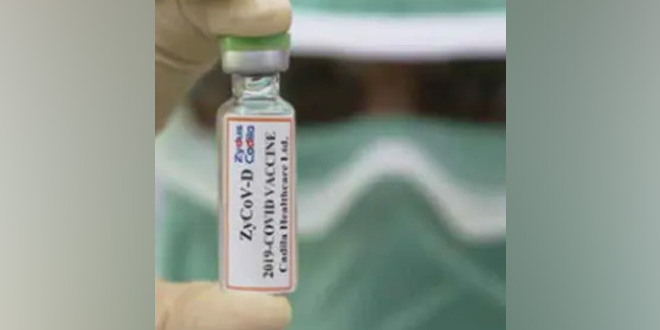 Speaking on the availability of the vaccine, Dr Paul said,

Preparations are underway to introduce the Zydus Cadila’s COVID vaccine under the national vaccination programme. It is only a matter of a short period of time.

The country’s drugs regulator, DGCI, approved the Zydus Cadila’s vaccine for emergency use on August 20. According to sources, ZyCoV-D, a needle-free coronavirus vaccine, is likely to be available by early October. It is the world’s first plasmid DNA vaccine for Covid-19. It’s a three-dose vaccine that will be administered on day zero, day 28, and day 56. The vaccine has been approved to be administered to adolescents between ages 12 and 18.

Speaking about the different variants of COVID-19, Dr Paul said that there is no new variant of concern as per the data available at present.

The Niti Aayog member further informed that at least 1,200 Pressure Swing Adsorption (PSA) oxygen generating plants are functional now and there will a total of 4,000 PSA plants in the country under the current programme of establishing PSA plants.

At least 1,200 PSA plants are functional now. After the current program of establishing PSA plants, which is underway, there will be 4,000 PSA plants across the nation. This is our security against any oxygen constraints in future, he stated.

Earlier today, Prime Minister Narendra Modi dedicated 35 PSA oxygen plants established under PM CARES across 35 states and Union Territories (UTs) at AIIMS Rishikesh. Till now, a total of 1,224 PSA oxygen plants have been funded under PM CARES all across the country, out of which more than 1,100 plants have been commissioned, providing an output of over 1,750 MT oxygen per day.

Also Read: No Clinical Trial Of COVID-19 Jab On Transgenders, Fear And Mistrust Keep Majority Of Them Away

Half Of Global Population Lack Access To Basic Diagnostics For Common Disease: Lancet