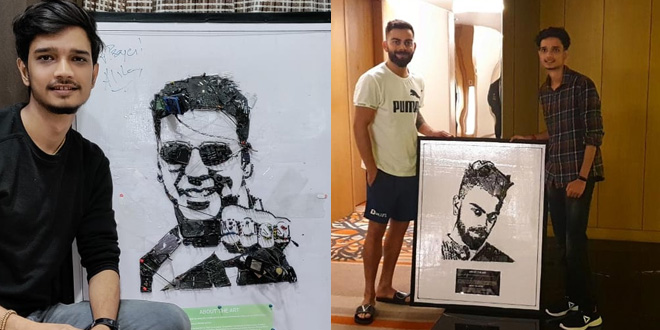 Rahul creates awareness about e-waste through his artworks

New Delhi: Ever thought of making a portrait from old mobile phones, discarded cables, motherboards, and other electronic waste? That might sound like a tall order but Rahul Pareek from Guwahati is not only making such art pieces but winning hearts as well. In January 2020, 21-year-old Rahul, a student of K. C. Das Commerce College in Guwahati created a portrait of Indian Cricketer Virat Kohli using scraps like old keypad phones, wires and paper pins on a canvas. On presentation, the cricketer himself signed the artwork and wrote, “Dear Rahul, this is an outstanding creation!!”

A closer look at the portrait shows dismantled handsets used to depict Virat’s spiked hair. Various smaller devices and parts of phones have been joined together using black thread and wired earphones. Made completely out of scrap, the portrait was put together in three days. Take a look:

Making art out of old phones.
How is this for fan love! ???????? #TeamIndia @imVkohli pic.twitter.com/wnOAg3nYGD

Rahul has been inclined towards fine arts since childhood. He even used to take special classes for fine arts. But, Rahul’s love for art took away his attention from studies and as a result, he flunked class 6. While talking to NDTV, Rahul said, 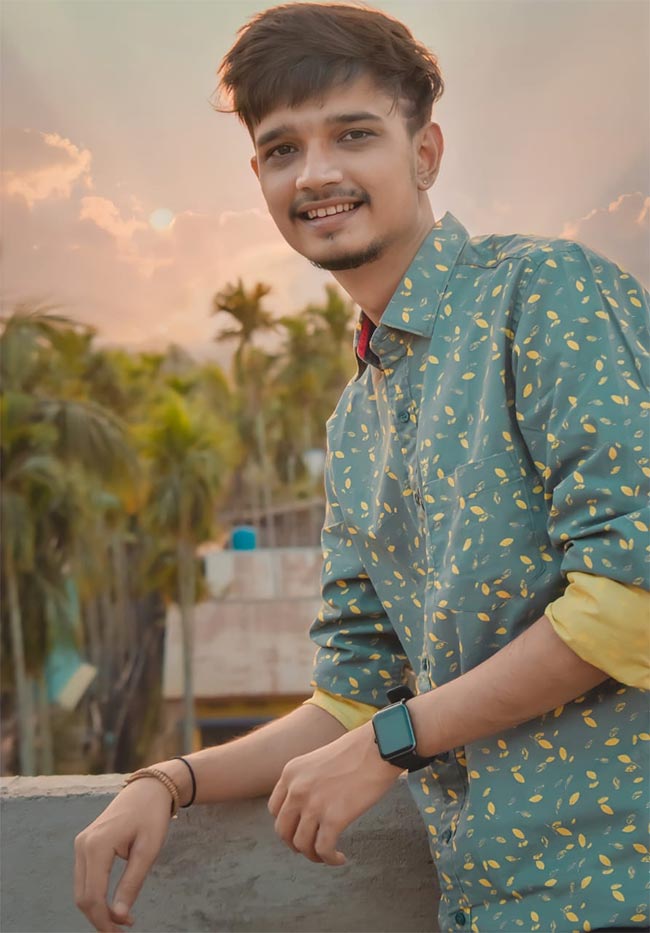 My failure didn’t go well with my parents obviously so they decided to cut me off from arts and sent me to a boarding school. My parents were also of the opinion that art cannot be a means of livelihood hence, they wanted me to study well and make a decent career.

It is only after Rahul finished his higher education and returned to Guwahati, he reconnected with his love for art and started putting his imagination on a canvas. Rahul who is into different kinds of artwork including painting with colours, and even tea decided to use electronic waste or e-waste to stand out and send the message on e-waste.

Global e-waste production is on track to reach 120 million tonnes per year by 2050 if current trends continue, according to a report from the Platform for Accelerating the Circular Economy (PACE) and the UN E-Waste Coalition released at Davos in 2019. Less than 20 per cent of e-waste is formally recycled, with 80 per cent either ending up in landfills or being informally recycled – much of it by hand in developing countries, exposing workers to hazardous and carcinogenic substances such as mercury, lead and cadmium. E-waste in landfills contaminates soil and groundwater, putting food supply systems and water sources at risk.

To begin with, in 2018, Rahul made a portrait of then Assam Chief Minister Sarbananda Sonowal through a motherboard of a computer. 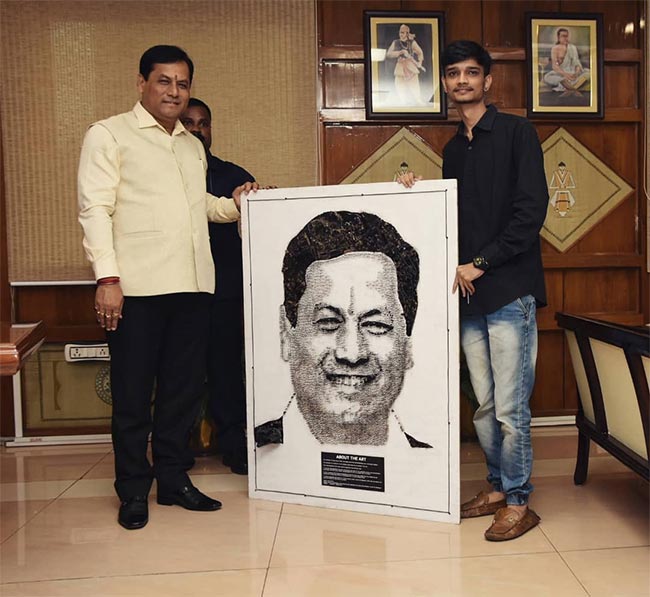 Recalling the process, he said,

Initially, people in neighbourhood and at electronics shops refused to give me e-waste as they thought I will sell off precious metals and valuable parts to earn money. After a lot of convincing, I managed to gather waste and create a piece. Since the idea was new, it got a great response from the people, even the CM and that set me on the path to creating more artworks.

My parents have realised that I am made for art and it is my artworks that have brought us recognition and respect. Today, even people in the neighbourhood or local mechanics and shopkeepers know me and save e-waste for me. Some even drop by at home to deliver e-waste. I dismantle them like in case of phones; I take out the battery, keypad and other smaller parts and then use the body of it.

When asked why he uses art as a medium to create awareness about the growing problem of e-waste, he said,

Nobody appreciates on the face messaging. Today, if you will ask someone to stop generating waste, it will probably fall on deaf ears. But through innovation and creativity, you can catch the attention of people and communicate.

Rahul has won many awards for his innovative artworks. He also made it to the Asia Book of Records. The young artist is now planning to create a portrait of PM Narendra Modi. 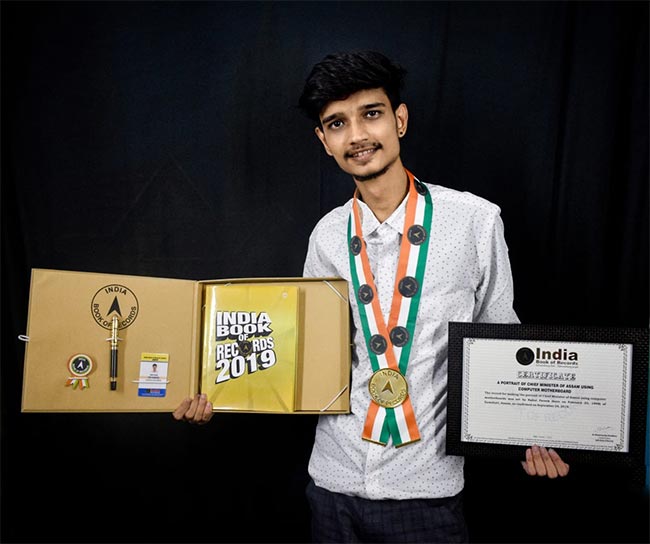 Rahul has won many awards for his innovative artworks

Related Topics:
Assam E-Waste
Up Next

COVID Cases Rise In Delhi-NCR: Should Schools Be Shut Or Will Strict Implementation Of Masks Work?

How Dangerous Are The New COVID Variants? Should India Prepare Itself For Another COVID-19 Wave?