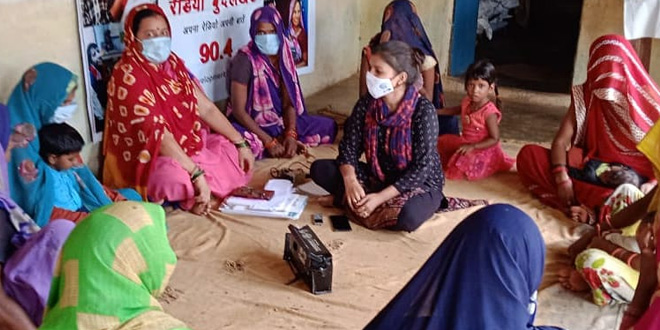 Climate warrior Varsha Raikwar from Madhya Pradesh has been using radio to encourage the conversation around climate change, for 5 years now

New Delhi: ‘Bhagwan ki jesi marzi’ (It’s God’s will) is the answer Varsha Raikwar would get every time she would question her father about the reason behind poor rainfall and crop yield in the Bundelkhand region of Madhya Pradesh. The region, spread across parts of Uttar Pradesh and Madhya Pradesh, is primarily an agrarian economy. However, over the years, droughts and the collapse of traditional water harvesting systems have put agriculture under stress, resulting in loss of jobs, income and migration. 27-year-old Varsha Raikwar, a Radio Jockey (RJ) and daughter of a farmer blames fellow human beings and climate change for the distress. 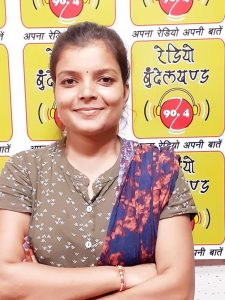 Since childhood, I have seen my father spend hours on the farmland. He would often come home and say, ‘due to poor rainfall this year, the crop yield is low and probably, it will be the same the next year. If the situation persists, we might have to migrate’. The problem never made sense to me because despite the presence of rivers in Bundelkhand how can we have water shortage for crops? My father would share the problem but I could never find the underlying cause and the possible solution for it. Over the years, a pile of questions stood tall in my head.

Ms Raikwar continued her search for answers and in 2017, she joined Radio Bundelkhand 90.4 FM, a community radio headquartered 30kms away from her district Niwari. The first assignment she got was to produce a show on climate change. However, Ms Raikwar had little to no knowledge about climate change because all she knew was, ‘Jo bhi hota hai, bhagwan ki marzi se hota hai’ (Whatever happens, happens due to the will of God).

Radio reporters who have been reporting on climate change for years helped me sail through the project and at the same time, introduced me to the concept of climate change, recalls Ms Raikwar.

It is then Ms Raikwar decided to use her platform and voice to talk about climate change and work for the betterment of her community. She also started visiting villagers and interacting with them to understand their challenges and educate them on how our actions have resulted in the ill health of the environment.

I believe women have a big role to play when it comes to protecting and nurturing the environment. They can start kitchen garden on their vacant farmland or practice water conservation at home by simply closing the water tap while doing dishes. Women can inculcate these habits in their families and neighbourhood. Therefore, when I am on the ground, I reach out to women, she said. 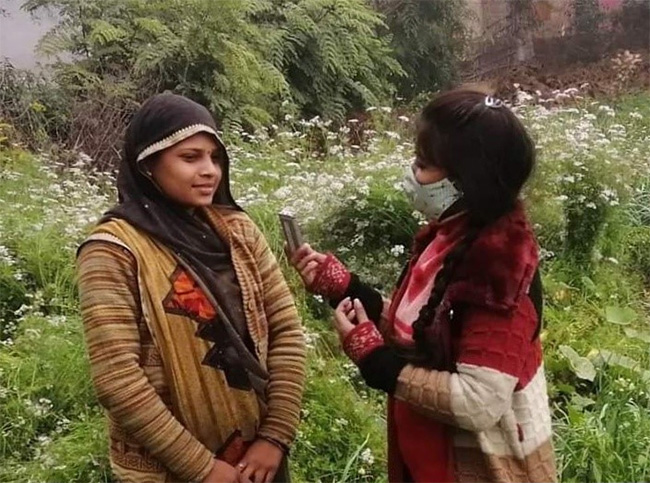 Through community radio, Ms Raikwar covers 150 villages within a 10-15km radius. In areas where even radio cannot reach, the team resorts to narrowcasting that is taking radio to the people. The team brings together a group of people and plays the recorded show for them. In the last five years, Ms Raikwar along with her colleagues has made multiple radio programmes to educate people about the pivotal role of the environment in our lives. One such programme is ‘Shubh Kal’ (Fortunate Tomorrow) which was started in 2012 and airs Monday to Friday at 3:30pm.

As part of the programme, we designed characters that would speak in the local language and give out the message in a funny way. For instance, Bundeli is a prominent language here. We developed two characters – Bero Bhauji (sister-in-law) who is old, has a hearing problem and works for the environment. And her brother-in-law acts against the environment. So, a conversation between the two is banter in a local dialect where Bero calls out her brother-in-law’s actions or educates him on varied topics like kitchen gardening – the need for it and pros, said Ms Raikwar.

One of the major impacts of the two radio characters was seen in Rajpur village where people switched to organic farming after listening to Bero Bhauji. A ripple effect was seen in neighbouring villages as well as the learnings were exchanged, said Ms Raikwar.

Along with this, Ms Raikwar noticed an uptake in water conservation especially rainwater harvesting for groundwater recharge and reusing collected water for odd purposes like cleaning. Now people don’t say ‘it’s God’s will’; they understand that since we tampered the environment, invaded biodiversity, the environment is taking its revenge. 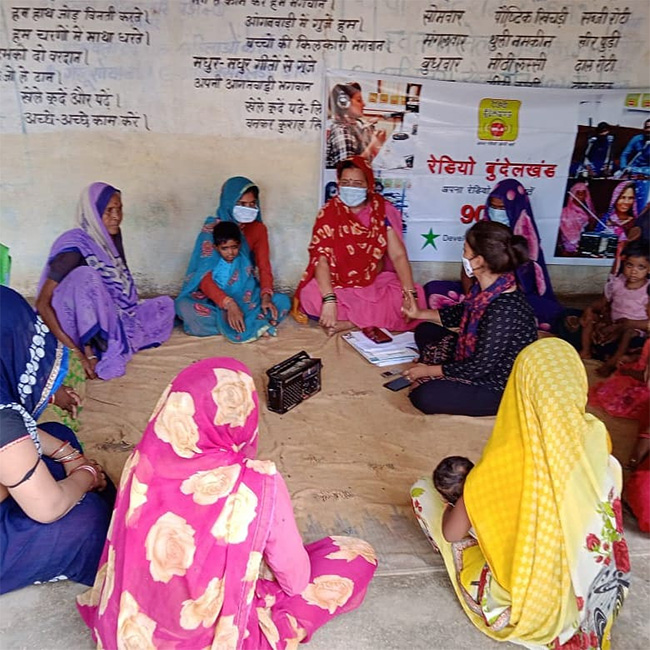 Through Radio Bundelkhand I learned that the trees I will plant today will benefit my children and the generations to come. We might not see the Sun tomorrow, but these trees will continue to live and provide us fresh air, shed, fruits and other benefits. Also, because of deforestation, there has been a decline in groundwater recharge as a result of which we don’t have enough water for irrigation. ‘Shubh Kal’ taught us to make a switch from water-intensive crops like rice and wheat to crops like peanut which are more local and require less water. 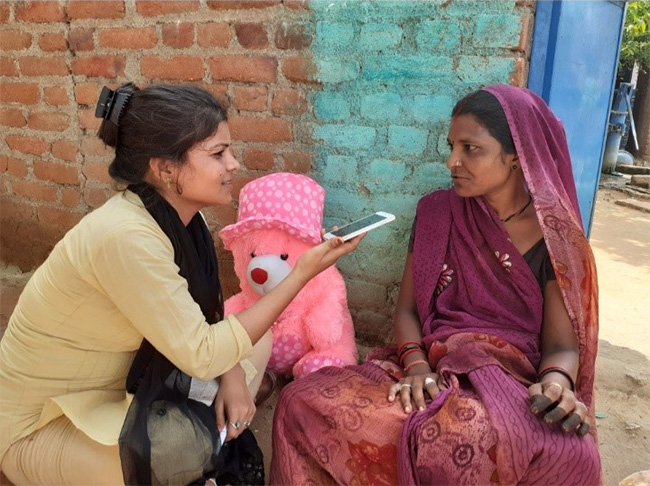 The climate warrior believes that she was able to change the mindset of the people by linking climate change to livelihood and personalising the positives of protecting the environment. Ms Raikwar now aims to have a fellow warrior in every village whose job will be to ensure best practices in the favour of the environment. Ms Raikwar’s unwavering efforts have been recognised by United Nations India and she is one of the 17 young climate leaders as part of the #WeTheChangeNow movement.