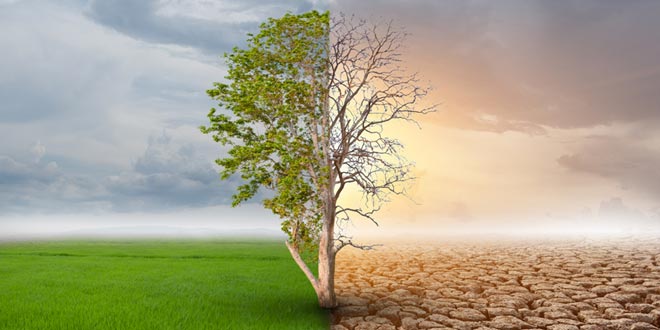 Trees and plants are natural sinks. They absorb carbon dioxide, release oxygen and store the carbon

New Delhi: The Intergovernmental Panel on Climate Change (IPCC), the United Nations body for assessing the science related to climate change, recommends the world to attain net zero by 2050. The concept of net zero emissions requires that carbon dioxide (CO2) emitted must be offset by an equivalent volume of CO2 removed from the atmosphere. The two main approaches to absorb CO2 are – natural sinks like forests and wetlands; technological sinks known as carbon dioxide removal (CDR) tech such as carbon capture and storage.

What Is A Carbon Sink?

Typically, CO2 emissions released in the atmosphere are absorbed by the land, ocean and some could accumulate in the atmosphere. Today we are releasing CO2 beyond the cleansing capability of the planet. Therefore, the accumulation in the atmosphere has become excessive and that is what is known as increasing atmospheric concentration of CO2 and is causing global warming, said Avantika Goswami, Deputy Programme Manager, Climate Change at Centre for Science and Environment (CSE).

Land-based sinks include forests, croplands, and wetlands. Ms Goswami says that land currently absorbs about 30 per cent of the excess CO2 that is released through human activities like the burning of coal, oil, and cutting of forests.

According to a report published in Journal Nature in January 2021, forests absorb twice as much carbon as they release each year, absorbing a net 7.6 billion metric tonnes of carbon dioxide annually.

Peatlands are a type of wetland that occurs in almost every country on the globe. They store vast amounts of carbon—twice as much carbon as all the world’s forests, stated the United Nations Environment Programme on World Wetlands Day in 2019.

Oceans also act as a carbon sink and that is what has led to ocean acidification because the oceans have more carbon dioxide than what is healthy for them, said Ms Goswami.

In April 2021, UNESCO warned that the oceans’ ability to contribute to climate regulation may decline and even be reversed in the future. The oceans that are now the blue lungs of our planet, could end up contributing to global warming.

The Impact Of Natural Sinks In Absorbing Carbon

As per UNESCO, without oceans and land sinks, atmospheric CO2 levels would be close to 600 ppm (parts per million), 50 per cent higher than the 410 ppm recorded in 2019, which is already well above the agreed target of limiting global warming to two degrees Celsius.

As of 2020, the world had 26 operational CCS facilities capturing 36-40 megatonnes of CO2 per year, according to the Global CCS Institute, an international think tank. Of them, 24 were in industries and two in coal power plants.

On the other hand, DACS is a technology that captures carbon directly from the air, rather than capturing it from major sources such as power plants or factories. The technology consumes electricity to do this, making it expensive. Mr Bhushan informed that the first pilot plant has just been set up in Iceland at a cost that is so exorbitant which doesn’t make any sense.

The Way Forward For Carbon Capture

Natural sinks are diminishing and some of them might become emitters. Siberian permafrost (frozen soil) will become a large emitter of Methane. Forest fires are a large emitter of CO2. On one hand, we have to deal with what we are burning right now to meet our energy requirements and on the other hand, we will have to deal with what happens when oceans become net emitters or forest fire is uncontrollable.

The first objective is to cut your emissions very quickly. From renewables to batteries to hydropower to carbon-neutral biomass to geothermal, there are umpteen technologies we haven’t tried. We are only talking about solar. We are still meeting about 70 per cent of our energy needs by burning fossil fuels. Only 25 per cent comes from non-fossil resources out of which the majority is nuclear and hydropower. Solar and wind are still very small. The world has not changed its energy track. Remember, technologies like CCS and DACS are last resort technologies. These are not first option technologies. These technologies will only be used when you have to take out a few million tonnes to become net zero. But if we think that we can continue burning fossil fuels and extract them from technologies then that’s not a viable option because fossil fuel is not only about CO2, said Mr Bhushan.

Climate Finance Could Make Or Break The COP26 Summit. Here’s Why