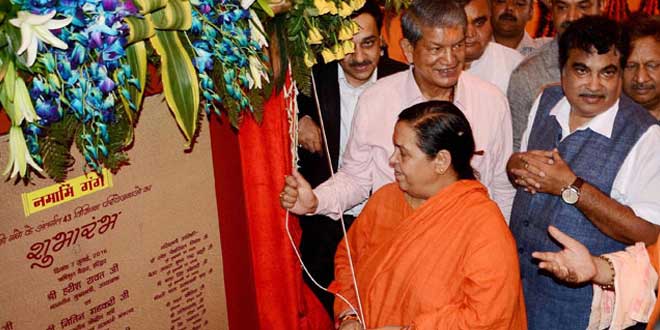 Saying that much of India’s lifeline depends on the Ganga is no exaggeration. 2,525 kilometers in length and passing through 5 major states, the Ganga provides water to 40 per cent of India’s population and is one of the country’s most used, and abused, rivers. Rampant pollution and indiscriminate dumping of industrial and other waste for years has resulted in the Ganga becoming one of world’s most polluted rivers and unfit for usage in many parts of India.

The National Mission for Clean Ganga was set up in 2011 to implement programs and objectives for a clean and pollution free Ganga. In July 2014, the ‘Namami Gange’ program was announced under the National Mission for Clean Ganga initiative with an allocated budget of Rs 20,000 crores for 5 years. The objective of the Namami Gange program was to ensure sewage management, industrial discharge management and the beautification of several ghats along the Ganga. 3 years into the Ganga cleanup program, where do we stand? 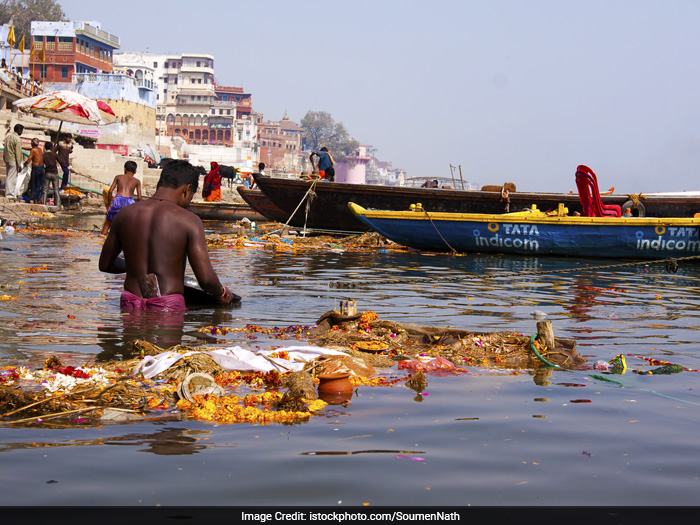 Despite several cleaning efforts, Ganga remains one of the most polluted rivers in the world

Watch: Reviving Ganga is Tough But Not Impossible: Uma Bharti

Within a month of the project’s launch, 704 industries along the Ganga’s coast were inspected by the National Ganga River Basin Authority (NGRBA) for environmental violation. Out of these, 48 industrial units which were dumping waste in the river were asked to shut down.

Polluted river surfaces in Varanasi, Kanpur, Allahabad, Mathura and Patna have faced problems related to rampant waste disposal. The river surface near Varanasi and Mathura has particularly faced severe pollution issues due to them being holy sites. As an entry level activity for the Namami Gange program, work began to clean the surface of the river in these 5 locations. So far, a total of 123 new ghats across the 5 states have also been built as a part of the program. 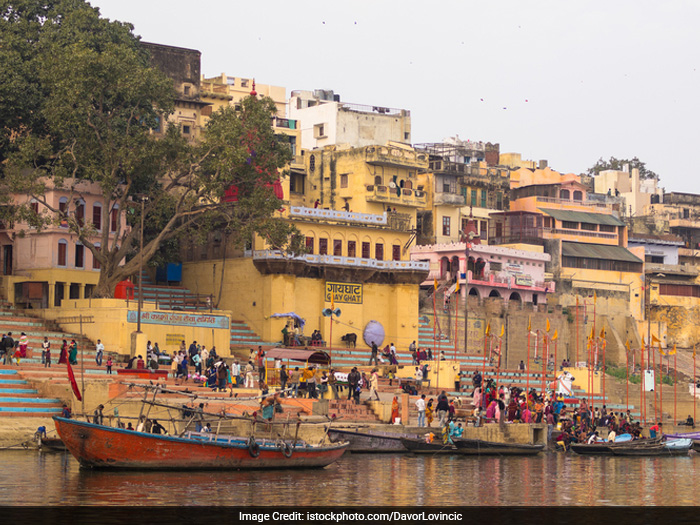 Dumping of dead bodies in the Ganges was a traditionally serious problem which seemed unsolvable for many years. The Namami Gange program proposed the building of crematoriums across the river, so that corpses could be burnt instead of being dumped on the river. During the first phase of the project in 2016, 65 crematoriums were built across the 5 states.

On the flipside, the progress on building sewer treatment plants (STP) in the basin states has been sluggish. In 3 years, only 1114.75 kilometres of sewer network has been laid, against the proposed 4031.41 kilometres. Only 35 of the proposed 86 STP projects have been completed. Though the Minister of State for Water Resources, River Development and Ganga Rejuvenation, Vijay Goel recently stated in the Lok Sabha that all the remaining projects will be completed by 2020, the enormous quantity of work remaining to be done remains a matter of concern.

Another huge cause of pollution in the Ganga is the problem of open defecation on its banks. The NMCG, in collaboration with the Swachh Bharat Abhiyaan had set a deadline of December 2016 to declare 5,169 villages along the river banks as open defecation free. But floods in Uttar Pradesh and Bihar, along with assembly elections in the former resulted in the deadline being extended to June 2017.

In the past, thousands of crores have been spent on Ganga rejuvenation projects but successive governments have not been able to contain the increasing pollution levels in the river. Proper utilisation of funds remains an issue because of bureaucratic hurdles and red-tape. In 2016-17, the NMCG was able to use only Rs 734.70 crores of Rs 1,675 crores released by the government. Overall, the NMCG has been able to utilise only Rs 1,963.18 crores of Rs 4,321.05 crores since 2011-12, displaying a huge deficit between amounts allocated and utilised. One of the biggest reasons seems to be the lack of will. For 11 years, from 2003 to 2014, the National River Conservation Authority (NRCA) did not hold a single meeting. The NRCA’s steering committee, which involves 5 member states and is supposed to hold a meeting every 3 months, had not met since 2007. 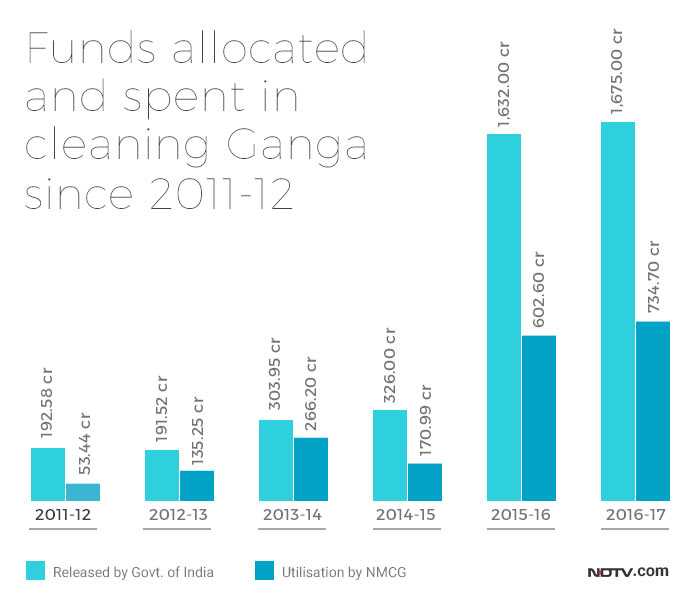 Funds allocated and spent by NMCG to clean Ganga

“A comprehensive plan is required to ensure that the funds which are being allocated are put to use. The government should regularly follow-up with the respective departments and monitor the situation. Along with allocation of funds, there should be a proper planning and monitoring body which can assess the Ganga situation regularly so that actual work gets done,” said Dr. Narayan G. Hegde, Trustee of the BAIF Development Research Foundation.

The Ganga’s vast coverage across multiple states and level of usage indeed makes it difficult to clean it up within a short time period. Recently, it was announced by the Union Minister of Water Resources, River Development and Ganga Rejuvenation Uma Bharti that the first timeline to clean up Ganga would be delayed by 8 months as “as a society formed in this regard do not have requisite powers to tackle issues related to environment and related subjects.”

But efforts are being made from multiple bodies to make the Ganga a cleaner river. On March 20, 2017, a judgement by the Uttarakhand high court gave Ganga the status of the “first living entity of India.” Giving Ganga the rights similar to a living person can have positive effects and speed up the process of cleaning the much polluted river. Given how the river Ganga is seen as deeply linked to India’s cultural identity, the Namami Gange program, along with efforts from other bodies can contribute towards the cleaning up process of Ganga.