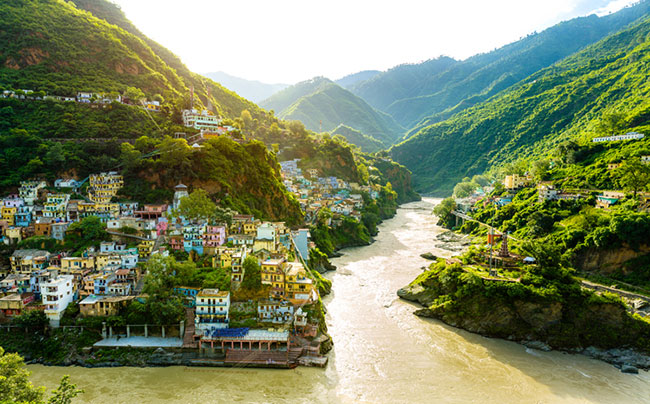 New Delhi: The World Bank has approved funds worth USD 600 million for the development of infrastructure projects along the river Ganga under the National Ganga River Basin Project. In order to take up a Basin approach, a second National Ganga River Basin Project was envisaged for an amount of USD 400 million for taking up projects on the tributaries of river Ganga with a view to address pollution abatement in the entire Ganga basin.

On Thursday, detailed discussions were held between the World Bank team and the National Mission of Clean Ganga (NMCG) on the components of the Second National Ganga River Basin Project which comprises of spillover projects from Ganga -I (on main stem Ganga) and new projects to be taken up on important tributaries like Yamuna and Kali.
The loan would be for a period of five years up to December 2026. The facility approved will comprise two parts: a loan of USD381 million and a guarantee of up to USD19 million as a payment security mechanism – another innovative feature of ‘Namami Gange’ programme.

The loan also provides USD 150 million for three new Hybrid Annuity Projects in Agra, Meerut and Saharanpur over the tributaries of Ganga.

The first World Bank project helped build critical sewage infrastructure in 20 pollution hotspots along the river, and this Project will help scale this up to the tributaries. It will also help government strengthen the institutions needed to manage a river basin as large and complex as the Ganga Basin.

The Namami Gange programme is an integrated Ganga conservation mission with a vision to restore the wholesomeness of the Ganga River by ensuring ‘Aviral Dhara’ and ‘Nirmal Dhara’, and maintaining geological and ecological integrity of the river.

Under the Namami Gange Programme, 313 projects have been sanctioned till March 2020 at a total cost of Rs. 24,966 Crores. The National Ganga River Basin Project (NGRBP) is an important component of Namami Gange.

National Doctor’s Day 2020: India To Celebrate Medical Professionals On July 1, All You Need To Know