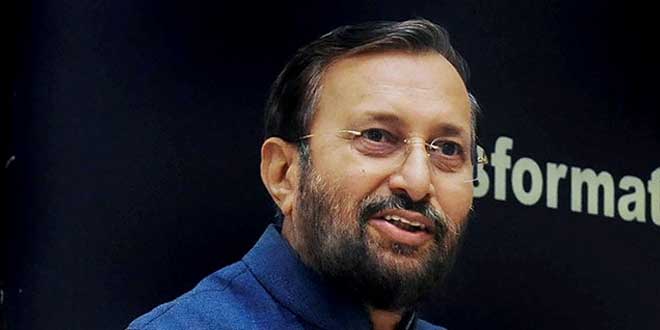 New Delhi: Eighty city-centric action plans will be launched soon in line with the budget’s focus on making “the earth green and the sky blue again”, Union Minister Prakash Javadekar said Tuesday, highlighting that the Environment Ministry has received an additional Rs 460 crore for anti-pollution measures. Mr. Javadekar said the additional amount the ministry received with the introduction of the “Control of Pollution” scheme, will be used towards state pollution boards, for reducing air pollution and to implement the National Clean Air Programme. He said at a press conference,

The budget has declared the intention of making the earth green and the sky blue. This will be achieved through more afforestation and making cities pollution-free.

He said the special scheme for pollution control has been launched in 102 cities, adding 80 city-centric action plans are ready and will be launched soon.
The action plans will aid civic administrations in tackling city-specific pollution aspects like solid waste management, vehicular pollution, industrial emissions, dust management etc, the minister said.

Mr. Javadekar said the 2019 Budget for his ministry has been increased by 16 per cent at Rs 3,175 crore, compared to last year, but as some departments have been moved to other ministries, the final amount has come down to Rs 2,954 crore. Rs 221 crore has been transferred to other ministries.

A budgetary allocation of Rs 17 crore has gone to the Department of Animal Husbandry, and the National River Conservation Programme with Rs 204 crore budget has shifted to the new Jal Shakti Ministry, he said.

The environment minister also provided a list of 28 cities with a population of more than one million where PM10 levels were more than 90 ug/m3 (microgrammes per cubic metre of air). These cities have been given Rs 10 crore each under special action plan, he said.

15,000 Discarded Plastic Bottles Used To Build A ‘Wall Of Hope’ In Mussoorie