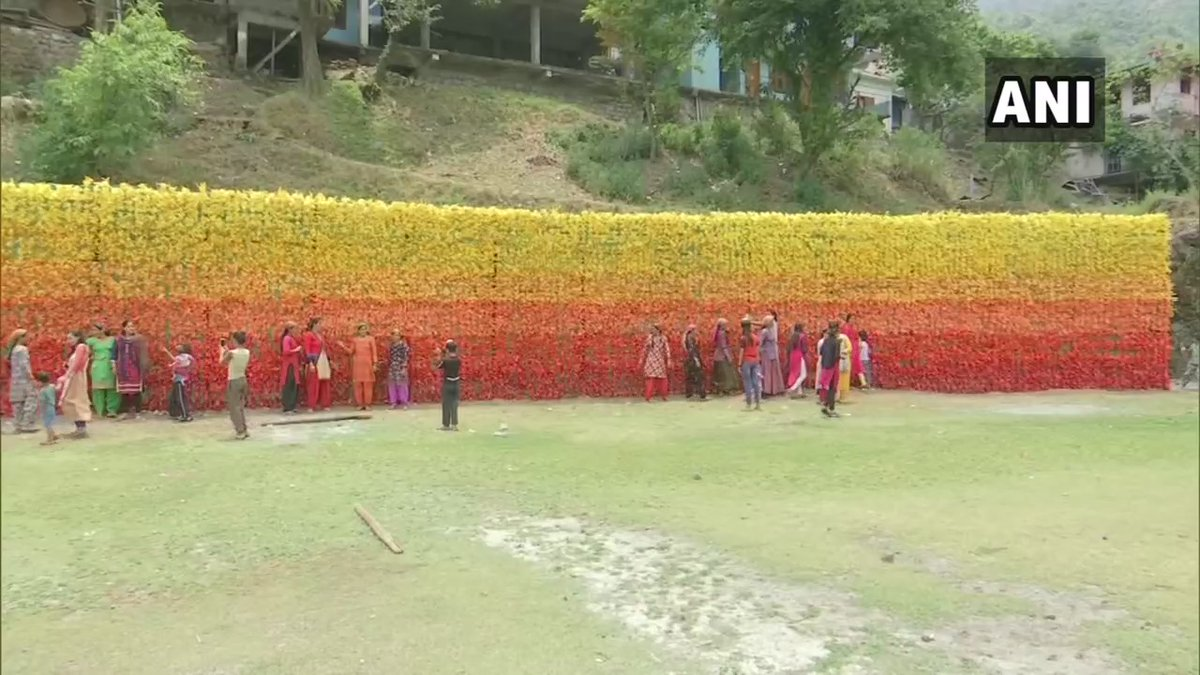 New Delhi: Mussoorie fondly known as ‘Queen of Hills’ has always been known for its serene ambiance and picturesque view of the mountains. Home to 30,000 people it attracts more than three million tourists annually. As a result of this influx, over the years like everywhere else, Mussourie has become a victim of plastic pollution. To restore the hill station back to its natural glory a ‘wall of hope’ has been constructed using 15,000 discarded plastic bottles. The motive of this 1,500 feet long and 12 feet wide ‘Wall of Hope’ is to encourage tourists and citizens to make the hill station clean and not recklessly dump garbage everywhere.

The plastic wall has been designed by Subodh Kerkar, founder, museum of Goa with the help of more than 50 volunteers from schools and colleges across Mussoorie. Talking about this one-of-the-kind installation, Subodh Kerkar said,

This installation is a gentle reminder to everyone visiting the hill that they need to keep it spick and span. The structure that we have created is completely rain and windproof. I hope the installation will inspire a sense of beauty and will complement the serene background of the hills.

Giving out details about how the installation came about and how the whole community came together to set up this ‘Wall of Hope’, Arvind Shukla, Project director, who has been working with an NGO in the region said,

To make this wall, we tied up with various waste-collectors and restaurant owners; they used to help us by giving the waste plastic bottles to us. Locals from the valley were involved too, they helped in cutting these bottles and by painting them with the colour orange. The project began two months back and was completed recently, thanks to the efforts of its people.

Seema Semwal, a villager who was also involved in the initiative told ANI that the wall has made their locality look even more beautiful. She adds,

It is a unique concept, we didn’t know something this beautiful can be constructed with waste. Hopefully, this wall will make citizens and tourists aware of why it is bad to carelessly discard their waste in the open.

This is not the first time an installation has been made using plastic waste in the hills. In 2017, a life-size art installation – ‘I Love Spiti’ was made from discarded plastic bottles and wrappers that travellers leave behind while visiting the valley. It was created by a 29-year-old travel blogger, Shivya Nath, and few other volunteers. The motive was to raise awareness about the harmful environmental consequences of using plastic water bottles in eco-sensitive high altitude mountain areas.

Plastic Pollution And Its Consequences On The Planet

In India, according to the Central Pollution Control Board (CPCB) 56 lakh tonnes of plastic waste is generated every year. The problem is that plastic waste takes 500-1000 years to fully degrade itself, which means that whatever plastic we have used till now can still be found on the planet in some or the other way.

Moreover, there are more than 5 trillion pieces of plastic floating in the world’s oceans, which is equal to the size of a country like Argentina! The problem of plastic pollution is so huge that it is taking the life of nearly 1 million birds, and 100,000 whales, sharks, seals, dolphins, and turtles every single year. Experts say if we continue to use plastic at this rate then by 2050 there will be more plastic than fishes in our oceans.