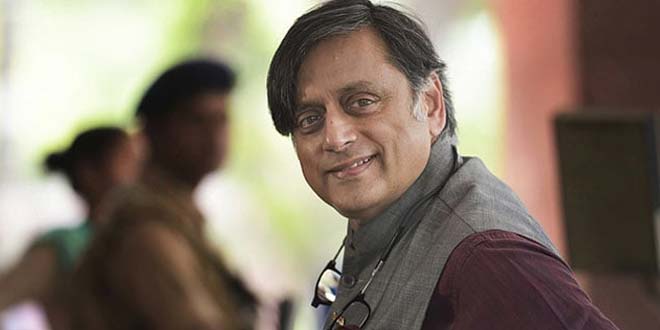 New Delhi: Member of Parliament, Dr. Shashi Tharoor took to Twitter to highlight the need for research on air pollution in India, after he received a response to his inquiry related to indoor air pollution in Lok Sabha. In a letter to Minister of Petroleum and Natural Gas, Dharmendra Pradhan, he enquired if the government is aware of the deaths due to indoor air pollution caused by traditional ‘chulha’ (stove), referring to a World Health Organisation (WHO) study. Dr. Tharoor further questioned if the government is aware of the efficiency of piped natural gas (PNG) over liquefied natural gas (LPG). Dr Tharoor’s letter reads,

Indoor cooking through traditional chulha stoves and solid fuels is a major health hazard, resulting in about 5 lakh deaths per year due to respiratory and cardiac arrests, according to WHO.

To his query, Mr. Pradhan responded by saying that there’s no conclusive data available in the country to back the WHO report. Mr. Pradhan’s response reads,

Air Pollution is one of the triggering factors for respiratory ailments and associated diseases, though there is no conclusive data available in the country to establish direct correlation of deaths exclusively due to indoor domestic air pollution caused by traditional chulha stoves and solid fuels.

Dr. Tharoor shared the letter on twitter, asserting on the need for research on air pollution in India.

In response to my LS question, Govt claims there is no conclusive data available to establish a direct correlation btwn deaths &indoor domestic air pollution caused by traditional chulha stoves &solid fuels. High time we gave greater emphasis to research on air pollution in India pic.twitter.com/k4hBGYZO83

NDTV reached out to an environmental expert for her take on the need for research on air pollution in India, on the condition of anonymity, she said,

The Indian Council of Medical Research (ICMR) study last year very clearly states that air pollution causes 1 in 8 deaths in India, and decreases average life expectancy by 1.7 years. This doesn’t specifically talk about death or health risks due to chulhas, however, international studies do point to health risks of pollution from traditional chulhas. The Government chooses to ignore this, just like it denies more severe health impact and death figures around outdoor air pollution.

Environment minister Harsh Vardhan has in the past discredited the global reports claiming over one million deaths in India due to air pollution, saying such studies are only aimed at causing panic. The expert further called for prompt action in addition to research as she asserts,

Research has its place – source apportionment studies for example – but equally important is urgent action, for which one needs stronger political will. An urgent energy transition in all sectors is the need of the hour.

Fight Against Air Pollution: A Kerala Municipality Proposes A New Rule, Plant Trees To Get A Permit To Build A House