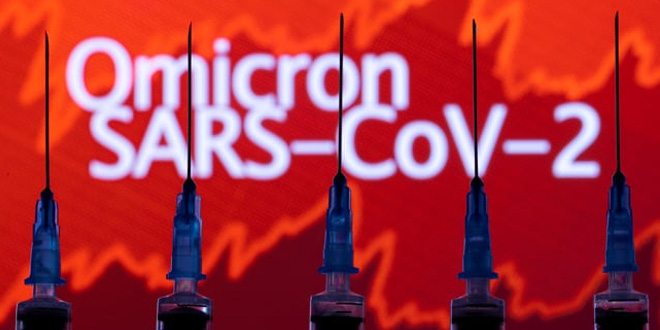 New Delhi: On November 26, World Health Organization declared Omicron, first detected earlier this month in southern Africa, to be a variant of concern. The classification put Omicron into the most troubling category of COVID-19 variants, along with the globally dominant Delta, and its weaker rivals Alpha, Beta and Gamma. Omicron has spread across the globe in 15 countries & counting on Sunday (November 28), shutting borders of many countries across the world. In its update, the WHO said it was “not yet clear” whether Omicron spreads more easily from person to person, or whether infection with the variant causes more severe disease compared to other strains. WHO highlighted that while preliminary evidence suggests there may be an increased risk of people who previously had COVID being reinfected with Omicron, but information is currently limited.

To understand the variant of concern more, NDTV speaks with AIIMS Director Randeep Guleria. Talking about the same and if it is more dangerous than other variants & what it essentially means for India, he said,

The B.1.1.529 a variant of concern is the unique mutation that has occurred. It has more than 50 mutations and 30 have occurred at the spike protein sight, so these are the cause of concern for many reasons. One is that spike protein is the protein against which antibodies are formed and which gives us the protection against the reinfections and serious infections for COVID-19. So, if we will have so many mutations on that side then one is worried that will the immunity hold or will there be higher immune escape mechanism. All this will increase chances of reinfections or getting infections even after vaccination has been done.

Dr Guleria also stressed on the second cause of concern and added that if we look at the data that has been emerging from South Africa, it shows that within two weeks there has been a four-fold increase in the numbers. He added,

This surge is a huge cause of concern as if the surge is being driven by this variant, then that means this variant is even more infectious than what we have thought of.

Talking about how the world should prepare for this variant, Dr Guleria added,

First and foremost, we should know if this variant is more dangerous – will it cause more hospitalisations and deaths and secondly how are vaccines holding up against this new variant. We don’t have this data and we need to quickly get that.

Dr Guleria further caution the public and said that no one can let the guard down and everyone needs to be very vigilant.
WHO has said that the mutations in Omicron is unusually high, does it mean that the RT-PCR test will not work or does it mean that it will lead to a different set of symptoms, explaining the same, Dr Guleria said,

Currently, the data suggests that the RT-PCR test against the mutations are working. The widely-used PCR tests continue to detect infection, including infection with Omicron. Secondly, whatever cases we have seen in South Africa with this variant currently don’t suggest that the symptoms are different but we still need more data in that domain.

Talking about will existing vaccines work against this new variant, Dr Guleria said,

In my opinion, as we move forward, we will have to make second generation vaccines, which will cover for the new strains and variants. We will definitely had declined in the efficacy of the vaccines if we have it only against the original virus. As the virus grows and mutates, we will need to develop newer generations vaccines which will cover those new strains and mutations. Our aim should be to keep the efficacy of the vaccines as high as possible and cover these new strains and variants. We will need to look at developing new vaccines every now and then, just like we do for influenza.

So, should India consider booster shots for the vulnerable population? Highlighting the same, Dr Guleria added,

We will need more data on the same, first we need to establish if this new variant has a lot of immune escape mechanism and if vaccines are not very effective against this strain of virus, it is only then we can plan our vaccine strategies.