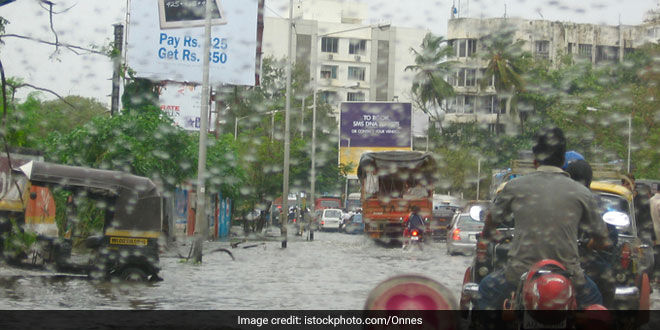 Chennai: Veteran actor Kamal Haasan, a self-declared atheist, stressed the importance of protecting water bodies and said rivers and rain should be added to the list of deities to achieve the purpose. “Add to the list of your deities… start paying obeisance to rivers and rain. If that kind of devotion comes, they will be protected,” he said.

The fact that such an appeal came “from an atheist” like him shows how concerned he is about the fate of water bodies, Mr Haasan said. He alleged that efforts were being made to turn water bodies into real estate.

The actor’s comments came at a meeting convened by a coordination committee of various farmers associations. His remarks also assumed significance in the wake of incessant torrential rains in Chennai and its suburbs and severe water-logging in many areas, leading to fears of a repeat of the 2015 deluge here.

After the 2015 deluge, charges were levelled that unplanned development of real estate, with water bodies and water paths encroached to build concrete structures, had led to the flooding.

Mr Haasan, who had recently visited Ennore creek where he voiced concern over encroachment and fly ash affecting fishermen’s livelihood and threat of flooding, also expressed concern over the fate of water bodies in the city.

There is no information on lakes in and around Chennai and attempts are being made to turn them into real estate, he said.

The actor claimed a “river has gone missing” in Tamil Nadu, but did not elaborate on it.

Mr Haasan, who has been dropping hints of taking the political plunge of late, said his supporters and “some friends”, numbering around five lakh, have plans to refurbish water bodies in the state. They would soon meet farmers’ representatives to implement the proposal, he added.

Agriculture is an ancient and fantastic profession. It even inspired wars, but songs, poems and science also grew because of it… the 7,000 year-old agriculture is required even today, he said.

The national award-winning actor also took a swipe at the extraction of hydrocarbons, another issue in Tamil Nadu.

Hydrocarbons cannot be eaten and are meant to be used in lifeless machines. It is not fit for man and nature. Plundering nature in the name of development and science has affected the world, particularly India, he said.

Locals and farmers have been resisting extraction of hydrocarbons from farm lands in Kathiramangalam and Neduvasal.

Related Topics:
Chennai
Up Next