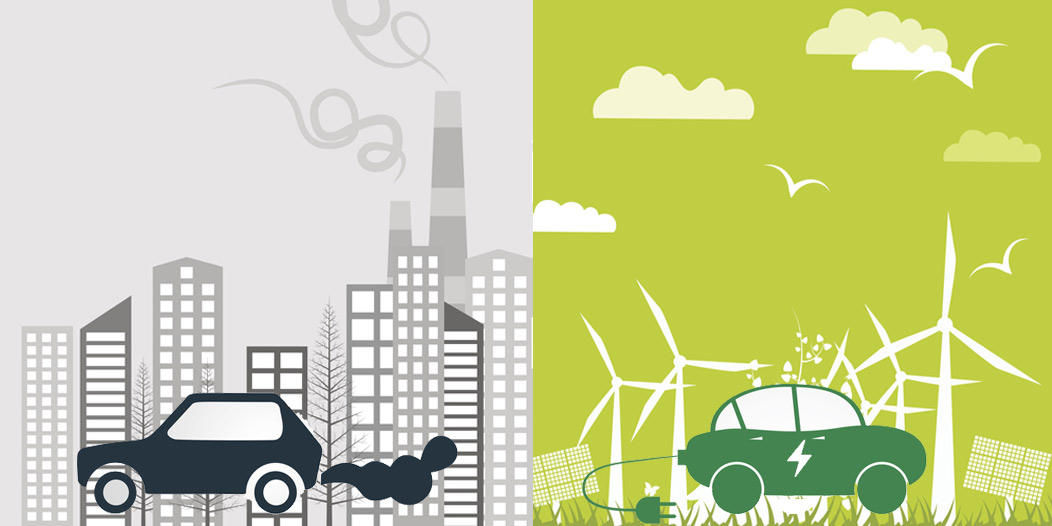 New Delhi: In 2001 when Chetan Maini launched India’s first electric car, Reva, it was almost dismissed as a new age fad something that would fade away soon, recalls a spokesperson of an energy service company of the Government of India, Energy Efficiency Services Limited (EESL), which has been tasked by the central government to lead electric mobility initiatives in the country. Almost two decades later, Reva which saw the sale of only a few hundred units in the initial years and was acquired by Mahindra and Mahindra in 2010, has seen a growth in sales in the last few years. The company has sold more than 5000 units till now of the upgraded version of electric Reva, which the company has named as ‘ e2o’. Growing concerns about the rising air pollution and vehicular emissions being identified as a major contributor, the Government of India started pushing for faster adaptation of cleaner technologies. Electric vehicles (EV) are yet to gain mainstream penetration as these should, as not even one per cent of the vehicles in India are currently electric. But this might change soon as the central government and many state governments have been pushing for the cause of electric vehicles since past few months and are also taking concrete steps like investing in electric buses, encouraging electric cars for their fleet to drive the demand for EVs in the market, and installing charging stations.

Here are five examples where EVs have already made a difference because of these being no emissions, no noise, cost-effective machines when it comes to running costs:

Navy Goes Green With E-Scooters On Board

In October last year, Indian Navy launched a pilot project of using electric scooters for its Mumbai office. It purchased six Okinawa i-Praise electric scooters in a bid to promote a more sustainable form of mobility. According to the spokesperson of Okinawa,

The Navy bought the electric scooter for their local official commute. These scooters are being used within the docks for internal movement. Driven by concern about environmental degradation and the desire to cut costs of their daily commute, the Navy opted for a pilot project and post its success the Navy decided to buy more electric scooters. 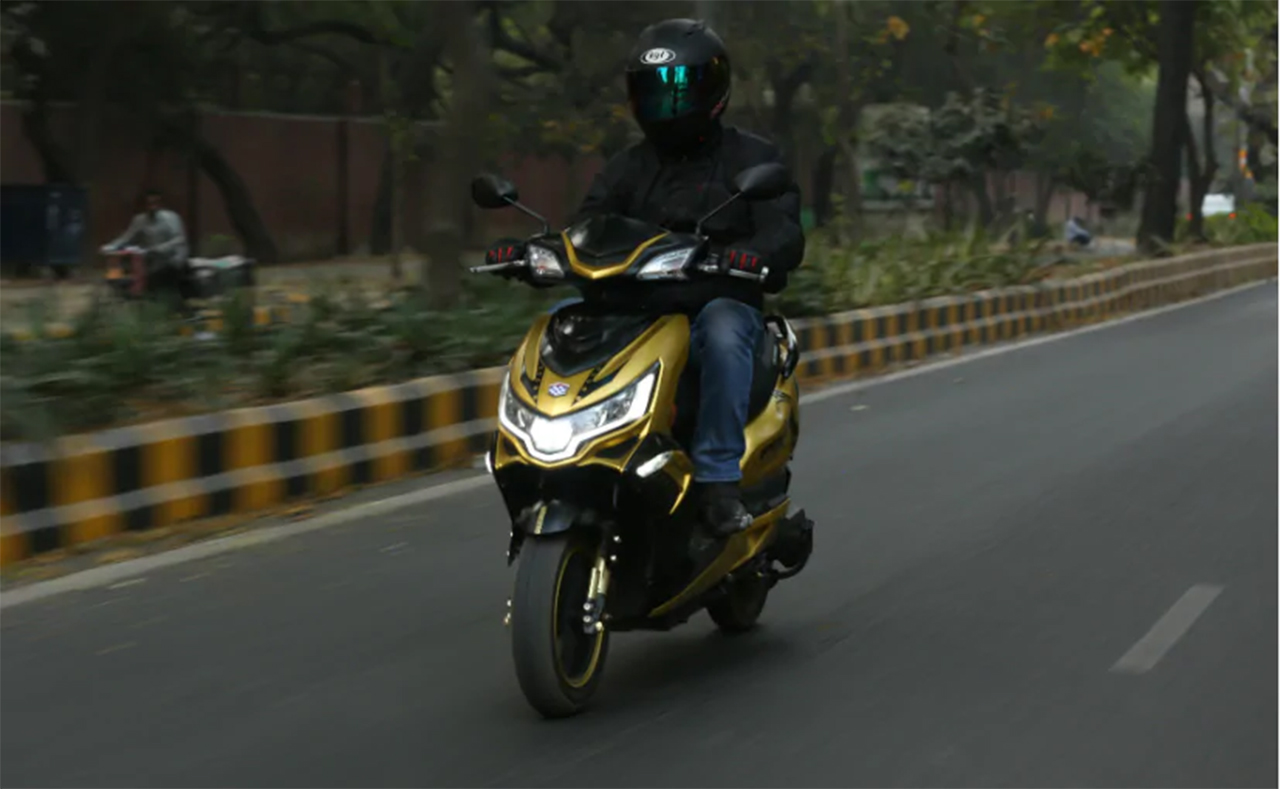 The spokesperson of Okinawa further said that Okinawa i-Praise is equipped with a detachable lithium-ion battery which makes charging the scooters very easy. She said,

The scooter is about 30-40 per cent lighter in weight than other EVs in this category. The detachable battery feature makes it easy to charge anytime and anywhere at our own convenience. It’s like charging your laptop. It does not require any special charging infrastructure. It takes about 2-3 hours to charge the scooter and gets a range of 160-180 km per full charge. The Navy has ordered for more vehicles and we will be providing nine electric scooters to them very soon. They are also planning to ply electric scooters at other locations as well.

In March 2018, Tadoba Andhari Tiger Reserve (TATR) in Maharashtra launched a pilot project of running electric vehicles safari instead of the older fossil-fuel burning jeep. Two electric vans of Mahindra and Mahindra, e-Supro, were used for this project. These were specially customised for jungle safari and were given to the TATR officials on a trial basis. According to an official of TATR,

Replacing jungle safaris with electric vehicles have proven to be very useful because vehicles running on diesel engines make noise which disturb the animals and also produce a lot of pollution. However, the electric vans are bringing with them a great experience of a quiet and pollution-free safari in the jungle. The chances of spotting tigers will be more as there will be no noisy diesel engine to announce the approaching of human beings. 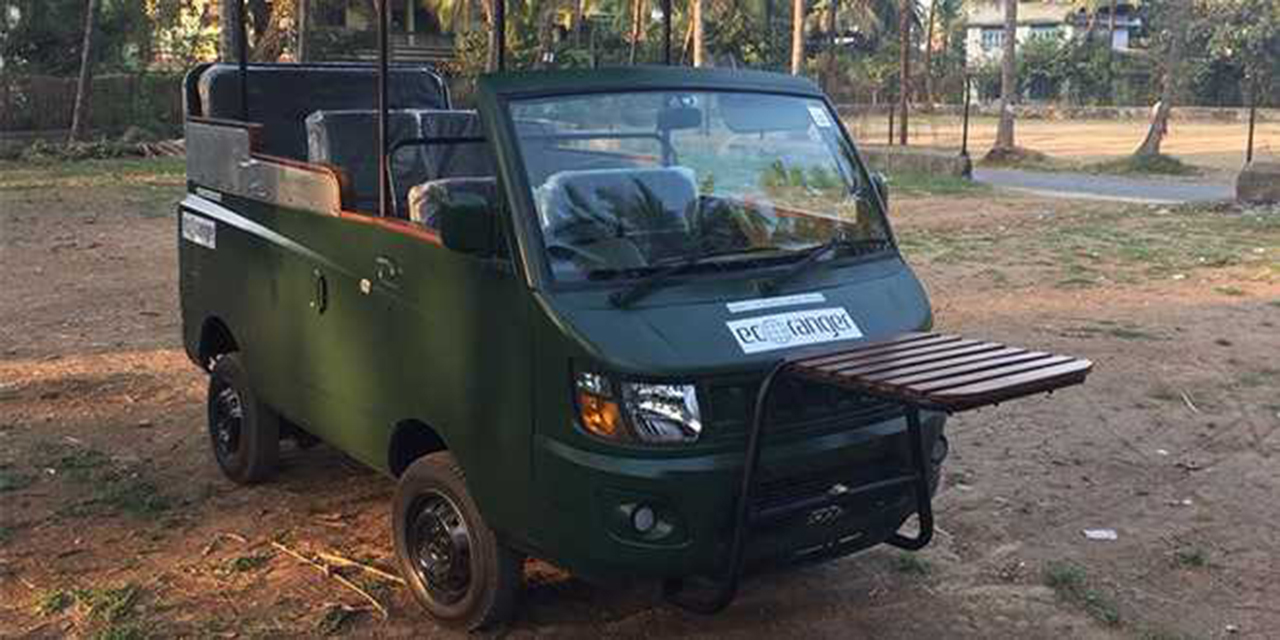 In a bid to keep air pollution under check, Mahindra Electric has specially customised its electric vehicle e-Supro for jungle safaris 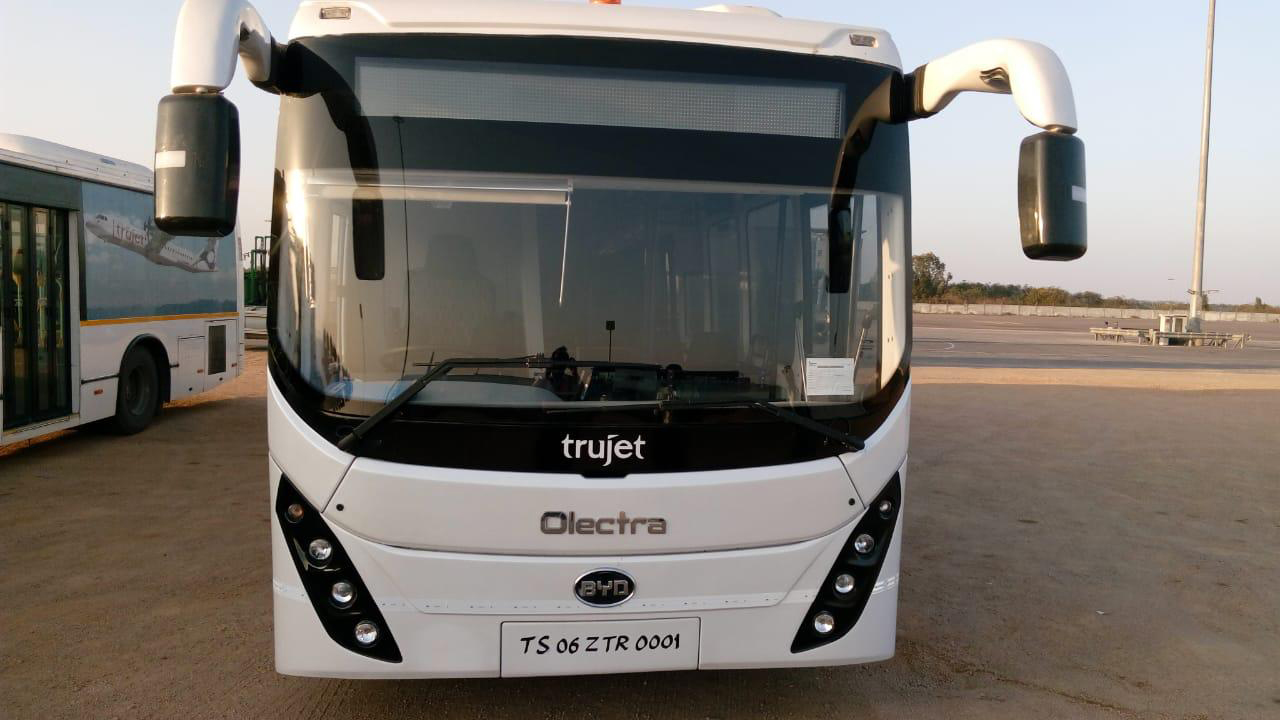 According to Naga Satyam N. Executive Director of Olectra-BYD, an electric bus manufacturing company, electric buses provide a feel of a luxury vehicle as these do not produce any sound, are vibrationless and emission-less. Olectra-BYD and Tata Motors have been providing the electric buses to the airports. Mr. Satyam said,

We, Olectra-BYD, have recently supplied one electric bus to an airline in Hyderabad. It helps the airport in cost-cutting on the internal commute.

The 32-seater electric bus takes about 6-7 hours of charging and can run for a distance of 180 km per charge which sustains for about one day at an airport.

E-Carts Carrying Travellers From Platforms To Platforms At Railway Stations 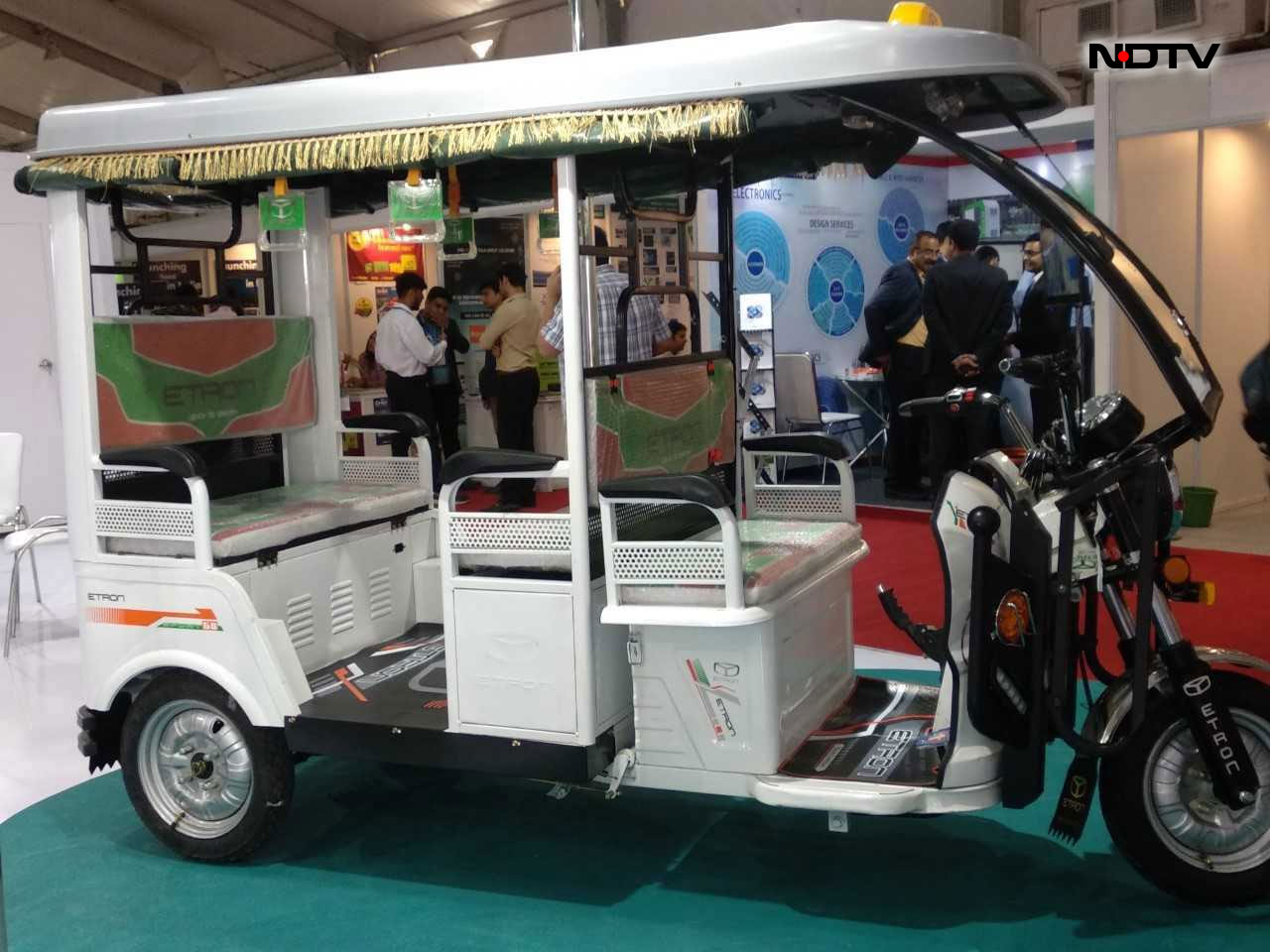 Electric vehicles like battery-operated carts are used for providing support in moving between platforms to the elderlies, medical patients and differently abled at many railway stations around India

According to a spokesperson of Society for Manufacturers of Electric Vehicles (SMEV),

Electric cart have become more sophisticated and efficient now with the advancement of technology as compared to the vehicles first deployed by the Railways. Those vehicles were heavier, slower and had less efficient battery capacity. Now, the e-cart have much more efficient lithium-ion batteries that are faster, and more comfortable.

One can book the e-carts at the railway station from passenger inquiry counter and make their way easier to reach to the train. Mostly, these vehicles prove useful for the specially abled people, senior citizens, expecting mothers, and people who are ill. At some stations, this facility is available for free of cost while at others it is available by paying a minimal amount of Rs. 10-20.

As a part of its green transportation initiative, Madhya Pradesh Urja Vikas Nigam Limited (MPUVNL), Bhopal has purchased seven Tata’s Tigor EV electric cars from EESL on a pilot project basis for its senior officials and is running them purely on solar power. MPUNVL currently has the solar power generating a capacity of 60 KW (kilowatt) which will be extended to 100 KW by the end of 2019. 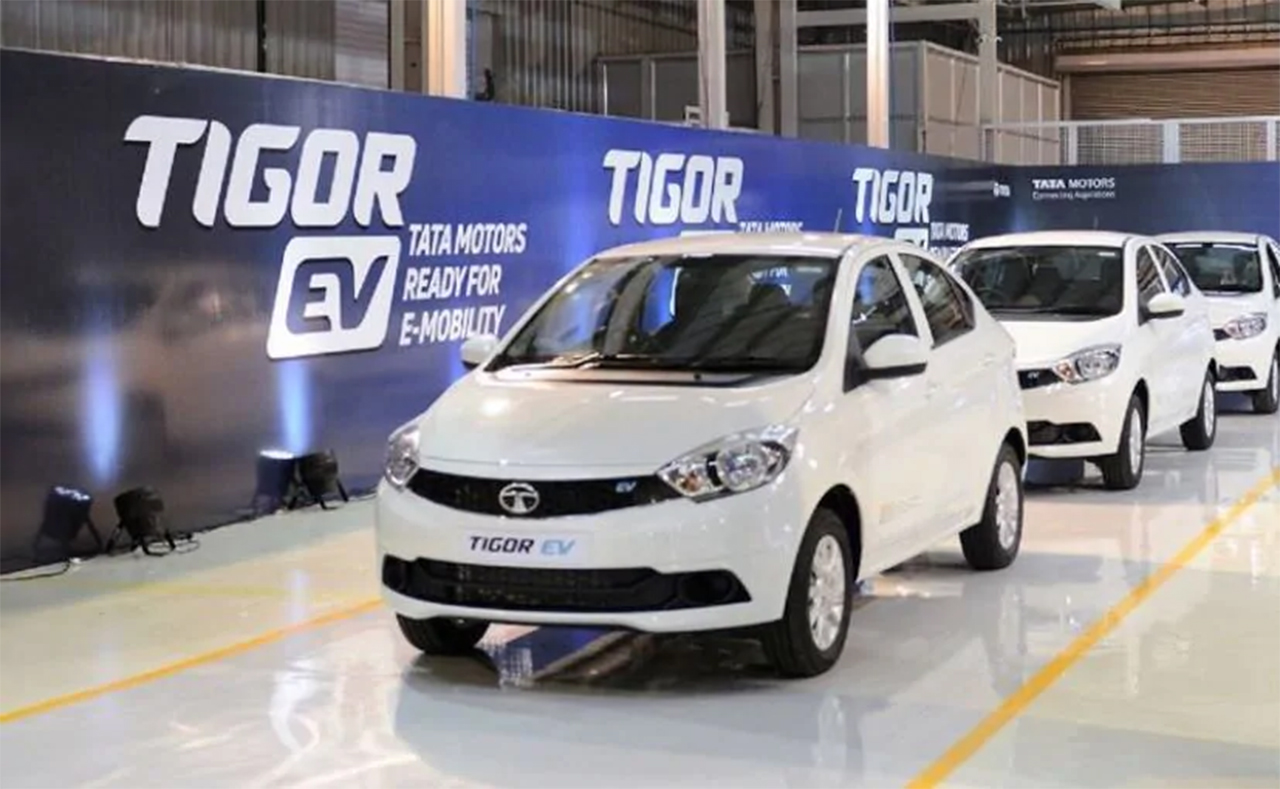 We purchased seven electric cars a few months back to let our officials experience the vehicles and their no noise, no vibration and no pollution features. We aim to buy more vehicles in the next financial year. Currently, we have a capacity of generating 60 KW of solar power which is more than enough for the seven e-cars we are running. Solar is the perfect solution to the carbon emission problem we are facing.

MPUVNL has also installed two fast-charging stations which can charge the car 100 per cent in 90 minutes and the car can run for the distance of 180 km per charge.

India’s Push To Go Electric is a special series by NDTV-Banega Swachh India team. Through a series of five articles, we aim to demystify the concept of electric mobility in India as it targets to achieve at least 30 per cent of vehicles on road to be electric by 2030. The series provides an overview of the current status of the electric vehicles sector in India and the challenges faced by it in terms of infrastructure and technology.