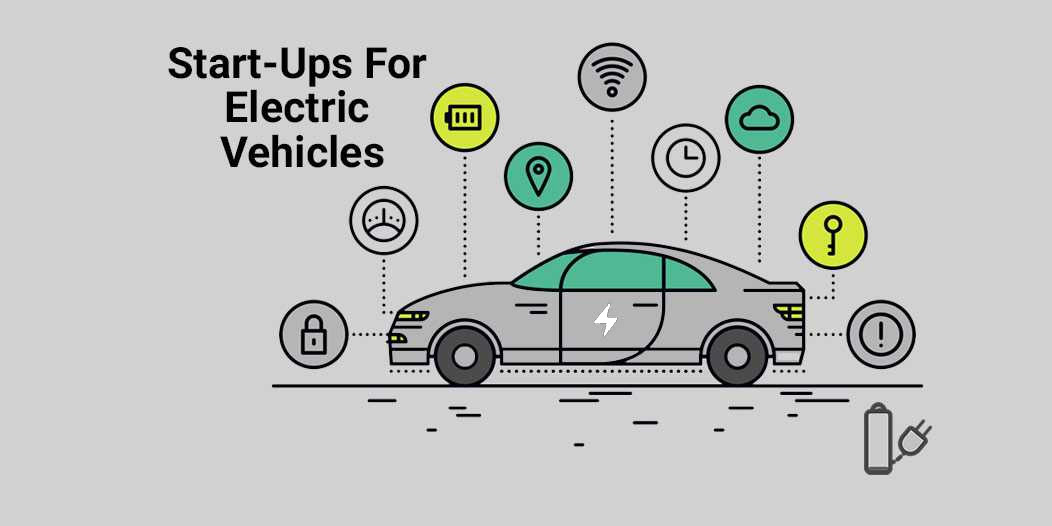 New Delhi: People in many cities of India experience high levels of air pollution every year. Vehicular emission being one of the biggest reasons for pollution, the government has started pushing for faster adoption for the less and zero-emission vehicles like hybrid and electric vehicles (EVs) and has set a target of having 30 per cent of the vehicles on road to be electric by 2030. Meanwhile, in a bid to combat pollution, the Supreme Court banned the sale of all vehicles which do not comply with Bharat Stage (BS) VI emission norms, from April 1, 2020. The Bharat stage emission standards are standards instituted by the government to regulate the output of air pollutants from motor vehicles. Eliminating older engines and mandating BS VI, according to experts, would be a big step in dealing with vehicular pollution because BS VI vehicles will be fitted with particulate matter filters in the exhaust pipes and will emit less sulphur. So while most players in the automobile industry have been busy in preparing for the upcoming shift and upgrading the stock of their vehicles for 2020, meanwhile, new competitors are getting ready to take advantage of transition towards the nascent electric mobility to break into the market.

Spero Electric, a startup venture of Milltex Engineers, founded in 2016, is a Coimbatore based mill machinery and spare parts manufacturing firm that aims to offer a smart alternative for the current urban commutation problems. In 2016, it manufactured three electric bicycles variants to choose from- Spero e30, Spero e60, and Spero e100. The e-bike Spero e30 covers 30 kms in a single charge and is good for the daily commute to workplace with a minimal amount of pedaling. Spero e60 offers a longer range of 60 kms and Spero e100 has the capacity to run 100 kms with a single charge. Spero e-bikes give you a chance to ditch your polluting vehicles and opt for efficient eco-friendly alternatives. 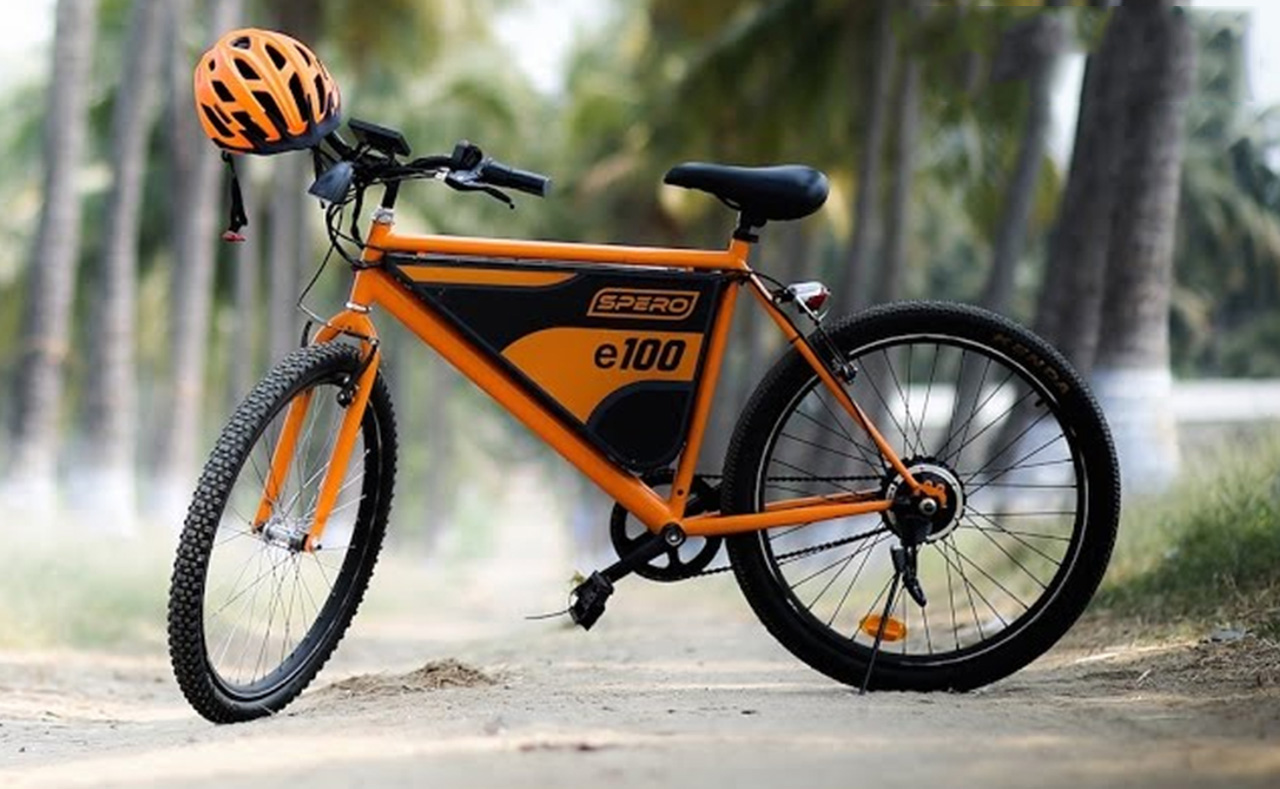 The Spero electric bike, which comes with three models ranging from 30 km to 100 km, has a rechargeable battery and motor

With a top speed of 25 km per hour, Spero bicycles come with one year warranty and run on lithium-ion batteries which can be charged 100 per cent in about three hours. The unique property of Spero is that these cycles are ‘regenerative’ which means that the energy generated by your pedaling will not get wasted and will be used by the cycle to charge itself. It also has a feature called ‘cruise mode’ in which if you travel at a constant speed for six seconds, the cruise mode will take over and the rider can ride smoothly without pedaling and accelerating. The cycles have a digital display which shows charge level, current speed, distance covered. The price of Spero electric bicycle ranges between Rs. 30,000 to Rs. 50,000.

Also Read: The Temple Town Of Tirupati Gets 105 ‘i-Praise’ Electric Scooters From Okinawa

Ather Energy Private Limited is a Karnataka based electric automobile manufacturing company which was found in 2013 by IIT Madras alumni Tarun Mehta and Swapnil Jain. What makes Ather Energy unique is that it is the first Indian startup to completely design and manufacture electric scooters domestically. As per Ravneet Phokela, Chief Business Officer at Ather Energy, the electric scooter Ather S340 became popular in Bengaluru soon after its launch in February 2016 and has also become one of the top-selling electric scooters in India. 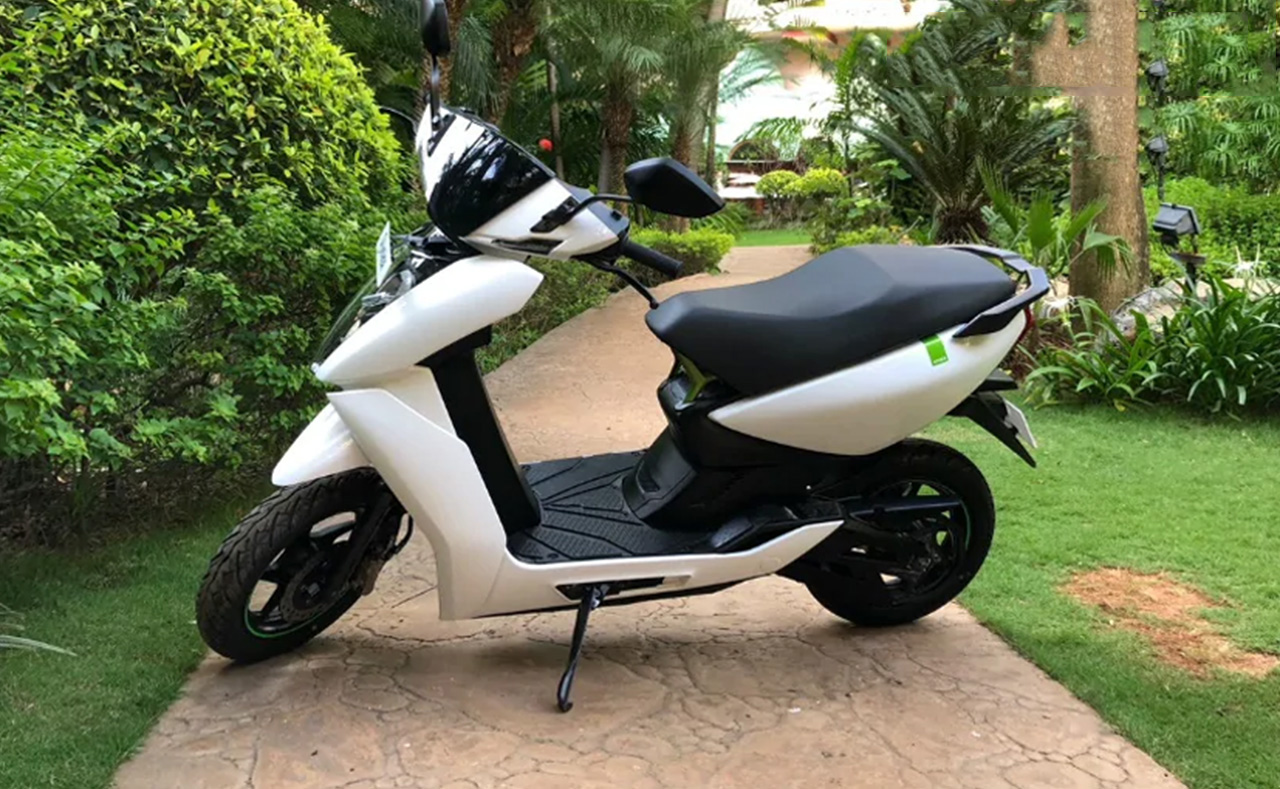 The scooter takes about one and a half hours to charge fully and gives a range of 60 km for a single charge. The top speed which the scooter can achieve is 70 km per hour. The price of Ather S340 electric scooter is approximately Rs.1 lakh. The company provides pre-configured drive modes like sport and economy for a personalised experience of the user.

The company has also launched Ather 450 and Ather 340 electric scooters in the market. Along with electric two-wheelers, Ather Energy provides home charging solution to its customers and has also stepped into installing public chargers where people can charge their two-wheelers for free of cost, in an effort to build an ecosystem for electric vehicles in India.

Emflux Motors is a Bengaluru based EV startup company founded in 2016 by former executives at Jugnoo (online auto-rickshaw aggregator) Varun Mittal and Ankit Khatry, and former designer at TVS Motors Vinay Raj Somashekar. It launched India’s first electric superbike named ‘Emflux One’ in April 2018. The Emflux One can run with a top speed of 200 km/h and gives a maximum range of 200 km per full charge. The e-motor bike gets fully charged in about one hour and is priced at approximately Rs. 11 lakh. 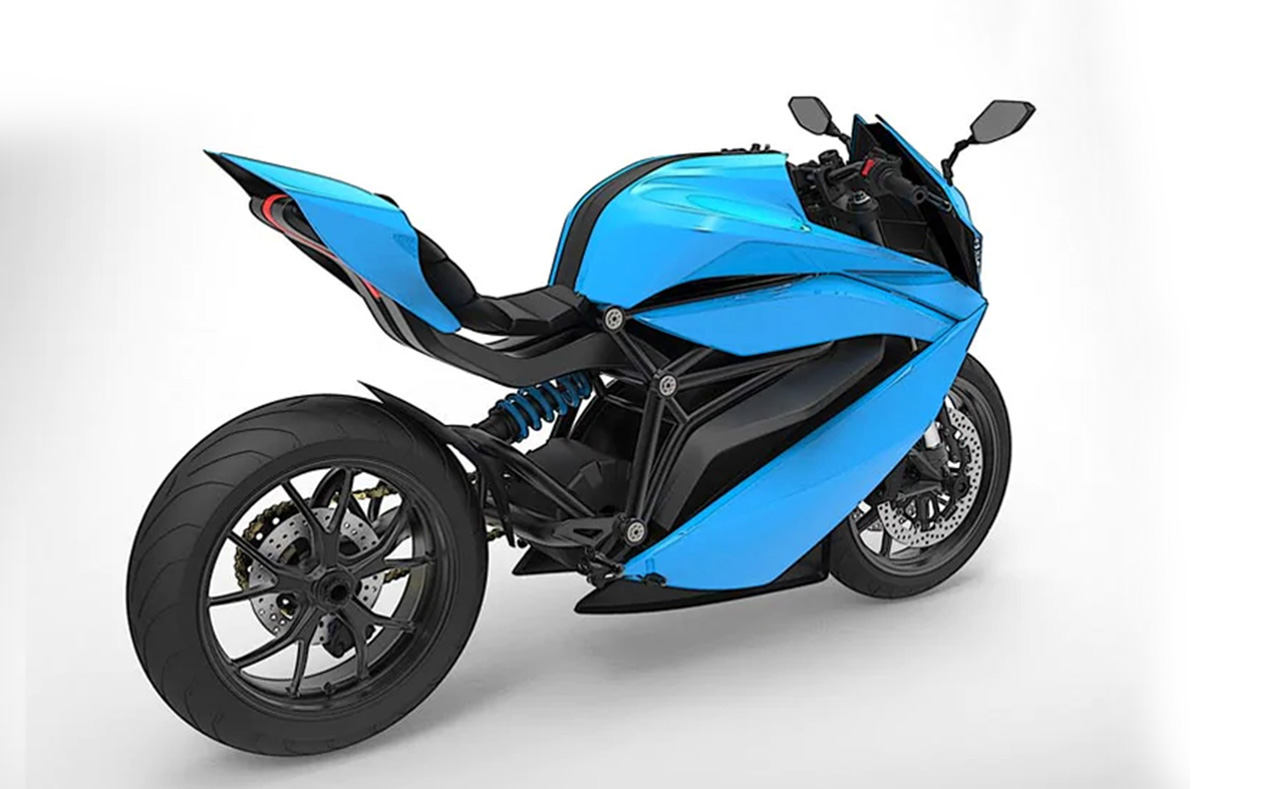 Launched in 2018, Emflux One, an electric superbike is currently priced at Rs. 11 lakh which is too high for the mass market

The electric bike uses superfast charge technology called ‘Wrap’ which enables the vehicle to get 80% charge in 36 minutes. The bike also has an inbuilt charging station locator.

The startup is working on making the bike more affordable for people and aims to deploy more than one million bikes in the country in the next 5 years. As per the CEO and co-founder Varun Mittal,

India is gradually becoming mature in terms of technology for electric vehicles and with encouragement from government, finding EVs everywhere on the roads will be just a matter of few years. 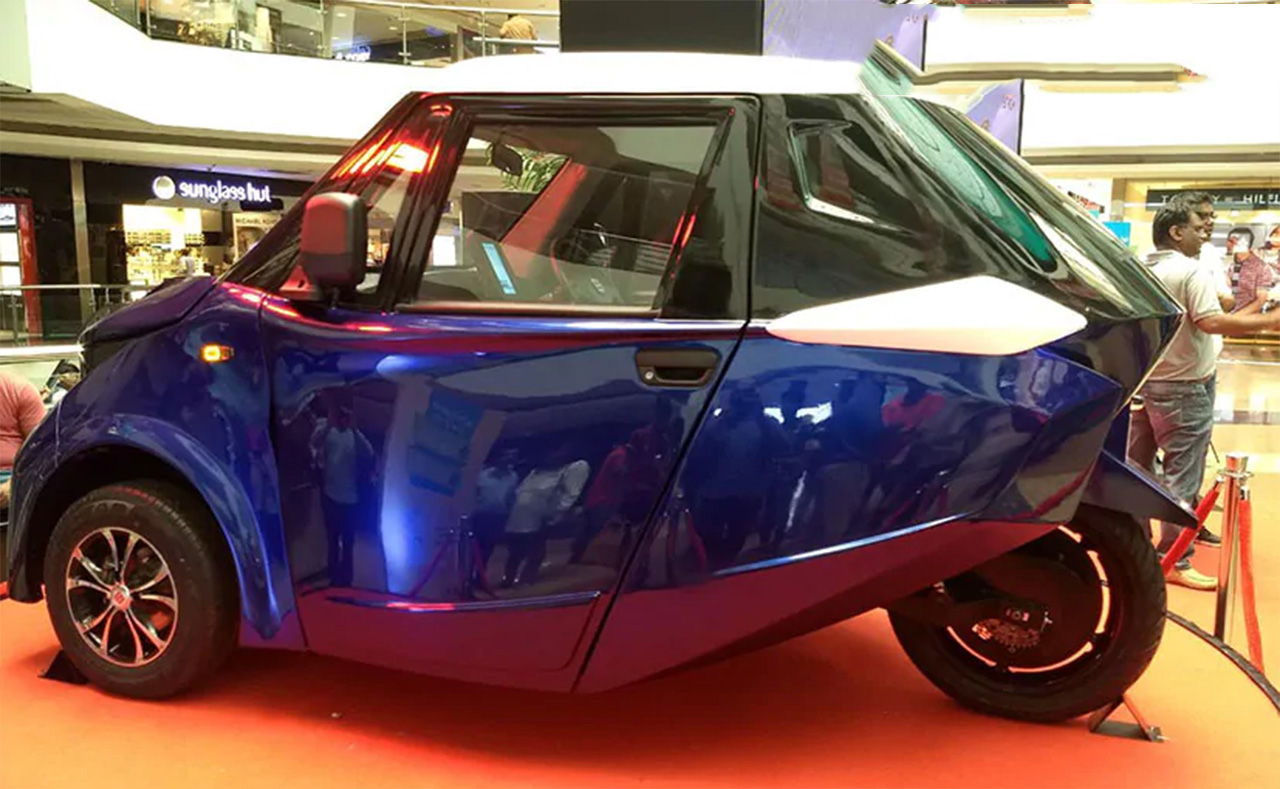 The car has two doors and can be parked in a space no bigger than 2 bikes. The car offers a range of 80 km which can be upgraded to 120 km if required by the user. The car has two kinds of charging system- a normal charger that can charge Strom R3 in about 6-8 hours, and a fast charger that can charge the car with 80% power in two hours. The car also has regenerative braking technology, an energy recovery mechanism in which the energy produced due to friction while braking can be stored and used later to run the car.

In the four-wheeler segment, the only domestic EV startup is the Bengaluru-based Mahindra Electric which was established as a startup of Mahindra and Mahindra in 2016. Mahindra Electric’s e2o plus (a modified version of Reva) and eVerito electric cars are popular in the electric vehicle segment of the automobile market.

E2o plus, according to Mahindra Electric, is perfect for everyday travel in the city. It has a maximum driving range of 120 km and a top speed of 80 km per hour. It can be charged in seven hours and 20 minutes by a slow charger and in one hour 35 minutes by a fast charger. 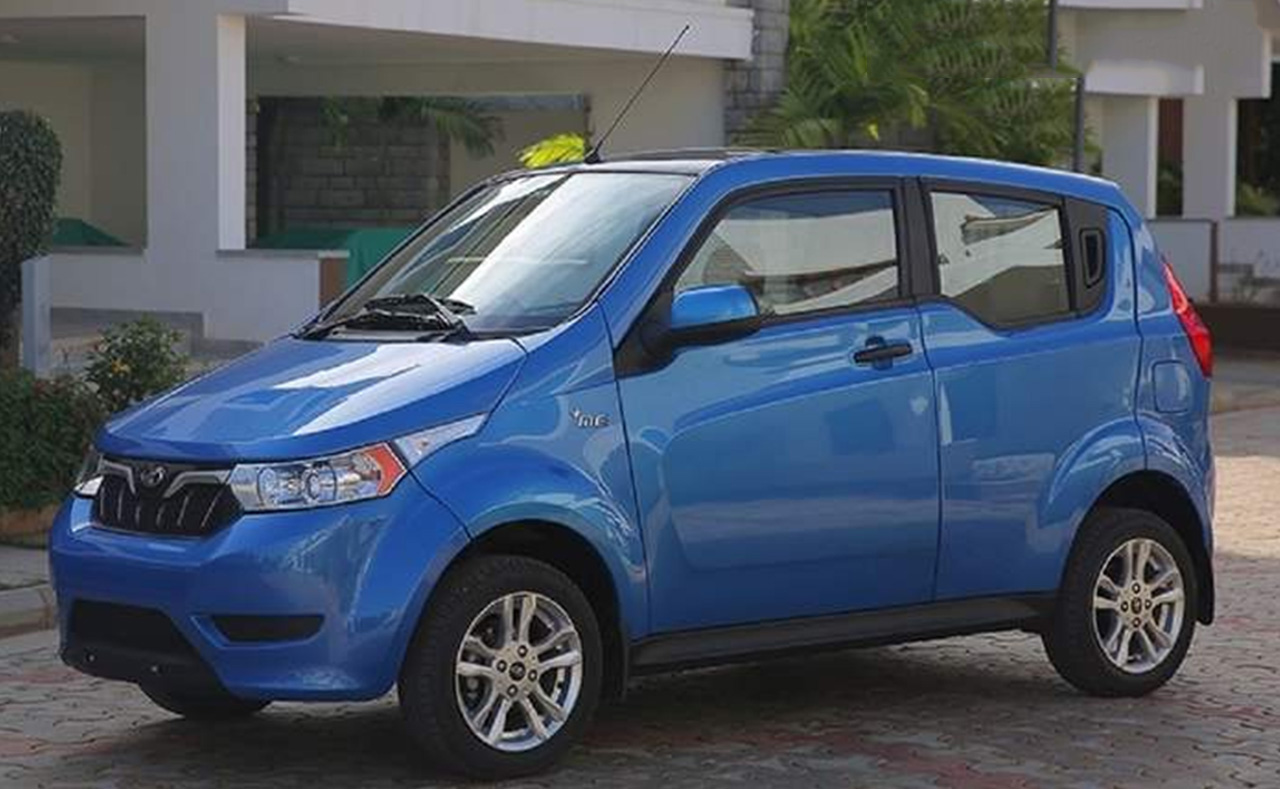 The e2o Plus, an electric car by Mahindra Electric has a driving range of 120 km and can be charged completely in approximately eight hours

The car also has regenerative braking technology and smartphone connectivity. The cost of Mahindra e2o Plus is approximately Rs. 8.5 lakhs. Mahindra Electric, the cars of which have recently completed 10 crore km on road has launched a mobile app called NEMO – Next generation Mobile applications which can show charging cycle, real-time driving data and also has voice controls to make the EV experience easy for users. Mahindra electric has also launched India’s first electric van named eSupro. 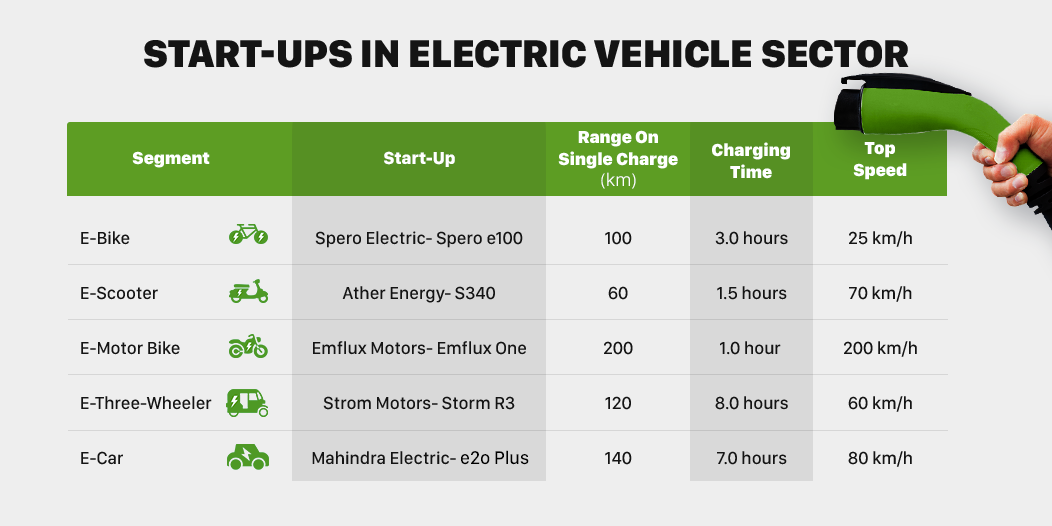 India’s Push To Go Electric is a special series by NDTV-Banega Swachh India team. Through a series of five articles, we aim to demystify the concept of electric mobility in India as it targets to achieve at least 30 per cent of vehicles on road to be electric by 2030. The series provides an overview of the current status of the electric vehicles sector in India and the challenges faced by it in terms of infrastructure and technology.

Buying Guide: Things You Must Know About Electric Vehicles