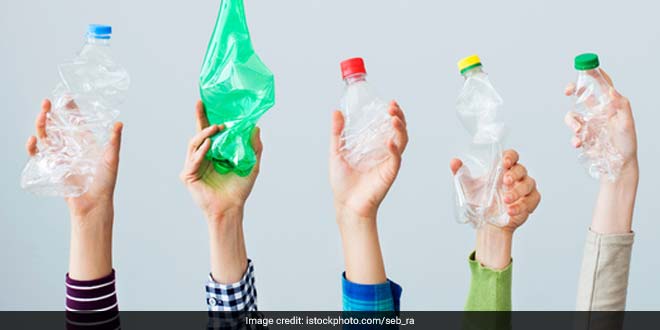 Mumbai: It was a weekend with a difference at Ahmedabad’s popular hangout spot – Kankaria lake. Usually crowded with people enjoying a relaxed time off with family and friends, this time there was something new that caught the attention of the weekenders. A machine that magically took away people’s plastic bottles, the city’s first plastic vending recycling unit. But it was not just that. Those who lined up to check out this new installation, many of whom were children, realised that not only did the machine take away plastic bottles, it also gave back something to the users. Money vouchers, basically the more bottles a user deposits, the more he or she is rewarded. Installed by the Ahmadabad Municipal Corporation (AMC) on June 16 as an incentive to help people shun plastic items from their lives. Within 48 hours of its installation, a total of 5,000 bottles were deposited in the recycling machine.

On World Environment Day, when the central government committed itself to make India a plastic free nation by 2022, state Chief Minister Vijay Rupani announced installation of over 20,000 vending machines to recycle plastic across Gujarat and the machine at Kankaria lake is installed under that initiative, says Harshadray J Solanki, Director, Solid Waste Management, AMC.

Talking about how this vending machine can spread awareness on about recycling, he further says, “People don’t notice the recycle logo imprinted behind every PET bottle. This message has been written on the vending machine. Hopefully more and more people will spot it and get educated about recycling plastic bottles.”

Any user can submit an empty plastic bottle inside the machine and in return receive a voucher of Rs 5. To avoid misuse of this vending machine, it has been designed in such a way that it will not accept items other than plastic bottles. The AMC will soon install such machines at multiple locations to collect plastic bottles.

Apart from installing the recycling machine, the AMC has recently also introduced a free pickup service to collect plastic waste from the city. Toll-free number 155303 has been launched where citizens can call and request a door-step pick up service. Once the request has been placed, AMC vehicle will go to the house and take all the plastic waste which will then be sent to the local recycling unit.

4,000 Plus Kilos Of Plastic Waste Seized In The City

As part of the week-long World Environment Day celebrations in Ahmedabad, the officials inspected several areas in the city to seize banned plastic items like plastic cups or glasses, polythenes, wrappers and water pouches. More than 4,000 kilos of banned plastic items were collected within a week.

Around 125 commercial units were sealed and 4,000 plus units were given notices for violating the plastic ban guideline. The raids attracted a total Rs 20 lakh as fine.

With measures like pickup service, recycling vending machines, regular inspection of banned plastic items and awareness drives in the city, the AMC hopes to prevent clogging of drains this year during monsoons.

Every year, we remove tonnes of plastic waste that gets clogged in the drains during monsoons. With the plastic ban in the place we noticed a reduction in plastic litter menace in the last one month. We expect a reduction in clogging of drains as well, says Mr Solanki.

Also Read: Gujarat To Conserve, Recycle And Reuse Of Water To Tackle Water Scarcity In The State