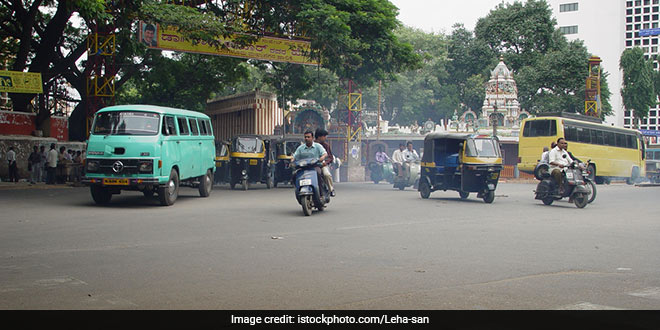 Bengaluru: India’s tech hub Bengaluru on Tuesday joined 13 other cities, including London, to clean up toxic air and check pollution in urban areas the world over.

Hosting the first meeting of the C40 Air Quality Network, Bengaluru brought experts and policymakers from 13 other cities from the world over to find solutions to the threat of toxic air pollution.

“Formed when London Mayor Sadiq Khan visited India in December last year, the Network enabled leaders to share information and work together to develop plans for how each city will clean up its toxic air,” an official statement said.

The C40 Cities is an organisation of 96 global cities to fight climate change and work towards a sustainable future, while the C40 Air Quality Network, a body of up to 20 global cities formed in December last year, aims to develop solutions for air pollution, and is co-chaired by Mayor Khan and Bengaluru Mayor Sampath Raj.

“The discussions and knowledge sharing on how other cities have dealt with air quality challenges is beneficial,” Karnataka Chief Minister H.D. Kumaraswamy said on the occasion.

As part of the Network, the global cities sign the ‘clean bus’ and ‘fossil fuel-free streets’ declarations, thereby relying on low-emission vehicles that run on electric power instead of traditional fuels like petrol and diesel, that contribute to high emissions.

Even as Bengaluru is implementing projects promoting the use of electric vehicles and plans to have an all-electric bus fleet in the city by 2030, Deputy Chief Minister G. Parameshwara said the government is committed to implement an air quality management plan for the capital.

Based on the best practices we can learn from the forum, I commit my support in implementing a robust air quality management plan for Bengaluru by providing both financial and governance resources, said Deputy Chief Minister Parameshwara, who also holds the portfolio of Bengaluru Development Minister.

An estimated seven million people die prematurely each year due to air pollution, according to the World Health Organisation.

In 2016, there were over 1.1 million early deaths in India and over 40,000 in Britain due to air pollution, statement from the Network said.