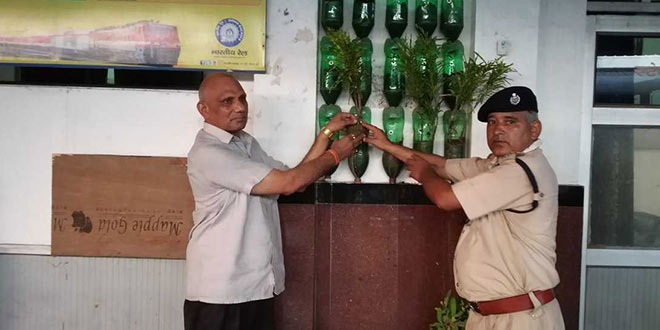 Mumbai: Taking on the challenge to beat plastic pollution and provide cleaner air to the railway commuters in Ludhiana, city’s Income Tax department and Indian Railways’ Ferozepur division installed vertical gardens on platform number one using 2,000 discarded plastic bottles. On July 24, which is also observed as the Income Tax Day, Chief Commissioner of Income Tax, Ludhiana, Binay K Jha and Divisional Railway Manager Vivek Kumar inaugurated the gardens. By installing vertical gardens, Ludhiana has become the first ever railway station in the country to do so.

The idea of using plastic bottles instead of costly containers to store the plants was the brainchild of Rohit Mehra—an Internal Revenues Service official. After he learnt the concept of vertical gardens on his visit to Singapore he proposed a similar idea to the railway officials. We are very proud to announce that this is the first time a railway station in India has installed vertical gardens in its premises. It took less than two months to execute the idea. 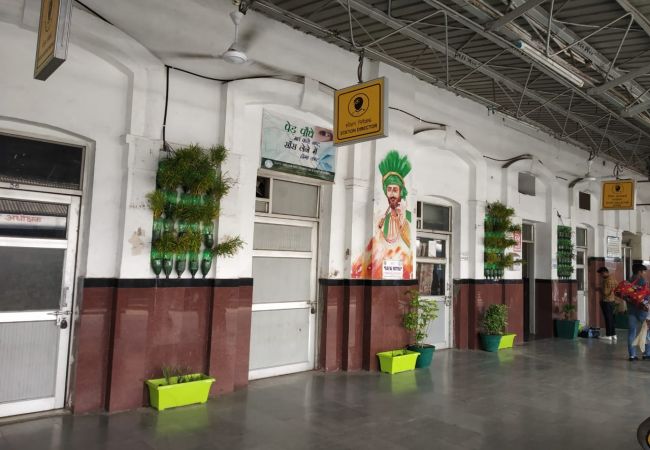 To ensure that plants remain in a good condition, the authorities have used state of the art drip irrigation method. It means that all the 2,000 bottles are connected to the main pipeline. There is only one opening from where water can be poured which percolates down to every single bottle. As soon as all the bottles get filled the water automatically stops flowing thus avoiding any spillage or wastage.

The main challenge for the authorities is to make sure that the plants do not die,

We have used a mix of all kinds of plants, with each plant having a lifeline of 12-13 years. The plants are directly exposed to the pollution, noise and people. It has been only a week and so far no plant has died. We have to inspect them daily till they start growing properly, explains Mr Singla.

The benefits of having vertical gardens are multiple, said Mr Singla. It tackles air pollution by eliminating ultra-fine dust pollutants that can easily enter a human body that lead to several health problems. Besides, the green walls also absorb the heat and bringdown the temperature by 2-3 degrees. It also helps in reducing the noise levels. 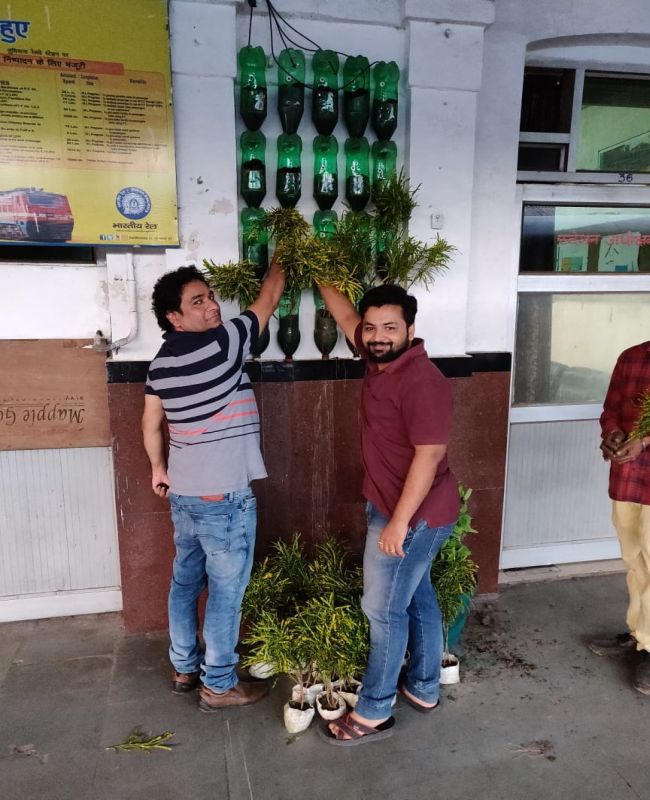 The vertical gardens will provide cleaner air to the commuters

Vertical gardens are one of the most beneficial concepts we have today. We had to do very little investment and the returns are plenty as it improves health and the environment, adds Mr Singla.

Considering that Ludhiana is one of the busiest railways stations in Punjab, the passenger footfall goes up to 70,000 per day and with so many commuters daily the problem of littering is also huge. The bottles discarded on railway tracks and platforms were collected by the railway authorities and exchanged with green plastic bottles with scrap dealers.

To give a sense of greenery within the railway station, we wanted green plastic bottles without having to purchase them. So, we made a deal with the scarp dealers of exchanging the regular bottles with the green ones, says Mr Singla.

Shedding light on the cleanliness aspect of the railway station, the station director further said that ever since the vertical gardens were inaugurated, the cases of spitting gutkas and paan masalas on walls have come down. 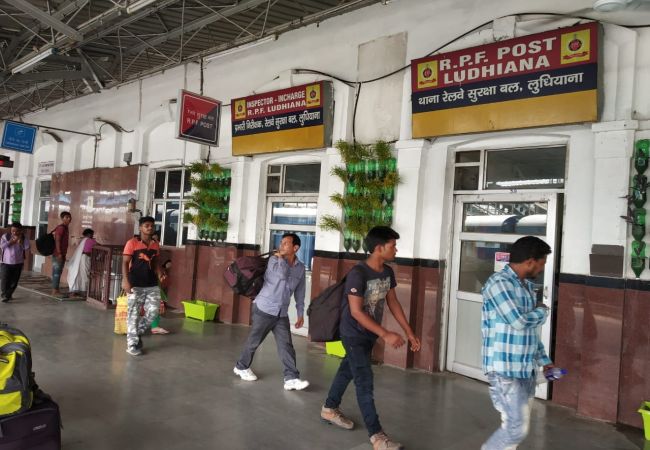 Vertical gardens are also preventing littering on the station

The railway authorities in the next couple of months, will install 2,000 more such vertical gardens to take on air pollution and defeat plastic menace, the station director confirmed.