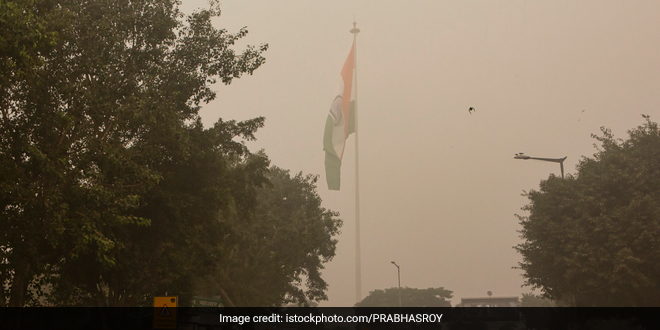 A paper published in 2017, suggested that in India every year, more than 1.24 million people die because of air pollution

New Delhi: Air pollution in India’s national capital and NCR region has been affecting the organs of the people, said former Director of AIIMS, Delhi Dr Randeep Guleria. Dr Guleria, who is also HOD of the Department of Pulmonary Medicine and sleep disorders while speaking to ANI said, “it is causing more disability than even tobacco smoke. We talk a lot about smoking, but not about using tobacco. But now the burden of disability has shifted more towards air pollution and even that is causing a big problem than as compared to smoking.”

So unfortunately the AQI is at severe range and we’ve seen that every year. There have been times when it went up to 900 in the last few years. The concern of course, is that it has a huge health impact. A paper published in 2017, suggested that in India every year, more than 1.24 million people die because of air pollution. So it’s huge mortality that we see it causes huge disability. Many people have a problem, Dr Guleria further explained.

With the rise in air pollution people with asthmatic or bronchitis problems even shift to coastal areas to protect themselves from pollution. Dr Guleria said,

Many of our patients leave Delhi and go to the south or to the coastal areas, because they have worsening of the underlying COPD and asthma, if they stay in Delhi and have to be on oxygen or have to come repeatedly to the emergency. The studies that we have been doing over the last few years have also shown that in children and adults, if you start looking at emergency room visits, there is a dramatic increase in emergency room visits for respiratory problems on day one and continuing for six days whenever AQI is in the poor or very poor or severe range in that area. So I think we have to understand that air pollution causes acute problems. It’s also causing long-term problems, he said.

The doctor further added that there is data which suggests that heart disease strokes, low respiratory infections, COPD, or air pollution is causing more disability than even tobacco smoke. Dr Guleria further emphasised that some practical solution is required.

So I think there is a need for everyone, policymakers, scientists, general public to come together to find a sustainable practical solution to the problem, he said.

He further advised children and the elderly population as a precaution to avoid going outside, exercise and must wear an N95 mask.

Children and elderly are at high risk of those who have underlying heart and lung disease, we usually advise that they should not go out in areas where AQI is high, we are able to monitor an AQI now in all areas, so they should look at the quality index in that area and avoid going out early in the morning or late in the evening because there tends to be more ground level pollution during this time, he said.

Dr Guleria further added that when the sun is out and it’s a little hot because of the hot air, the pollution tends to rise up and if you have to go, you can go out during that time. One should wear a mask, especially an N95 mask that does help to some extent it’s not 100 per cent solution, but that can also be done and during times when there are high levels of air pollution exercise outside could also be avoided.