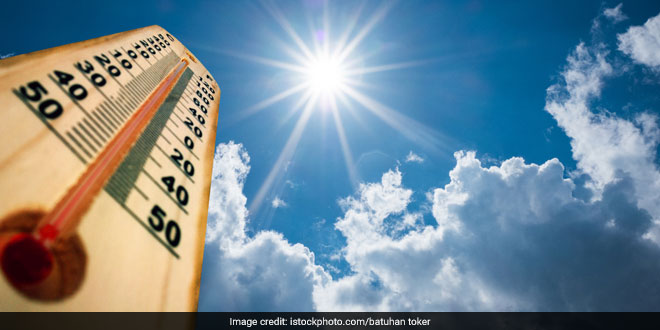 New Delhi: Amidst growing public concerns about climate change that have led to a number of protests around the world and despite the constant warnings from environmentalists, greenhouse gas emissions have been increasing due to the extensive use of fossil fuels and other polluting materials across the world. This has been causing a steady increase in the planet’s temperature and is at the root of a chain events that are threatening survival itself. In a bid to fight climate change and reduce carbon emissions, United Nations Global Compact, a UN initiative to encourage businesses worldwide to adopt sustainable and socially responsible policies, has called for actions from business leaders across the world to set even bolder green targets for their companies.

Also Read: Seats Of Your Next SUVs Could Be Made From Recycled And Bio Materials

The appeal from the UNGC is in line with the Paris Agreement 2015 signed by leaders from 174 countries and the European Union who agreed to adopt massive initiatives for adopting measures to ensure that the global temperature rise does not go beyond two-degree rise by the end of the current decade.

In response to UNGC’s appeal, Anand Mahindra, Chairman of Mahindra Group urged the private companies in India to make the much-needed contribution to limit global temperature. He asserted that actions need to be hastened and climate change must be addressed urgently. He said in a statement,

The impact of climate change will affect all of us. The fact that accelerated action has to be taken at scale is very clear, and the possibility of that not happening is of deep concern to me. We do not have the luxury of time and so we are trying to act boldly and nudge people toward decisive action. The Science-Based Targets are a good way to set a realistic, yet aggressive, trajectory. We have to move from an initiative-led approach, to one where we are able to say that we are doing more than our part to be able to make a real difference in the future.

In a recent analysis by Climate Action Tracker, a group of European researchers who track the progress of countries in their efforts to meet the target of containing the temperature below 2 degree Celsius and other climate actions since 2009, found that the energy-related carbon dioxide emissions were at a record high last year. As per the study that did an assessment of 32 nations, only plans of two governments – Morocco and Gambia – are ambitious enough to limit emissions so that temperature-rise remains below 1.5 degree Celsius. The study also revealed that Five countries – Russia, Saudi Arabia, Turkey, Ukraine, and the United States – have targets compatible with a world experiencing temperature rise above four degree Celsius.

About India’s targets for economic development, the study said that initiatives to reduce emissions like increasing renewable power generation, reducing carbon emissions by deploying zero-emission vehicles and limiting the use of single-use plastic, are helpful in meeting the target of Paris Agreement. As per the report, the country is following the Paris Agreement by keeping temperature rise within the 2 degree Celsius limit.

The relation between the deteriorating environment and our each and every action is daunting. Many corporations don’t understand this. Business and manufacturing firms all around the world are using polluting material and refrain from investing in alternate, more eco-friendly means. Well mainly because it has some financial cost involved and also need some training on alternate methods of operation like using renewable energy and shunning thermal. However, in India, more than 70 per cent of energy need of the country is currently being met by coal. In developed countries like United States and Saudi Arabia, there is a lot of pressure from corporates especially from coal and petroleum sector to withdraw from the Paris treaty. Capitalism is eating up the planet and we are only watching.

Professor Upadhyay also said that the Paris agreement in itself is not very ambitious and only calls for voluntary actions from the signatories. He emphasised on the need for formulating a global action plan for addressing the environmental issues binding all countries to take serious actions. He added that the situation is now transitioning from climate change to the climate crisis. He said,

The crisis has already started hitting us. Delhi’s temperature recently hit 48 degree Celsius, there is water crisis in many parts of the country, things are slowly getting out of hands. Soon the number of climate refugee may increase many times than political refugees around the world if we don’t adopt stringent measures today.

As the world’s political and business leaders prepare to meet at UN Secretary-General’s Climate Action Summit to be held on September 23, 2019, in New York, Professor Upadhyay said that the governments and businessmen should come up with bolder moves to address the current situation and build a better and sustainable future for the generations to come.

Also Read: Made Out Of Recycled Cardboard, This Mumbai Café Has A Message For The Environment In An Out Of The Box Way

Electric Vehicles May Not Need To Pay Registration Fees Soon, Thanks To The New Government Proposal

Ban On Plastic Carry Bags Goes For A Toss In Punjab, 75,000 Kg Of Plastic Seized