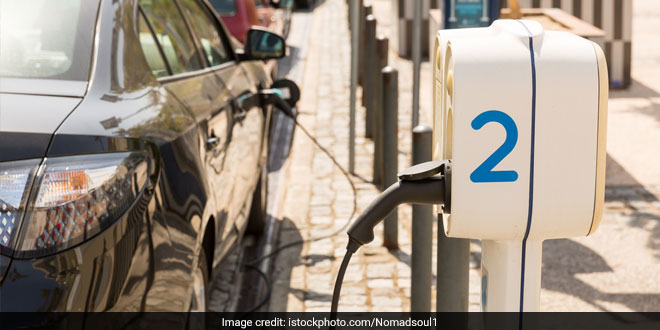 New Delhi: Pushing the agenda of promoting clean mobility further, Ministry of Road Transport and Highways has issued draft rules to exempt electric vehicles (EVs) from paying registration fee, the government said in a statement on June 19. The move comes after the government has called a high penetration of environment-friendly two, three and four wheeler vehicles by 2030.

The draft notification has been issued to amend the Central Motor Vehicles Rules (CMVR), 1989, stating that battery-operated vehicles ‘shall be exempted from the payment of fees for the purpose of issue or renewal of registration certificate and assignment of new registration mark’, the ministry has said adding that this will apply to all categories of vehicles.

The draft issued by the government also invites comments from stakeholders within a month, as the notification statement reads,

The said draft rules shall be taken into consideration after the expiry of a period of 30 days from the date on which the copies of this notification as published in the Gazette of India, are made available to the public.

The notification statement further says that in the case of any objections or suggestions from stakeholders are received by the central government within the given deadline, the same would be duly considered.

The proposal for exempting EVs from paying registration charges will not only help the country’s aim to reduce dependency on oil imports and promote electric vehicles, but will also aid in generating employment, reduce India’s carbon footprints and help curb pollution so it can meet its commitments as part of the 2015 Paris climate change treaty.

Road Transport and Highways Minister Nitin Gadkari had on October, hinted that a blueprint to boost production of electric vehicles in the country, has been drawn. He had further explained that the proposal will help take EV’s share to 15 per cent of total automobiles in the next five years.

It is time India should think to promote green vehicles and curb pollution, Mr. Gadkari had said then.

Earlier to promote electric vehicles in India, the government had also proposed green licence plates with numbers in white fonts for private EVs and yellow for public transports.