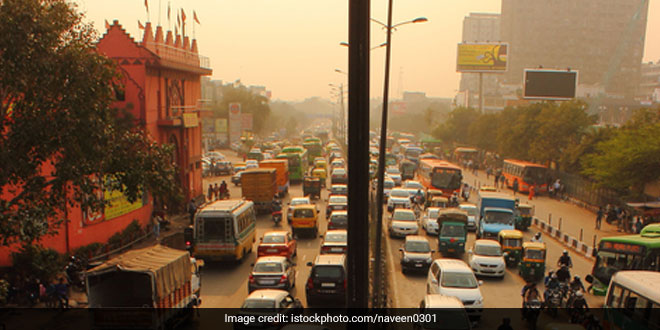 New Delhi: “Vehicular emission is the major source of air pollution that is posing serious health-related threats to the people worldwide,” suggests a study released last month by the International Council on Clean Transportation (ICCT). Taking into account the pollution data for five years (2010-2015), the study also showed that the maximum amount of air pollution was caused by diesel vehicles as compared to other vehicles. While diesel vehicles are more popular for commercial operation, because they are cost effective, yet the automobile industry has started to phase out diesel vehicles, courtesy government’s push for adopting cleaner technology in mobility. Maruti Suzuki India has become one such automobile company that has announced that all its diesel cars will be phased out of the market by April 1, 2020.

April 1, 2020, is also the deadline for registration of the vehicles with engines complying with Bharat Stage 4 (BS 4) emission standards, as ordered by Supreme Court in October 2018 after which, only the vehicles complying with the BS 6 emission norms will be allowed to be sold in the country. The Bharat Stage emission standards are standards instituted by the government to regulate the output of air pollutants from motor vehicles. Engines complying with BS 6 norms are cleaner as these emit lesser sulphur oxides, nitrogen oxides, and other toxic gases. Maruti Suzuki has also confirmed that it will stop producing cars with BS-4 compliant diesel engines by end of 2019. The company has recently launched a new Alto with BS 6 compliant engine at a starting price of Rs 2.93 lakh and is set to bring an electric WagonR to be priced around Rs. 12 lakh soon in the market.

In order to comply with government’s norms regading emission standards, the company will stop making diesel cars and will focus on upgrading its petrol cars to the BS 6 standards. It will also gradually bring in compressed natural gas (CNG) and hybrid (cars that use gasoline and electricity to run) technology-driven cars to compensate the vacuum created by the phasing-out of diesel vehicles.

As per Mr. Bhargava, while phasing out just a small number of cars will not make much difference in curbing vehicular pollution since India has a huge automobile market of more than 20 crore vehicles, such decisions surely marks a beginning towards a cleaner environment.

The conversion cost of a BS4 to BS6 diesel cars is way more than converting BS4 modles to petrol cars, as a result, we are simply coverting diesel cars into petrol cars. Thus, all diesel cars such as SUV Vitara Brezza, Ciaz and Ertiga will now get petrol engines before the deadline.

No diesel cars from 2020 from Maruti is a huge victory of the fight for clean air. CSE has raised alarm over toxicity of diesel emissions for the last 15 years for which it has been slandered and sent defamation notices by auto majors.

Apart from Maruti Suzuki, other major national and international automobile manufacturers selling cars in India like Mahindra and Mahindra, Tata Motors, MG Motors, Kia, Nissan, Hyundai, and Audi are set to add electric cars in their product line to keep up with the government’s plan for faster adoption of clean mobility in the country.

The government of India plans to have at least 30 per cent of the vehicles on road as electric by 2030 in order to cut down vehicular emissions. It has been offering subsidies and incentives under its scheme called FAME India (Faster Adoption and Manufacture of (Hybrid and) Electric Vehicles) for encouraging electric-mobility among people and build a favourable ecosystem for the same by installing public and community electric vehicles charging stations across the country. Various states like Andhra Pradesh, Kerala, Maharashtra, Uttar Pradesh, and Jammu and Kashmir have started adopting electrification of their public and commercial transports.

Elections 2019: Amid The Voting Season, Agra Struggles With Water Woes