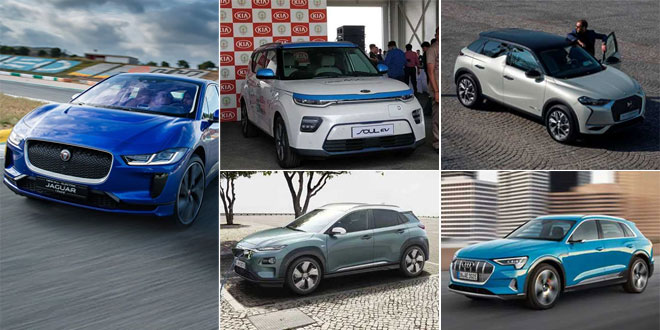 New Delhi: From being recognised as one of the tools to curb the rising air pollution by the central government in the Union Budget 2019-20, to the launch of the much-awaited second phase of the Electric Vehicles (EV) incentive scheme FAME (Faster Adoption and Manufacturing of Electric and Hybrid Vehicles) with an outlay of Rs. 10,000 crore to many state governments electrifying their public transport fleets and a slew of public and community EV charging stations being installed across the country, a lot has been happening in EV sector since the past four months. Considering the recent developments in the sector, experts from Society for Manufacturers for Electric Vehicles (SMEV), a network of Indian manufacturers of electric vehicles (EV) and electric vehicle components, say that EVs got off to a good start in 2019 and hold a promise for a greener future for the country.

As the central government targets to have 30 per cent of the vehicles on road to be electric by 2030, several automobile companies are gearing up to enter India’s EV market. 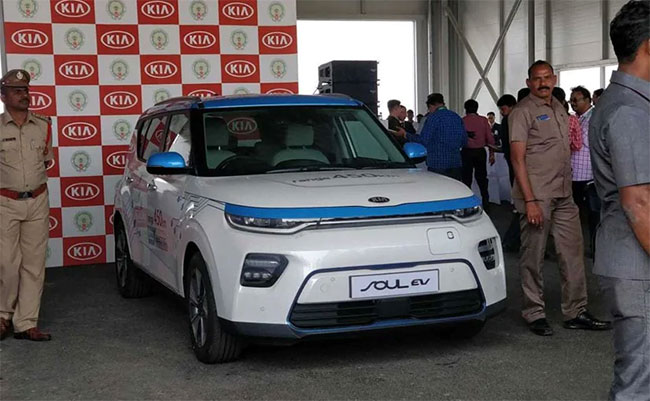 South Korean automaker Kia will be launching its electric car, Soul EV, in the country by July 2019. The company established a production facility in Andhra Pradesh in January this year. As per the company, Soul EV is based on the design of its Soul hatchback car and is part of its ACE strategy that includes producing autonomous (driverless), connected (provides connectivity to electronic gadgets) and electric (battery run) cars.

With an estimated price range of Rs. 10 lakh – Rs. 12 lakh, Soul EV has a driving range of 450 km per full charge and a liquid-cooled lithium-ion battery of 64 kWh (Kilo Watt Hour). The car can be charged within 90 minutes using public and community fast chargers which are being installed by the state and urban local bodies in several cities across the country in an effort towards building EV charging infrastructure in the country. Such chargers have already been installed in cities like Delhi, Bengaluru, Pune, and Mumbai.

In a bid to contribute to India’s electric mobility initiative, the company handed over one Soul EV to the Andhra Pradesh government in February this year to run on a trial basis. Apart from Soul EV, the automaker plans to bring a range of 16 EVs in India by 2025. 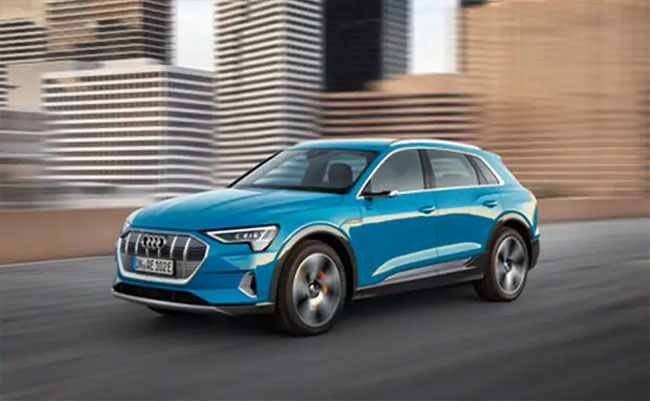 With its unique virtual camera rearview mirrors, Audi E-Tron SUV is set to be launched in India by the end of 2019

Audi E-Tron SUV (Sports Utility Vehicle), the company’s first fully electric car is set to come to India by the end of 2019. Fitted with two electric motors (one in the front and one at the back), the SUV produces a power output of 300 kW (Kilo Watt). The e-car is priced at Rs. 66 lakh and has a range of 400 km (Kilometre) on a single charge. This German car can touch a top speed of 200 kmph (Kilometre per hour).

The design of E-Tron is almost like Audi’s other SUVs of ‘Q’ range like Q5 and Q7. The car has a conventional style with a sloping roofline and has seating for five people. The e-car is capable of a transition from zero to a speed of 100 kmph in 5.7 seconds. Using 150kW fast chargers, the e-Tron will be capable of charging up to 80 percent in 30min. For at-home charging, a standard 11kW charger can be used that takes 8.5 hours for a full charge.

An interesting feature of the car is that it has virtual camera rearview mirrors. This means that the wing mirrors on the car are basically high definition cameras, which project the rear view image inside the cabin, on two display screens mounted on the front doors and there are no actual mirrors. The display screens can be controlled via touch as well. As per the company, E-Tron will be the first car in the world to get the virtual rearview mirrors. 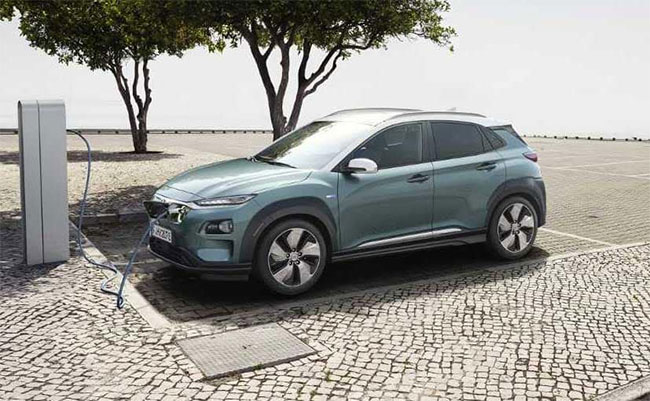 The Hyundai Kona Electric will be launched in India by the end of 2019 and will be priced at Rs. 25 lakh

South Korea’s Hyundai will be launching its all-electric SUV ‘Kona’ soon in India. The SUV has a 39.2 kWh battery that can travel up to 300 km in a single charge. With an electric motor that produces a power output of 99 kW, the car can hit 0-100 kmph in 9.2 seconds. The top speed is rated at 155 kmph. The launch is expected to take place by the end of 2019. Hyundai is planning to locally assemble the Kona and price it close to Rs. 25 lakh.

The Hyundai Kona Electric has exterior features that emphasize on car’s electric powertrain. This means that unlike other Hyundai cars, Kona’s front grille has been replaced by a sleeker closed unit that incorporates a flap to cover the charging socket beside the Hyundai badge.

The company is planning to assemble the e-car in the country itself in order to cut on costs and to keep the price competitive. 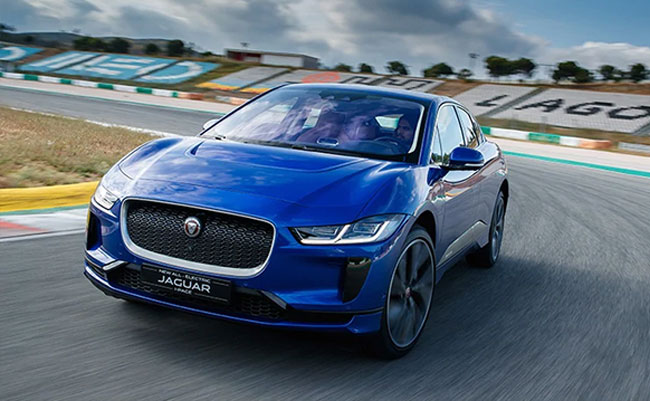 To be launched in the second half of 2020, Jaguar Land Rover’s I-PACE has a range of 354 km per charge

Jaguar Land Rover will launch its first e-car I-PACE in the second half of 2020. The five-seater I-PACE which has been priced at about Rs. 50 lakh comes with a powerful 90 kWh battery and has a range of 354 km per charge. The car is run by two electric motors instead of fuel engine and produces a power output of 150 kW.

The design of I-Pace is different from other cars of Jaguar Land Rover. Unlike other Jaguar cars, this one does not get a long bonnet and that’s because there is no internal combustion engine (ICE)/ fuel burning engine. The all-electric car comes with a sloping bonnet, sleek LED headlamps, honeycomb pattern grille, and a wide central air-dam.

The launch of I-PACE will be in line with the global commitment recently made by the company to introduce cleaner options in its fleet. Rohit Suri, President & Managing Director, Jaguar Land Rover India Ltd. (JLRIL) said,

Jaguar Land Rover’s focus is to commit itself to a more sustainable future and our engineers have developed just the right products to lead us on this path. The introduction of electrified vehicles in Jaguar Land Rover India’s portfolio is in line with the government’s thrust towards electric vehicles. The company is encouraged by the introduction of FAME-II by the Government of India and its focus on the expansion of the charging infrastructure in the country. This is bound to help with faster adoption of all kinds of Electric Vehicles in due course. 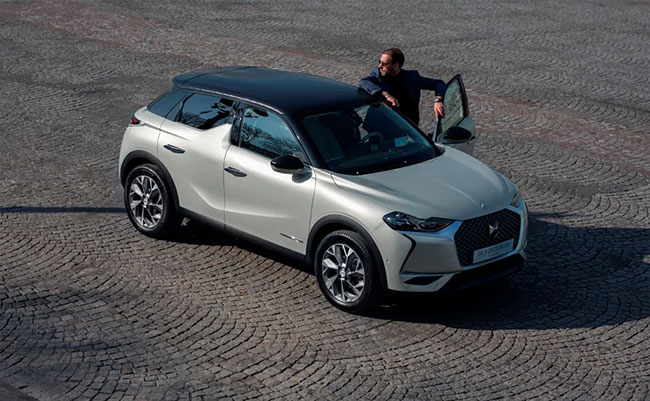 The French group of companies, PSA Peugeot-Citroen that acquired the Ambassador brand from Hindustan Motors in 2017, has recently announced that it will revive it as electric vehicle brand in India. The Ambassador electric cars are likely to be launched in the country by 2022. Initially, the company will introduce a compact SUV or a crossover which could be followed by a premium hatchback car. The Ambassador e-cars are expected to have a range of at least 330 km per charge.

As per the company, the Ambassador is likely to be sold using an exclusive online sales strategy. While initially the target buyers will be based only in India, however, the company also plans to target the Indian diaspora residing in countries with a right-hand driving system.

In compliance with India’s e-mobility target of 2030, other brands like Mercedes-Benz and Volvo are also warming up for the Indian EV market. Mercedes-Benz is currently evaluating the practicality of electric cars in India through a feasibility study. The German carmaker is considering its ‘EQ’ (Electric Intelligence) model as a potential product for the Indian EV market. Similarly, the Swedish luxury car manufacturer Volvo is also contemplating prospects of assembling electric cars in India for EV market in the country. The automaker has recently established a car assembling unit near Bengaluru and is likely to use it to assemble their electric on a trial basis.

Cutting Household Fuel Use May Save 2.7 Lakh Lives Annually In India: IIT Study