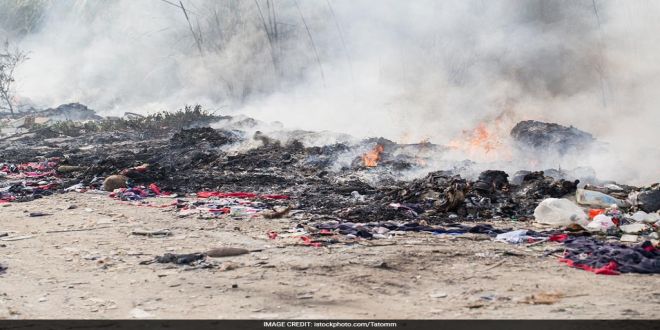 New Delhi: Delhi and National Capital Region (NCR) fares poorly in dealing with complaints related to air pollution according to the Central Pollution Control Board (CPCB). In its recent report, CPCB released the scores for the month of November. Gurugram fared the worst with the implementation score of merely 4.7 percent. Noida with a score of just 36 per cent was performing better than Delhi and other NCR cities. Delhi had an implementation score of only 31.77 percent, while Faridabad and Ghaziabad had a score of 28 and 26.72 percent respectively, said CPCB in its report. The mostmost prominent polluting activities found in these complaints were construction, road dust re-suspension, open garbage burning, and traffic congestion.

“These cities were graded on their performance on an implementation score which is the ratio of actions taken to the number of incidents occurred,” said a senior official at the Air Lab of CPCB.

Delhi has been battling alarming levels of pollution for over two months due to regional factors like stubble burning and localised factors like pollution from vehicles, firecrackers, construction activities among others, following which a number of steps were taken by the CPCB. These steps include putting in place an emergency action plan called the Graded Response Action Plan (GRAP) along with the Supreme Court-appointed Environment Pollution (Prevention & Control) Authority (EPCA) to tackle the menace of pollution and prevent the air quality from deteriorating further. The National Green Tribunal (NGT) had also ordered the authorities to follow the anti-pollution directives in the past.

Citizens lodge their complaints regarding pollution in Delhi-NCR at CPCB website, via Sameer App, which can be downloaded on Android and iOS mobile phones and through social media accounts of CPCB and enforcement authorities like City Development Authorities, Jal Boards, Public Works Departments, and Municipal Corporations.

An official from CPCB’s separate cell for management of citizens’ complaints said, “After complaints are received via Facebook, Twitter, e-mails, CPCB’s website, and Sameer App, we send those to the concerned local authorities for further actions and monitor the status at regular intervals.”

The CPCB had earlier termed Delhi-NCR’s enforcement bodies’ actions on public complaints against pollution “grossly inadequate”. It urged the authorities to join social media platforms to hasten the process of addressing the pollution-related grievances of the people. Only 18 authorities have shared their social media accounts with CPCB till now, according to an official. On December 2, CPCB sent show-cause notices to municipal bodies South Delhi Municipal Corporation (SDMC) and East Delhi Municipal Corporation (EDMC) for failing to check air polluting activities under their jurisdiction, asking why their commissioners should not be prosecuted for inaction.

NGT had also asked the Delhi government last week to furnish a performance guarantee of Rs. 25 crore with the CPCB to ensure that there is no further lapse in implementing the anti-pollution directives and take actions on the complaints.

The Task Force on GRAP during its thirty-ninth ambient air quality review meeting on December 12 recommended that all Municipal Corporation and other concerned agencies need to carry out special drives and enforce corrective actions particularly in the areas with Air Quality Index (AQI) more than 400 which is considered as ‘severe’.

The AQI recorded by monitoring stations at 27 places in Delhi- NCR on Tuesday was more than 400 and as per the India Meteorological Department (IMD), the air quality is likely to remain under ‘severe’ category for next 2 days. Worsening the situation further, the drizzling sky of Delhi-NCR and dipping temperature will increase the capacity of the air to hold pollution as it becomes denser, hence, increasing the pollution level.

In this scenario, it is important that the local authorities follow the directions of CPCB, NGT and the Supreme Court. But will the local enforcement authorities start tackling air-pollution crisis with utmost priority? The implementation score report of December may have an answer to that question.