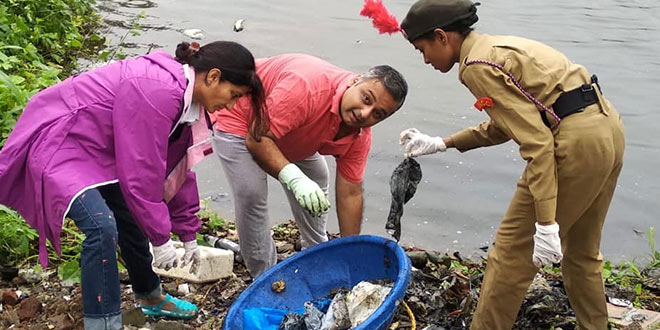 New Delhi: On Sunday, when 26-year-old Monica along with two of her friends was taking a stroll on Mumbai’s Juhu Beach, 38-year-old Subhajit Mukherjee approached the group of friends and asked for a help. On enquiring about the nature of the help expected from them, Subhajit simply asked them to look back at the tetra packs they threw along the beach and informed them about the harmful effects of plastic menace. Ashamed of their actions, the trio picked it up and prepared to move on. It is then; Subhajit stopped the trio and asked them to volunteer for #BeachCleanUpChallenge as part of the #SaveTheBeach campaign. Under the challenge, an individual gets 30 minutes to convince five beach visitors to clean the beach and pick up plastic waste from the beach. As part of this, an individual can provide biodegradable gloves and garbage bags to beach visitors, but not help them in cleaning.

Excited, Monica and her friends took the challenge and they not only collected a bag full of plastic waste, but also decided to actively volunteer for #SaveTheBeach campaign which was initiated this year on World Environment Day with an aim to give a new lease of life to Mumbai’s major beaches.

Taking inspiration from Afroz Shah, whose world renowned clean-up of Mumbai’s Versova beach with a team of volunteers every weekend is now into its 145 week, 38-year-old Subhajit Mukherjee, founder of NGO Mission Green Mumbai , initiated #SaveTheBeach campaign on June 5. The campaign is covering five major beaches – Juhu, Aksha, Erangal, Dadar and Mahim. Today, #BeachCleanUpChallenge has been initiated only on Juhu beach.

Talking about the campaign, Subhajit says,

Beaches like Juhu, Dadar, and others witness lot of footfall, especially on weekends. People from different parts of the country and world visit these beaches everyday, but what they get to see is plastic litter. But it is the visitors who bring in plastic waste, so to make them responsible and understand their doings, we have initiated #BeachCleanUpChallenge.

Also Read: After Cleaning Up 300 Tonnes Of Garbage From Mumbai’s Dadar Beach, This Warrior To Transform Worli Fort Into A Clean Tourist Spot 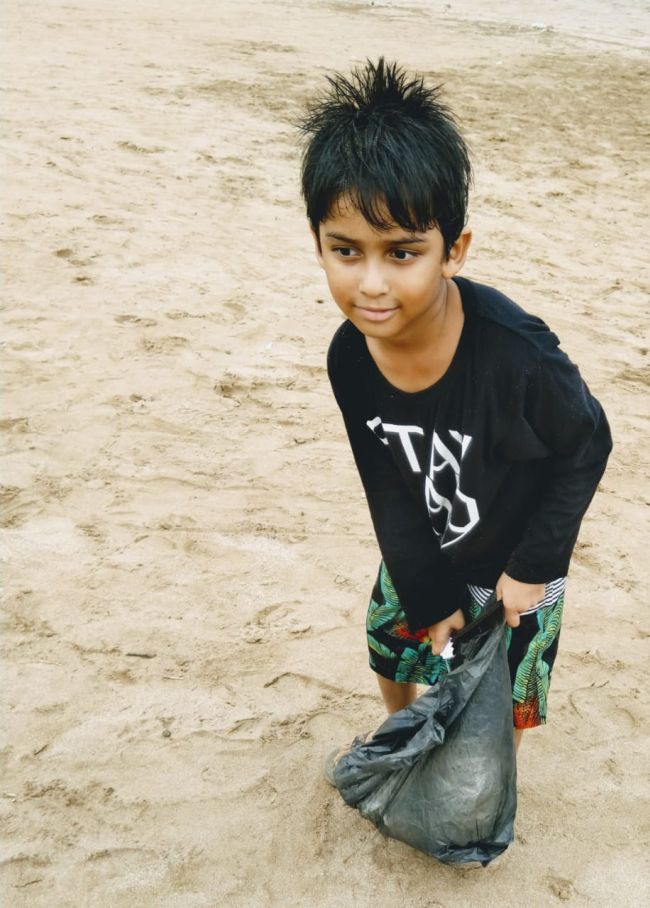 The #BeachCleanUpChallenge which is held at Juhu Beach, every Sunday at 5 PM, focuses on cleaning the beach with the help of beach visitors. Apart from keeping the beach spic and span, Subhajit aims at providing basic facilities like toilets, lights, CCTV camera and other amenities at the beach.

Every weekend, with the help of around 100 volunteers, the NGO manages to collect half a ton of plastic waste from all the five beaches. As of today, over 30 organisations have joined hands with Subhajit to spread the message to clean up beaches. Not only is this, along with these swachh efforts, CCTV cameras and lights have been installed at Aksha beach. Currently, the NGO is approaching different government bodies to provide basic amenities at the beach.

By cleaning beaches, we don’t want to show the authorities that you are not doing your job properly. We want to tell people that this is your waste and you cannot expect government to focus only and only on cleaning this. Government can tell us about how to dispose of waste, it can provide us dustbins, but it is our duty to make use of the facilities provided to us, says Subhajit.

The swachh warriors signs off by saying,

I wish to make all the beaches clean and equipped with basic facilities, but to start with we have chosen five major beaches. My aim is to not say that I have cleaned particular number of beaches, but to show a visible change by year end.

Related Topics:
Maharashtra Mumbai Clean Up Plastic Free
Up Next