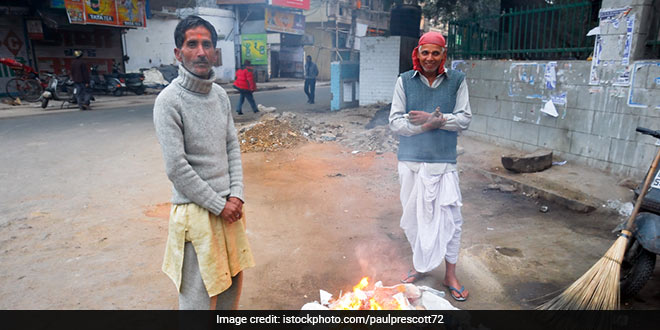 New Delhi: South Delhi Municipal Corporation (SDMC) has decided to act against the practice of leaves and waste burning. To stop the practice of leaves and garbage burning in four regions (Central Delhi, South Delhi, West Delhi, and Najafgarh) under its jurisdiction, SDMC has decided to conduct night patrolling specifically. A total of 20 teams, five for each zone have been formed to patrol all the four zones 24×7. The teams will be headed by sanitation supervisors.

Five teams of six members each have been constituted in each zone. On shift basis, the teams will take rounds of areas prone to cases of burning of leaves and garbage. According to the National Green Tribunal (NGT) rules, violators will be slapped a fine of Rs. 5,000, apart from intercepting the incidents and warning the offenders.

The patrolling will begin from today and will continue until air pollution in the national capital comes under control.

On October 26 at 1 PM, SAFAR (System of Air Quality and Weather Forecasting And Research) recorded PM 2.5, an ultrafine particulate matter measuring less than 20 times the width of a human hair, at 187 micrograms per cubic metre (ug/m3) while the 24-hour safe standard is 60 (ug/m3). PM 10 was recorded at 340, while the 24-hour safe standard is 100 (ug/m3), falling under ‘very poor’ category. It is just the onset of winters and Delhi is losing its breath, the question on everyone’s mind is how will the city tackle rising levels of air pollution in the months to come?

In Delhi, the major reasons behind air pollution is stubble burning in northern regions of India, dust from construction and demolition, vehicular emission, smoke from factories and industries, burning of fossil fuels, and waste burning.