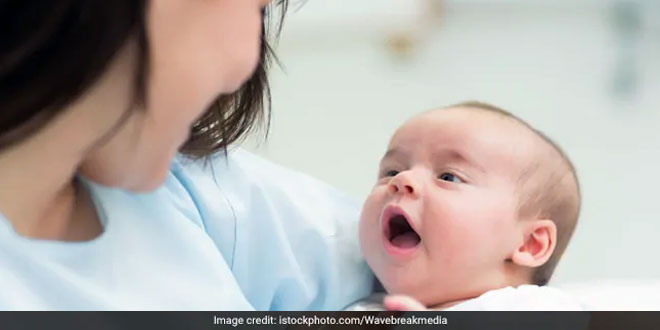 New Delhi: Last week a picture of Lalventluangi, a 22-year-old volleyball player from Mizoram breastfeeding her seven-month-old baby on the field at half-time, went viral. It happened when the nursing mother was participating in the Mizoram State Games in Aizawl. The moving moment of the mother and child that was in full public view caught the attention of many and some like the state’s Sports Minister lauded Lalventluangi’s dedication as a mother and her commitment as a player.

As the picture became viral Mizoram Sports Minister Robert Romawia Royte presented Lalventluangi with an award of Rs. 10,000 as a token of appreciation for becoming a powerful image of motherhood by feeding her baby without hesitation. He told NDTV,

I came across Lalventluangi’s picture on social media. I feel it is a powerful image of motherhood. It shows how determined she is to take care of her baby’s needs without feeling any shame or stigma while being dedicated to her sport. With this dedication she has become a pride of Mizoram and I think all women should be encouraged to feed their children without any hesitation.

Vice President of Mizoram Volleyball Association Lalmawizuala Sailo expressed his concern over the act of breastfeeding in public being treated as something ‘abnormal’. He said, “It is simply the most natural and normal activity.”

But not everyone appreciated this act of breastfeeding in public and even expressed their disapproval of a ‘private’ moment being exposed to the public online by virtue of social media, where it was originally shared as an image epitomising women power.

That's true… It's intrusion to her privacy.. It's more like exposing her private space with her child as mother to outside world…

He is an idiot who shot this picture. Leave them alone.

The mixed responses from netizens highlight the dilemma that young mothers face. Though breastfeeding is a natural process and a vital part of being a mother, it still poses a challenge for women who often face discomfort in public and encounter a lack of privacy when they have to breastfeed. Unlike menstruation, which has many stigmas attached, breastfeeding is more about the logistics and difficulties of frequent feeding, lack of awareness and infrastructure outside the home for nursing mothers.

While talking to NDTV, Lalventluangi said,

I did not think about people looking at me when I fed my baby in the break during the tournament. I was more concerned about feeding my son. I think it is important that women are allowed to follow the life processes as mothers and nursing is an important part of it. It can be a bit embarrassing sometimes to be breastfeeding in public, especially at places like the church where it is not appropriate to show the breast. However, if the baby requires it then I do what I have to do, disregarding the embarrassment because I love my child. If there are private spaces in public places dedicated for women to feed their child, it would be nice. It will be helpful for women who feel awkward in feeding in public.

Lalventluangi added that she understands how important breastfeeding is for the mental and physical health of her son but balancing the dual role of a mother and professional player, is not easy. There are times when she is unable to take her son with her and so has to make alternative arrangements like formula milk, liquid food and fruits for timely feeding of her baby under her own mother’s supervision. 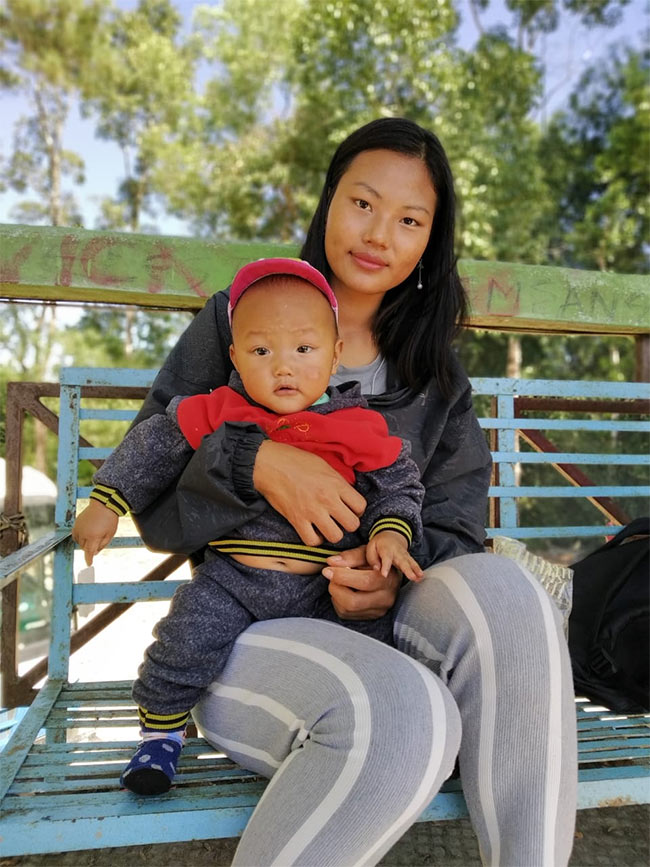 There have been extensive conversations around the importance of breastfeeding but how much has been spoken about the actual challenges of breastfeeding at public places? No matter how much a woman wants her baby to be breastfed, she cannot go back home every time she needs to feed her baby, especially in the cities. There are no government programmes or schemes under which there is a provision to build feeding spaces for nursing mothers. Not even government hospitals have a feeding room. Very rarely would one find a feeding pod in some mall or restaurants. However, women from marginalized sections cannot access these places and are bound to feed their babies in open spaces while being subjected to unhygienic conditions or uncomfortable stares.

According to a survey conducted in August this year, by Momspresso.com, a blogging platform for mothers, out of the 900 mothers who participated, around 81 per cent were not comfortable breastfeeding in public due to uncomfortable stares and lack of privacy. As per the survey, the most awkward places where these mothers fed their babies include a broom closet room in an airport, under a tree, waiting room of government office, bank queues, washrooms, a bench in a mall, and a bus stop. Only 6 per cent of the mothers found designated room in public places for breastfeeding.
In a bid to make people especially the authorities more sensitive to the urgency of having nursing rooms at public places Neha Dhupia, former Miss India, Actress and a mother of one-year-old baby girl Mehr started an initiative #FreedomToFeed in August this year. Through this initiative, she urges mothers to speak up about their beastfeeding woes and demand safe spaces for breastfeeding in public. She said,

After becoming mother to Mehr last year, I realised the difficulties and embarrassments mothers encounter given the lack of privacy to breastfeed their child in public places. I’ve fed behind trees when travelling, in parking lots, on airplanes, hiding in different corners. I felt the need to start building a small little community around it. It’s an important topic and we need to start a conversation around it.

Now there are small but significant steps being taken in this direction. Recently, Taj Mahal became the first monument to get a breastfeeding room after a senior official of the Archeological Survey of India saw a mother struggling to feed her baby at the monument. Aluva metro station in Kochi has also positioned a nursing pod at the station and more stations are expected to have such pods soon. About Three Years Ago, The Bhopal Municipal Corporation built three ‘She Lounges’ in the city to provide a space for women to feed their babies. Away from the cities even in rural areas, the issue is getting some attention. Like ‘Mitanin’ A Programme Of The Health And Family Welfare Department of Chhattisgarh under which breastfeeding areas are being built where women from all walks of life can go and feed their babies easily. This initiative introduced in Surguju district has helped Chhattisgarh to reach a breastfeeding rate of about 87.5 per cent, the highest in the country as per the fourth National Family and Health Survey (NFHS-4) of 2015-16. A few public toilets for women in Delhi and National Capital Region called ‘Pink Toilets’ also provide a feeding spot inside the toilet complex. However, as per experts, placing feeding area inside toilets make women uncomfortable due to stench and hygiene issues.

Mothers Should Feel Comfortable To Nurse In Public, Say The Guidelines

The Infant and Young Child Feeding (IYCF) Guidelines 2016 prepared by the Indian Academy of Pediatrics say, “Mothers should feel comfortable to nurse in public. All efforts should be taken to remove hurdles impeding breastfeeding in public places, special areas / rooms shall be identified/ constructed or established in places like Bus stands, Railway stations, Airports etc.” However, as per experts, these guidelines are completely overlooked in public spaces.