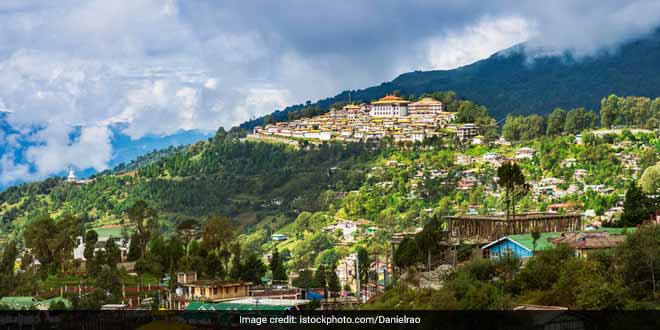 New Delhi: Arunachal Pradesh, the land of the dawn-lit mountains welcomed 2018 on a victorious note by declaring itself 100 per cent open defecation free (ODF). On 31st December, the three remaining districts out of 21 districts in the state – Upper Subansiri, Siang and Changlang achieved the target of ODF, thereby making Arunachal Pradesh, the second state in the Northeast, after Sikkim and the 7th state to achieve the ODF status. Chief Minister Pema Khandu congratulated the people of the state and said, “Congratulations Arunachal Pradesh for achieving 100% #OpenDefecationFree. As promised our state is now open defecation free, 1 Year and 10 months ahead of the National Target. I extend my thanks to team of officers, staffs and people of Arunachal, who have made it possible.”

Congratulations Arunachal for achieving 100% #OpenDefecationFree. As promised our state is now ODF 1yr & 10 months ahead of National Target. I extend my thanks to team of officers, staffs & people of Arunachal who have made it possible. @narendramodi @swachhbharat @paramiyer_ https://t.co/KRkBSBYFfA

The State Government had cut short the ODF target by one year and ten months ahead of the national target and set 31st December 2017 as the deadline to achieve ODF status in Arunachal Pradesh. In a bid to achieve this mammoth target, the State government extended additional incentive of Rs 8,000 per toilet in addition to Rs 12,000 per toilet, raising the cost to Rs. 20,000 per toilet. Taking this huge step, the Arunachal Pradesh government has ensured that toilet construction did not become a financial burden for any of the state’s residents.

Apart from increasing the incentives, various activities were organised in the state throughout the year that promoted the concept of achieving 100 per cent open defecation free target. The state government also launched Swachh Arunachal Mission on October 2, 2017 at Tawang district in order to accelerate its ODF goal.

I am personally overwhelmed to find people participating in construction of toilets even in remote villages along the international borders like Vijaynagar, Taksing, Pipsorang despite communication bottlenecks requiring strenuous trekking for days together carrying construction materials along with ration on head load, said Chief Minister Pema Khandu.

This herculean task has been possible with the active support from every one – from the Ministry of Drinking Water & Sanitation to the government of India, Chief Engineers, Deputy Commissioners, PRI members, NGOs, Youths and target beneficiaries. Because of the unity and support, today we attained the freedom from open defecation. We have finally won the battle and liberated ourselves from the open defecation menace. The tiring and rigorous fight against open defecation was a herculean task but not impossible.

As of date, more than 1 lakh individual household toilets have been constructed in rural parts of Arunachal Pradesh, whereas, approximately 5 thousands toilets have been built in urban parts of the state. The state is also known for successfully experimenting with toilets made of bamboo, which are cost effective, as well as durable. For now, these toilets are implemented across three districts, but, in near future, these toilets will be implemented in larger numbers. The bamboo toilets initiative has also been honoured at the Swachh Bharat Hackathon Awards.