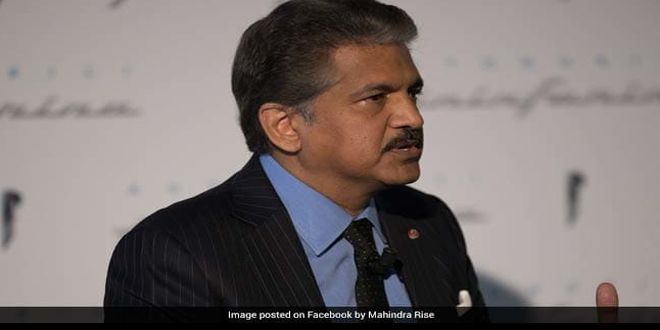 Our in-house ‘Mahindra retail synergies group’ has come up with these re-fillable bottles to replace plastic bottles In our meeting rooms entirely, he wrote.

“Functional but also aesthetic, I think..” he added while thanking his team.

Our in-house ‘Mahindra retail synergies group’ has come up with these re-fillable bottles to replace plastic bottles In our meeting rooms entirely. Functional but also aesthetic, I think.. Dhanyavaad Team! pic.twitter.com/C0M2DUgchA

His tweet has collected more than 21,000 ‘likes’ and many appreciative comments.

“Brilliant sir… thanks for this effort,” wrote one person in the comments section. “A great initiative,” said another. “You are man of your words… Much appreciated,” a third added.

In July, a Twitter user had called out Anand Mahindra for using plastic bottles in board meeting.

Yes, plastic bottles will be banished, Mr Mahindra had responded.

Yes, plastic bottles will be banished. We were all embarrassed to see them that day… https://t.co/RwZA4tWoRE

India is gearing up to ban single-use plastic. Prime Minister Narendra Modi, who is leading efforts to scrap such plastics by 2022, is set to launch the campaign with a ban on as many as six items on October 2, the birth anniversary of Mahatma Gandhi, according to a report by news agency Reuters.