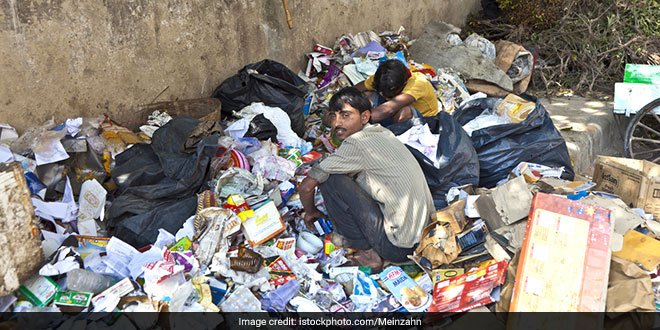 New Delhi: It was in 2018 on the occasion of the 45th World Environment Day (June 5) that Prime Minister Narendra Modi’s government made a breakthrough commitment to eliminate all single-use plastic items including carry bags, straws, and water bottles, among other plastic products from the country by 2022. PM Modi was also awarded UN’s prestigious ‘Champions of Earth’ award for this crucial pledge.

The announcement came as a wave of respite globally since India accounts for 60 per cent of plastic waste dumped into the world’s oceans every year, as suggested by a Central Pollution Control Board (CPCB) report. The report also suggests that Indus, Ganga and Brahmaputra are among top ten rivers which carry 90 per cent of plastic waste to the world’s oceans.

Right after the announcement of plastic ban, Maharashtra, Telangana, Himachal Pradesh and Tamil Nadu imposed ban on single-use plastics at state level. In Tamil Nadu, 86 tonnes of banned plastics were seized from 25,000 shops in January 2019, which dropped to 24 tonnes in February and further lowered to seven tonnes in March, as per the Central Pollution Control Board (CPCB) data.

According to the latest report by the CPCB, only 14 of India’s 35 regional pollution boards filed information on plastic waste generation in 2017-18. Post which, National Green Tribunal (NGT) directed all states to submit an action plan to ban all types of single-use plastics in the state by April 2019.

In May 2019, the NGT had noted that except for Andhra Pradesh, Puducherry, Sikkim and West Bengal, the remaining states/Union Territories and SPCBs (state pollution control boards) failed to submit the Action Plan for the implementation of various provisions of Plastic Waste Management (PWM) Rules 2016. These rules were amended in 2018 to call for setting-up of plastic waste management system for collection, segregation and disposal of plastic waste in the cities, towns and villages and registration of plastic units.

Even though nearly 26 states and UTs in India imposed a blanket or partial ban on plastics, the ban remains ineffective in majority of the states as there is widespread availability of and demand for polythene bags.

It was further noted by the green panel that despite 22 states and UTs imposing a complete ban on the use of plastic carry bags, due to lack of proper regulation, thin carry bags, and other single-use plastic products are indiscriminately stocked, sold and used in the majority of cities/towns across the country.

NDTV reached out to Centre for Science and Environment’s Swati Singh Sambyal, Programme Manager of Environmental Governance (Waste Management) for her view on the subject. She explains how India consumes 16.5 million tonnes (MT) of plastic annually and that this figure is expected to increase to 20 MT by 2020, according to a report by Federation of Indian Chambers of Commerce & Industry.

Ms. Sambyal says that of this total plastic generated, 43 per cent is manufactured for single-use packaging material that mostly finds its way into litter bins, drains and rivers. She says,

The per capita consumption of plastics is 11 kg/annum, which is far less than developed countries but this is increasing. There is no clear estimate on how much we generate — last estimation by the CPCB showed that India produces close to 25,940 TPD of plastic waste, of which approximately 15,000 TPD is collected.

Ms. Sambyal further told NDTV that The Plastic Waste Management Rules, 2016 and its amendments notified companies to develop collection mechanisms for non-recyclable plastics under Extended Producers Responsibility. However, there’s laxity in enforcement. Presently, there are no targets set to reduce plastic consumption, no system of accountability of brand owners, producers, manufacturers, online companies (produced by more than 30,000 units, 90-95 per cent of them being small-scale informal entities). She said,

This needs to be looked into.

Numerous states enforced plastic bans — 25 states like Maharashtra, Tamil Nadu, Jammu & Kashmir, Bihar, Himachal Pradesh, Karnataka and others have banned the use of plastic carry bags have banned a few single-use plastic products. However, just banning is not enough. Continuous monitoring and implementation of the ban is important. Also, there needs to be a clear assessment on availability of alternatives and ease of shifting businesses from plastic manufacturing to alternative jute/cloth bag manufacturing. This will push manufacturers to switch. Further companies need to be given time for R&D to alternatives of packaging.

Considering the current state-wise status and failing to follow through the directions by CPCB, it would be particularly surprising to see India keeping its commitment by the given deadline on 2022.

Canada To Ban Single-Use Plastics By 2021, Here Are Some Other Countries Taking Action Against Plastic Waste