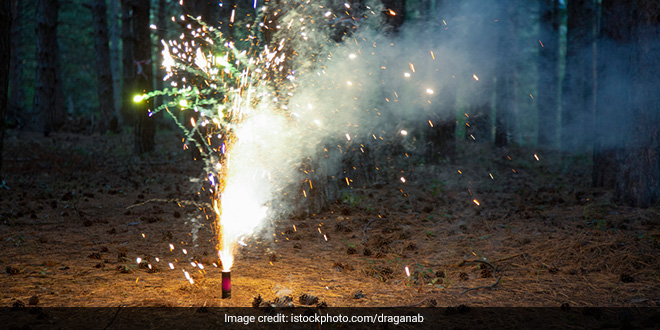 The ban on firecrackers other than green crackers will be effective till January 31, 2023

Gurugram: District Collector and Deputy Commissioner Nishant Kumar Yadav, while issuing an order on Friday (October 14), imposed a complete ban on the manufacture, sale and operation of all types of firecrackers other than green crackers with immediate effect in the district. These orders will be applicable in the entire Gurugram district with immediate effect and will be effective till January 31, 2023. The orders have been issued by the District Magistrate under Section 144 of the Criminal Procedure Act 1973, Explosives Act 1883 and other Explosive Rules.

As per the orders issued the responsibility of implementing these orders is with the Gurugram Police Commissioner, Municipal Corporations of Gurugram and Manesar, all SDMs, all Tehsildars and Naib Tehsildars, Block Development and Panchayat Officers, all DCPs, Executive Officers and Secretaries of Municipal and Municipal Councils, all Police Stations. The police station in charge, Fire Officer Gurugram and his staff. All these officers have been instructed to execute the orders and put raids. Also, these officers have been asked to send reports to the District Collector on a daily basis.

In the orders issued by the Deputy Commissioner, it has been said that as per the order of the National Green Tribunal (NGT) and Haryana State Pollution Control Board, the manufacture, operation and sale of all types of firecrackers other than green firecrackers have been banned in the entire state including NCR region. This decision has been taken in view of the increasing pollution in the state.

Deputy Commissioner Nishant Kumar Yadav said that this order will be strictly followed in district Gurugram.

Referring to the orders of the Pollution Control Board, he said that regarding increasing pollution, the Supreme Court has said that pollution has adverse effects on health. According to Yadav, the board has said that between October and January, the level of pollution increases significantly in the state, due to which children, the elderly and sick people start having difficulty in breathing, hence a ban has been imposed on firecrackers.