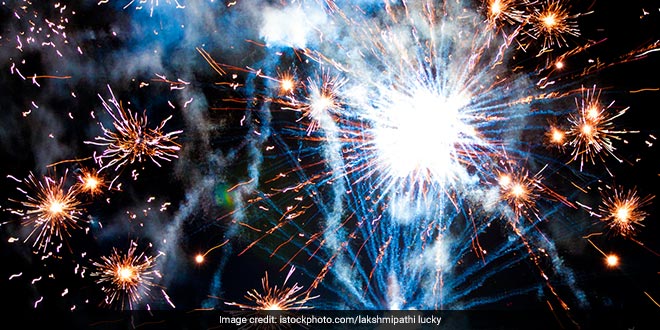 New Delhi: The Delhi Pollution Control Committee has ordered a complete ban on the production, sale and use of all types of firecrackers in the national capital till January 1. An official said the ban comes into effect immediately. The AAP government in Delhi has been following the practice of banning firecrackers in the winters for the last two years. The early announcement of the ban this year is likely to give ample time to the city administration and police to put in place a mechanism to check the illegal manufacturing, sale and use of firecrackers.

There will be a complete ban on the manufacturing, storage, selling (including delivery through online marketing platforms) and bursting of all kinds of firecrackers up to January 1, 2023 (sic), it read.

Last year, the Delhi government announced a complete ban on firecrackers till January 1, 2022. It also ran an aggressive campaign, involving 15 special teams at the district level, against the sale and use of firecrackers.

Haryana also imposed a ban on the sale or use of all kinds of firecrackers in 14 of its districts in the National Capital Region, while Uttar Pradesh allowed the use of green crackers on Diwali just for two hours in areas with moderate or better air quality.

Despite the restrictions, people burst firecrackers till late at night in Delhi, Noida, Faridabad and Gurugram during festivities such as Diwali.

Fireworks had led to major changes in PM10 and PM2.5 concentrations in Delhi on Diwali night (November 4, 2021), according to the DPCC.

Emissions from firecrackers and farm fires had pushed the capital’s 24-hour average air quality index for the day after Diwali to 462, the highest in five years.

Delhi Environment Minister Gopal Rai had then alleged that the BJP instigated people to flout the ban on firecrackers on Diwali by linking it to religion.

The National Green Tribunal on December 2, 2020, ordered a total ban on the sale and use of all kinds of firecrackers in the NCR and all cities with poor or worse ambient air quality.

The air quality in Delhi and neighbouring areas start worsening in October due to unfavourable meteorological factors such as low temperatures and wind speed which do not allow dispersion of pollutants. A cocktail of emissions from firecrackers on Diwali and stubble burning in neighbouring states makes the situation worse. A study led by researchers from IIT-Delhi says that biomass burning emissions, rather than fireworks, drive the poor air quality in the national capital during the days following Diwali.

On Diwali day last year, stubble burning accounted for 25 per cent of PM2.5 pollution in Delhi in 2021; 32 per cent in 2020 and 19 per cent in 2019, according to the Ministry of Earth Sciences’ air quality forecaster SAFAR.

Temperature Expected To Go Up By 2.2 Degrees Celsius By 2050 In Assam