In to its fifth Season, NDTV-Dettol Banega Swachh India will focus on children as agents of change to drive the Swachh Agenda – Sanitation, Wash, Air Pollution, Cleanliness, Health And Hygiene.

Take the pledge to adopt the Swachh Agenda (details below) and do your bit to realise the dream of Clean India. 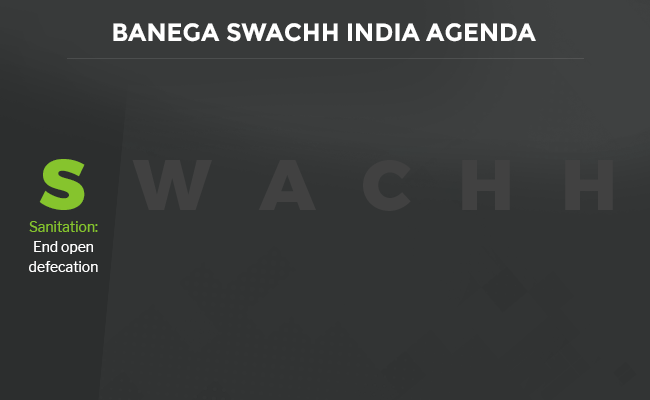 Though India’s sanitation coverage has moved up to 83 percent now from mere 38 percent in 2014, the country still has one of the highest numbers of people who still defecate in the open.

Under the Swachh Bharat Abhiyan, more than 7 crore toilets have been built and open defecation eradicated from 17 states and Union Territories (UTs). According to government data, around 3 lakh villages, 382 districts have become open defecation free. In urban areas, as of March 2018, the government has successfully built 52 lakh toilets and 3.2 lakh community toilets.

The target of the government is to make 12 crore toilets in total and achieve 100 percent open defecation free India by October 2, 2019.

The agenda of Banega Swachh India season 5 is to help motivate people to construct toilets and help meet the country’s ODF deadline.

Also Read: We Are Confident That India Will Become An Open Defecation Free Country Before October 2019 Deadline: Government 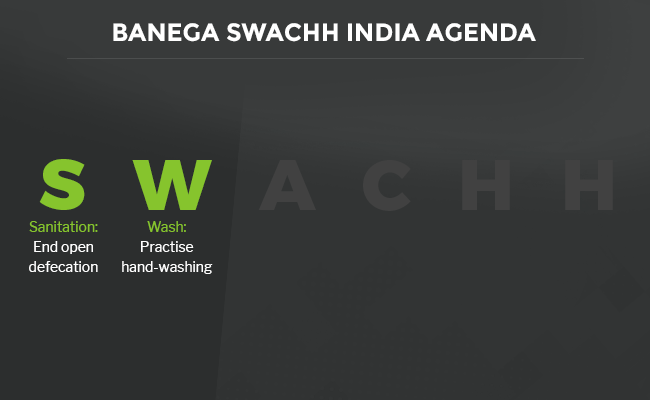 This year, the campaign will focus on inculcating hand-washing as a regular practise

Hand hygiene is the single most important way to prevent the transmission of diseases and infections. Still, in India 47 percent of the people do not wash their hands after going to the toilet. This is why in India about 1.2 lakh children die every year due to diarrhoea. According to UNICEF, handwashing with soap – before eating or preparing food and after using the toilet – can reduce diarrhoea rates by more than 40 percent.

This year, the campaign will also focus on inculcating hand-washing as a regular practice in school through its WASH programmes.

Air pollution: Do Your Bit For Clean Air 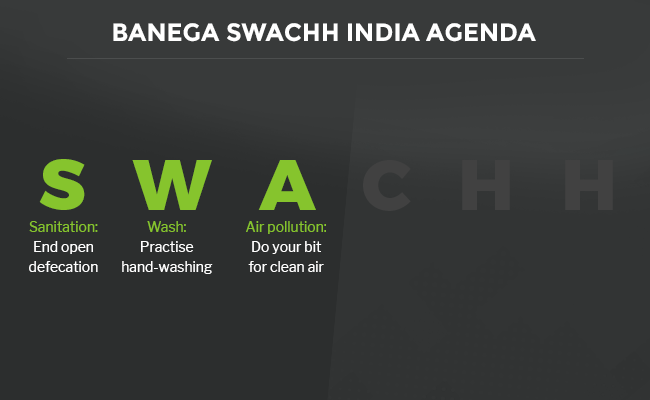 The latest World Health Organisation (WHO) report has listed 14 Indian cities among the Top 20 most polluted cities in the world with respect to particulate matter (PM) 2.5 concentration. According to the Lancet Report, released last year, India has topped the list of countries with the most pollution-related deaths in 2015, with 2.5 million mortalities linked to poor quality of air. Experts say that the deaths in India caused due to air pollution is more than the deaths caused due to all the wars and terror attacks over the years in India.

With a hope to mobilise people to work towards cleaning up the air everyone breathes, Banega Swachh India Season 5 will focus on tree plantations and spreading awareness about how people can reduce their carbon footprint to breathe easy and save lives. 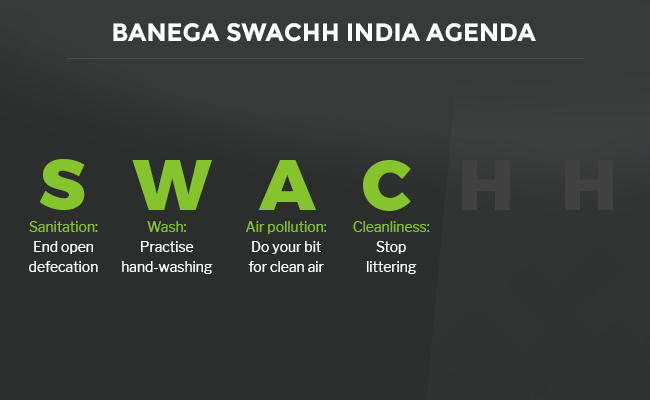 According to estimates, 70 percent of all solid waste generated, is not getting treated or disposed of scientifically and so it ends up contaminating soil and water systems, thereby polluting the environment.

Keeping India clean does not only lie in the hands of the government alone. With this as our motto, this year, the Banega Swachh India campaign aims to, not only motivate people to keep the 10 yards of their surroundings clean on a regular basis but would also like everyone to come together and encourage others to do the same.

Health: Work For A Healthy Future 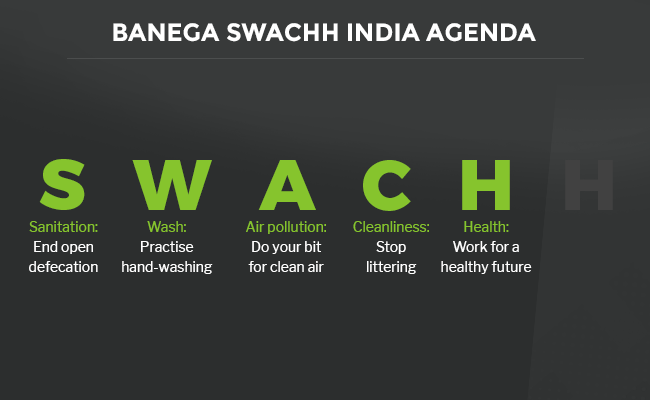 From sanitation to hygiene and air pollution, all these issues are affecting the adults and our damaging the health of children drastically.
With an aim to save the future generation, this year Banega Swachh India campaign will focus on Health as a whole and make it a priority for everyone to build a healthy Nation. 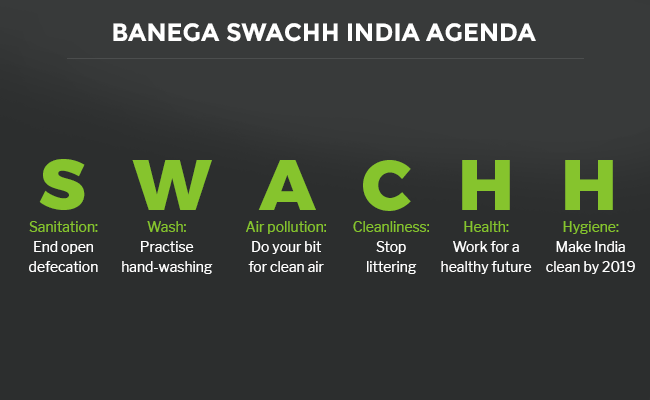 The overall focus, this year, will be to help India meet its open defecation free target by 2019

The deadline for a clean, open defecation free India has been set for October 2, 2019. By then, we must reach our goals of inculcating hygienic habits in our lives – bringing safe sanitation to every individual, improving our air quality and cleaning up our country.

With this deadline in mind, Banega Swachh India Season 5 has come up with an initiative #YourHandInMine with an aim to convert individual efforts into a greater collective community action. So, while each one of us focusses on keeping ourselves healthy and our surroundings clean, we can also lend a hand and help others to do so, thereby, creating a ripple effect to create a sustainable Swachh ecosystem.

#Mere10Guz: With ‘Your Hand In Mine’ As Our Motto, Banega Swachh India Season 5 Will Focus On Converting Individual Efforts Into Community Actions

We Should All Contribute Individually Towards A Swachh Bharat, Says Amitabh Bachchan At The Launch Of Banega Swachh India Season 5