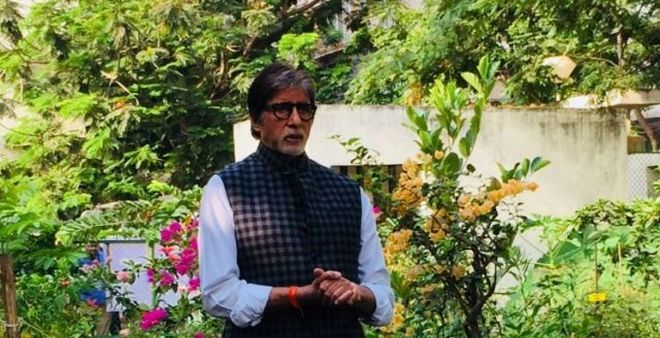 With cleanliness and hygiene becoming growing concerns in the country, India’s most trusted news network NDTV, along with partner Dettol, is back with the fifth season of the NDTV-Dettol Banega Swachh India campaign. The campaign lends support to the Government of India’s Swachh Bharat Abhiyan. Helmed by Vikram Chandra and Campaign Ambassador – Amitabh Bachchan, the campaign is aimed at spreading awareness about sanitation, empowering citizens with better hygiene and sanitation facilities across the country, helping make India open defecation free by working with partners to support ground interventions for construction, maintenance of toilets and drive behavioral change.

Also Read: The Hidden Dangers In The Life Of People Without Toilets

Every year the campaign has picked one key theme to build and focus on. In the past few years, we have had great success with our #Mere10Guz initiative, or my ten yards, where we focused on what each individual could do to keep his/her ten yards free of litter, waste and pollution. This year while focusing on Hygiene, Air pollution, and Sanitation, we have decided to make children the focus of our campaign, as they are the most vulnerable to lack of sanitation and hygiene and are also India’s future. We see children as agents of change. When a child is taught something, he/she tends to take it home and help the adults in their sphere, who in turn learn too. While we must still follow the #Mere10Guz initiative in our everyday lives, this year we are hoping for even greater community involvement. We would like people to come together and convert individual efforts into a greater collective community action with the motto,‘Your hand in mine’ – we can make India clean and healthy together. So while each one of us can keep our ten yards clean we can also lend a hand and help others learn to do so, thereby, creating a ripple effect in the Swachh ecosystem.

This year, we have also created the Swachh Agenda that we would urge everyone to take the pledge to adopt:

Take The Pledge To Adopt The Swachh Agenda

Watch: We Are Confident That India Will Become An Open Defecation Free Country Before October 2019 Deadline: Government

Our objective has always been to unbiasedly report all development work across the country. We also highlight our partner RB’s initiatives, in the Swachh sphere, be it the hygiene curriculum they have set up in schools, their initiatives to reduce diarrhoea mortality in children, the air pollution reduction initiatives, which are also aligned to the Swachh Bharat Mission’s agenda.

The Launch show on May 11 is an introductory launch to our year-long campaign where we discuss the impact created in the last 4 years and decide the way forward for achieving the October 2019 vision of the Swachh Bharat Mission. As the deadline for the first phase of Swachh Bharat Abhiyan deadline draws closer, we hope to bring together different stakeholders to work towards a common cause and spread as much information and awareness as possible. Our efforts at raising awareness and bringing about a behavioral change across India will culminate in us observing Rashtriya Swachhata Divas, on October 2, where we will hold the twelve-hour LIVE television marathon – the #Mere10Guz Cleanathon.

In the previous years as well, NDTV-Dettol Banega Swachh India has worked towards spreading awareness in different parts of India.

In Year 1, in addition to overall awareness, specific focus was on making India Open Defecation Free (ODF) and building of toilets. We worked towards spreading awareness in rural India through Swachh Express, raised money to create demand for toilets, build and maintain them.

In Year 2, we focused on behavioral change especially in children and acquiring ‘time’ and ‘commitment’ pledges from people. We took the specially devised 45 lesson and teacher-training module i.e. hygiene curriculum to schools and raised volunteering hours for swachhta.

In Year 3, we focused on individual responsibility towards cleanliness, utilisation of committed hours and on India’s top 10 iconic locations. #Mere10Guz used as a communication tool to galvanize people to keep their 10 yards clean. We also organised Maha Cleanathon, observed October 2 as Rashtriya Swachhta Diwas which saw massive clean-up drives and created Swachh Agendas for all the 10 locations.

The season was culminated on October 2, 2017, with the 12-Hour CLEANATHON with an agenda to take a holistic approach to swachhta and ask people to implement #Mere10Guz for Swachh Zameen, Swachh Hawa, and Swachh Pani.