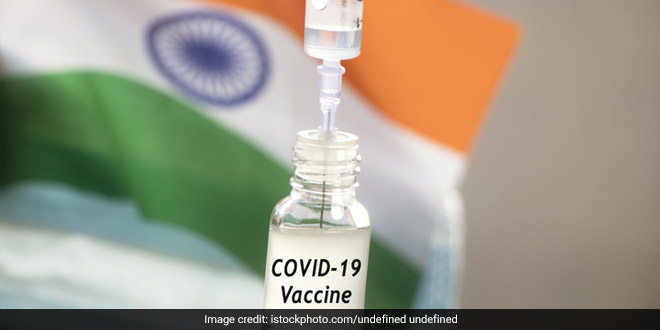 New Delhi: Reaching a crucial milestone, Odisha’s capital city, Bhubaneswar has become the first city of the country to inoculate their entire eligible population with the COVID-19 vaccines, officials have claimed. Anshuman Rath, Bhubaneswar Municipal Corporation (BMC) Zonal Deputy Commissioner of South-East, Bhubaneswar tells NDTV that the city has administered both doses of Covaxin on every eligible person in the city as part of BMC’s massive vaccination drive.

Bhubaneswar municipal area is the only place in Odisha where Covaxin vaccine is being administered; the rest of the state is getting Covishield. The state now bears the burden of about 15,000 COVID-19 active caseload, had set district wise targets to vaccinate a sum total of 3.5 lakh people per day.

We had set a target to complete vaccination in a specific timeline. BMC has a record, through National Urban Health Mission, of around nine lakh people who are above 18 years of age in the city. Which includes around 31 thousand healthcare workers, 33 thousand front-line workers. 5 lakh 17 thousand people are in the age group of 18 to 44 years. 3 lakh 25 thousand people are above 45 years of age. We had set a benchmark for these categories to complete their vaccination in the specific timeline by July 31, Mr Rath told NDTV.

Also Read: How Has COVID-19 Impacted Children? Experts Discuss At The Townhall

The city started inoculating its frontline and healthcare workers from January onwards, people aged above 45 started receiving their vaccine shots from April while those above 18 began getting their jabs in May this year.

Mr Rath says that their data suggests that the city has already vaccinated 18.7 lakh people in the city. Only a few people were not being able to take first does due to various reasons, he added.

Since we are in an unlocking phase right now, there is a migrating population who are returning back to their jobs, so we have set up vaccination camps for them as well and most of them have received their first jab of Covaxin, Mr Rath added.

Moving forward, Mr Rath says that the BMC is planning to open up schools in phases, of which schools for 10th and 12th grade have already opened up since two weeks.

Talking about the issue of vaccine hesitancy in the city, Mr Rath said that it was a challenge in the beginning but the lethal second wave of infections scared the population and they were then ready to get the vaccine.

When we started the vaccination back in January, we experienced hesitancy among the healthcare and frontline workers, but then as the number of cases rose in the second wave, people were scared. We persuaded them that the vaccine will protect them from this infection and prevent hospitalisation. People were eventually willing to get the jab as it was a ray of hope. However, at that time as well, people living in slums and backward communities weren’t convinced. We then targeted them and set up community vaccine centres inside the slums and went door-to-door to bring them out and explain to them how this will help them from the disease. Eventually, after a lot of hard work, we were able to convince them as well.

The pandemic in Bhubaneswar peaked in April, 2021 with about 1,500 cases per day, of which 150-200 needed hospitalisation every day. At present, on an average 150-200 people are getting the infection per day, Mr Rath informed NDTV. The city is testing around 5,000 samples per day, he added.

The chief executive officer of NITI Aayog, Amitabh Kant took to Twitter to congratulate the people of Odisha and Chief Minister Naveen Patnaik for their achievements in making Bhubaneswar the first city to ensure 100 per cent COVID vaccination.

Bhubaneswar first city to achieve 100% COVID vaccination, Puri first city to supply 24×7 drinking water. Congrats @Naveen_Odisha & people of Odisha for these achievements and for also sponsoring our national men & women hockey teams since 2018, who have now reached the semis!

Bhubaneswar first city to achieve 100% COVID vaccination, Puri first city to supply 24×7 drinking water. Congrats @Naveen_Odisha & people of Odisha for these achievements and for also sponsoring our national men & women hockey teams since 2018, who have now reached the semis!