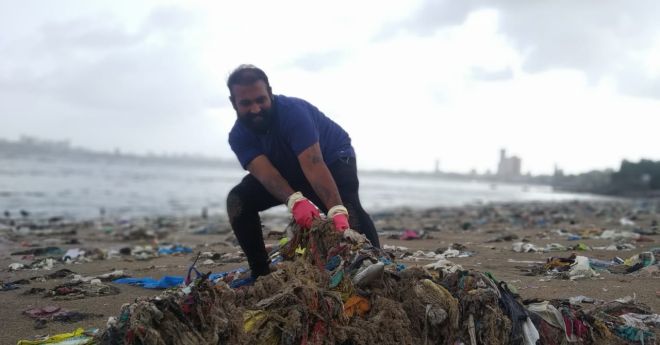 New Delhi: On July 21, a new record in Mumbai will be attempted when thousands of Mumbaikars come together for a massive cleanliness drive. Courtesy, 27-year-old beach warrior Chinu Kwatra who in 2017 after getting inspired from Versova Beach clean-up led by lawyer turned activist Afroz Shah, started his own beach clean-up crusade. Initially, Chinu undertook a continuous clean-up at Mumbai’s Dadar beach and then extended it to the seven beaches in the city – Dadar, Cuffe Parade, Bandra, Worli, Erangal, Madh and Juhu.

Till now, the beach warrior has successfully completed 99 weeks of regular clean-up in these seven beaches and has removed more than 2000 tonnes of waste. On July 21, Sunday, the beach warrior is set to hit a milestone as he will complete 100 weeks of his beach clean-up initiative. To mark the day, Chinu Kwatra has decided to take up a massive clean-up drive in 100 local stations of Mumbai. Talking about the event to NDTV, Chinu adds,

I wanted to do something big when I mark this huge milestone. I have already covered the beaches of Mumbai, so this time; we decided to target Mumbai’s nerve line – local stations. We plan to start the clean-up on all the 100 locations simultaneously from 7 am to 9 am. The target is to involve more and more Mumbaikars in this clean-up and send out a strong message of ‘Pledge To Keep Mumbai Clean’. 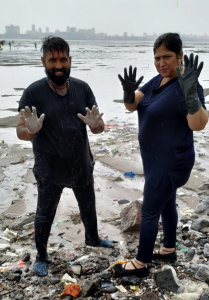 He further said that all these locations are within the 500 metre radius because the target is for a complete clean-up of one particular area that day. Chinu added,

We are expecting more than 2,000 Mumbaikars to join us for the clean-up that day. Moreover, we have named the event #BigMumbaiCleanup (BMC), and its short form reads BMC (Brihanmumbai Municipal Corporation). The reason is that we want one day when we celebrate the work of BMC civic workers. There are around 28,000 civic workers in Mumbai who on a daily basis take care of the waste mess created by the city people. On July 21, we all Mumbaikars will give them our helping hand by cleaning up the 100 locations across the city and that is pretty much the motive.

Urging the citizens to support the event, Chinu signs off by saying,

Mumbaikars let’s come together and make our city of dreams – Mumbai a cleaner place. Choose one of the nearest locations – Mumbai, Navi Mumbai and Thane and join the clean-up marathon on July 21st. Let’s help the one who keeps the city spick and span – our BMC workers.

After the clean-up, Chinu will hand over the waste to the civic body that will further segregate the waste into wet and dry waste and help it manage effectively. Wet waste, which includes fruits and vegetable waste from the kitchen, will be used for composting purpose whereas dry waste will be sent for proper recycling.

Other Initiatives Taken Up By Chinu Kwatra 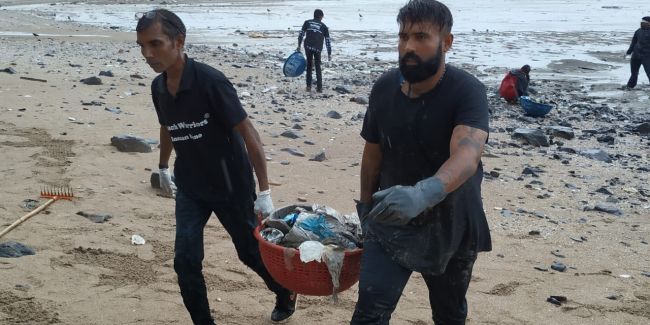 Because of Chinu Kwatra, today, from Mumbai’s seven beaches approximately 2000 tonnes of waste has been removed

Along with the clean-up, Chinu Kwatra has been doing a lot of work for spreading menstrual hygiene awareness amoung the city people. He started educating tribal women and those from backward sections of the society about menstrual hygiene management. Moreover, he has also given eco-friendly sanitary pads to more than 300 tribal women for free.

Currently, Chinu has also purchased a machine through which eco-friendly sanitary napkins will be made and provided to women of the city in a cost-effective manner. The plan is being worked out and soon Chinu wishes to expand.

Related Topics:
Clean India Clean-up Mumbai Clean Up
Up Next

Budget 2019: As Water Crisis Intensifies, Allocation For Drinking Water Increased But For Ganga And Other River Conservation Cut