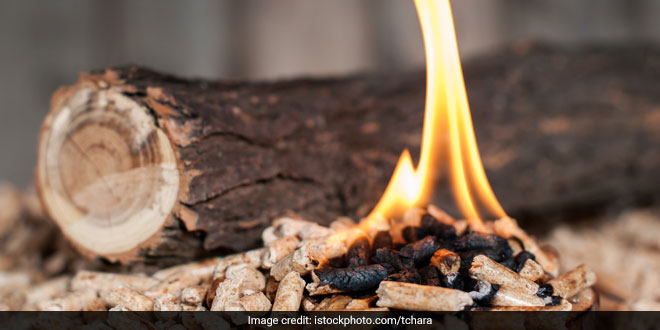 New Delhi: The National Capital Region should brace for more toxic air as biomass burning, one of the major contributors to air pollution in India, may see a rise of 45 per cent by 2050 with the rise in crop production, a latest study said. The study said 488 metric tonnes of the total crop residue was generated in India in 2017 and about 24 per cent of it was burnt in agricultural fields, mainly in Punjab and Harayna. This resulted in emissions of air pollutants, including greenhouse gases, which play an important role in changing the atmospheric chemistry, locally, regionally and globally.

The rice straw burning in agricultural fields was considered 80 per cent in Punjab, Himachal Pradesh and Haryana, 50 per cent in Karnataka and 25 per cent in other states in 2017. Researchers of the School of Public Health of the Department of Community Medicine in the Post Graduate Institute of Medical Education and Research in Chandigarh and the Department of Environment Studies in Panjab University in Chandigarh say crop residue can be used for energy production in biomass power plants.

It has the potential of generating 120 TWh (terawatt hours) of electricity, says the study ‘Emissions of air pollutants from primary crop residue burning in India and their mitigation strategies for cleaner emissions’ published in Journal of Cleaner Production this month. The researchers, Ravindra Khaiwal, Tanbir Singh and Suman, estimate atmospheric emissions of various pollutants from crop residue burning using the Intergovernmental Panel on Climate Change (IPCC) guidelines.
Generally, wheat straw is used as fodder for cattle, but farmers do not prefer to use rice straw for cattle feed and hence it is burned openly in agricultural fields. Rice straw contains high silica and has low digestibility and nutritive values and may affect the health of livestock. The sowing window between the harvesting of kharif crops and rabi crops is very short (a few days), hence farmers prefer to burn the crop residue of rice in the fields, say the researchers.

With 2017 as the base year, it was considered that there would be an annual growth of 1.5 per cent per annum for all crops from 2017 to 2030 and after that crop production will decline to 0.9 per cent per annum up to 2050 in India. The crop production will increase due to increase in cropping intensities and higher yields. However, there is a potential to decrease crop residue burning emissions by various technological and policy options and that includes biomass energy generation, says the researchers. In India, around 500 biomass power and co-generation plants have been installed by the Ministry of New and Renewable Energy. Lead researcher Mr. Khaiwal told IANS Punjab is reeling with cancer due to chemicals and pesticides. “The farmer is, therefore, the first victim of the pollution caused by biomass burning,” he said.