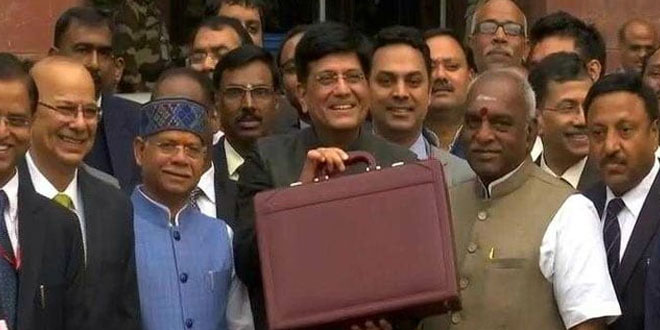 New Delhi: Interim Finance Minister Piyush Goyal tabled the Interim Budget 2019 in Lok Sabha. The budget which is the last budget before 2019 Lok Sabha elections, touched upon a range of topics that impact access to Swachh Hawa, Paani, Zammen (Clean air, water and land). Highlighting the success of Swachh Bharat Abhiyan – nationwide cleanliness campaign launched by Prime Minister Narendra Modi in 2014, Mr Goyal said, “India has achieved 98 per cent rural sanitation coverage and as many as 5.45 lakh villages have been declared open defecation free (ODF). It is a holistic programme and has succeeded in changing the mindset of our people. With the people participation, they transformed it from a government scheme to a national movement.”

One Of The Most Visited Tourist Spot Of Karnataka, Panchakalyani Lake To Be Revived By Infosys Foundation