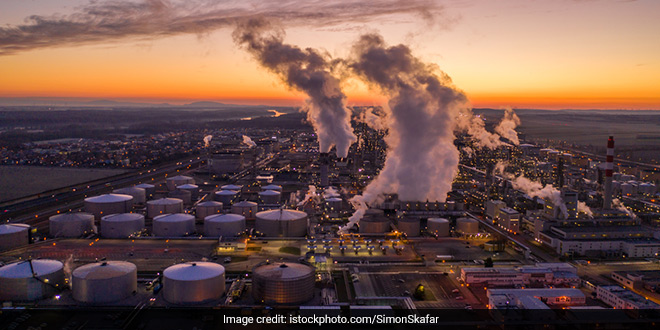 Budget 2022: The allocation under the heading of ‘climate change action plan’ remained the same as the previous year, at Rs 30 crore

New Delhi: “The risks of climate change are the strongest negative externalities that affect India and other countries,” said the Union Finance Minister, Nirmala Sitharaman in her Budget 2022 speech. She said that we have entered into ‘Amrit Kaal’, the 25-year-long leading up to India@100. Ms Sitharaman further said that the government aims to attain the vision of promoting energy transition and climate action during the ‘Amrit Kaal’, and laid emphasis on this vision by putting the same as one of the important priorities of the country going forward.

The Ministry of Environment, Forests and Climate Change got a total allocation of Rs 3030 crore, as compared to last year’s Rs 2869.93 crore, a 5.6 per cent increase. Of the Rs 3030 crore, Rs 460 crore are allotted towards control of pollution, which is Rs 10 crore less than last year’s Budget.

As the Prime Minister said at the COP26 summit in Glasgow last November, what is needed today is mindful and deliberate utilisation, instead of mindless and destructive consumption. The low carbon development strategy as enunciated in the ‘Panchamrit’ that he announced is an important reflection of our government’s strong commitment towards sustainable development. This strategy opens up huge employment opportunities and will take the country on a sustainable development path. This budget proposes several near-term and long-term actions accordingly, Ms Sitharaman said.

The budget was increased for National Mission for Green India from Rs 290 crore in the last financial year to Rs 361.69 crore this year, with the national afforestation programme being allotted Rs 300 crore, compared to last year’s amount of Rs 235 crore.

The allocation under the heading of ‘climate change action plan’ remained the same as the previous year, at Rs 30 crore.

Budget 2022 reduced the budgetary allocation for the statutory body Commission for Air Quality Management (CAQM), which works for air quality management in the national capital region and adjoining areas, from 20 crore in 2021-22 to Rs 17 crore in 2022-2023.

Control of Pollution has been conceptualised to provide financial assistance to Pollution control Boards/Committees and funding for the National Clean Air Programme (NCAP), launched in January 2019.

Other Allocations And Announcements For A Green India

The FM also proposed an additional allocation of Rs. 19,500 crore for to ensure the domestic manufacturing required for achieving the goal of 280 GW of installed solar capacity by 2030.

Moreover, in line with the government’s green commitment, Ms Sitharaman announced that the government aims to promote the use of public transport in urban areas. She also announced a Battery Swapping Policy due to the constraint of space in urban areas for setting up charging stations at scale.

Further, the FM highlighted the importance of a ‘Circular Economy’. She said,

The action plans for ten sectors such as electronic waste, end-of-life vehicles, used oil waste, and toxic and hazardous industrial waste are ready.

Chandra Bhushan, President & CEO of the International Forum for Environment, Sustainability and Technology (iFOREST) tells NDTV that this is ‘probably the most ambitious energy transition budget that we have seen.’ He says,

There is huge investments in solar manufacturing, batteries, hydrogen, electric vehicle, renewable energy. So, India has announced certain targets at COP26 to be achieved by 2030, and this budget does reflect that. The budget also provides a roadmap for clean energy and climate mitigation. From that perspective, it is an extremely bold and ambitious budget. There are concerns in environmental field, for the river linking. However, I personally welcome single window clearance, which FM has announced in which environment, wildlife and forests are combines together. I have personally advocated it for a long time, I do not see it as a dilution, rather I see it as a making it less bureaucratic process. This will reduce corruption and we can build strong institution mechanism.

Being a long term and complicated issue, Air Pollution needs continuous attention and budgetary support, which was missing from the union budget. The reduction in air pollution over the past couple of years can’t be the reason for not paying attention to the issue now as the last two years were unusual because COVID-19 led to fluctuations in industrial consumption and output along with longer than usual monsoons.

Mr Dahiya further says that the government’s focus on coal gasification is a red flag to the energy transition, as it still ‘tries to keep coal alive when we know that for the energy transition to be meaningful coal usage in any form should be phased down and stopped ultimately.’

Also, coal gasification has been explored for a long time in India and globally but have failed to be an economical and environmentally friendly alternative especially when renewable energy and Green-hydrogen has huge scope to take over the traditional energy sources, Mr Dahiya added.

Defining moments of the budget including Natural zero-budget and organic farming to streamline agri-space; efficiency improvements and infra spend to enhance focus on renewables; exploring co-investments, energy as a service and green bonds to unlock investments; operationalising the mobility goals via electric vehicles battery swapping, grid-scale storage and dense charging infra; to reducing thermal power and industrial carbon intensity via biomass and coal gasification – form the core, of the AmritKaal roadmap towards India@100.

The Central Government’s constant push for EVs and climate action is commendable, and the same outlook has been resonated in this year’s Union Budget as well. The openness showed by the Government to accommodate new-age business models like battery swapping are a welcome step, and the push to encourage battery- -as-a-service and energy-as-a-service business models will provide further thrust to emerging homegrown startups in these areas. At the same time, financial decoupling of batteries irrespective of swapping has the potential to enable faster adoption. Going ahead, it would be exciting to see some great climate focussed debt lines initiated from blended finance. However, bringing EVs and batteries into priority lending sector was also expected this time, but was missed in this Budget, which is albeit disappointing to note.

Experts were expecting Budget 2022 to focus on the mitigation of climate change, specifically given the commitments made by the PM at COP26 in Glasgow. With the government making climate change as one of their main focus areas, experts are relieved that climate change is finally becoming a bigger conversation, and the policymakers are allocating funds to mitigate it.

Climate Change And Clean Air Initiatives: What To Expect From Budget 2022