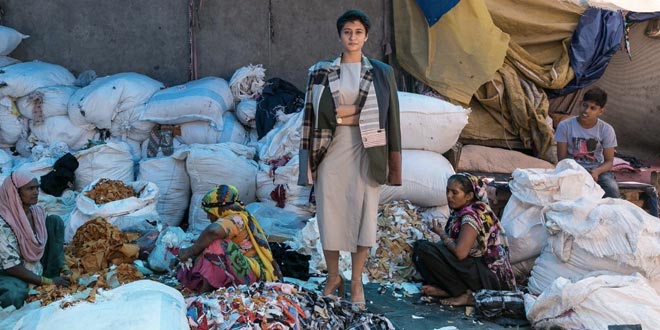 Kriti Tula is an apparel designer and the founder of India’s first global, sustainable and affordable fashion brand - Doodlage

New Delhi: According to the World Economic Forum, fashion industry produces 10% of all humanity’s carbon emissions and is the second-largest consumer of the world’s water supply. Global fast fashion market is also one of the largest polluting industries in the world, states United Nations. Sharing an example, Kriti Tula, an apparel designer and the founder of India’s first global, sustainable and affordable fashion brand, Doodlage said,

UN estimates that a single pair of jeans requires about a kilogram of cotton, which in turn, might require up to 10,000 litres of water. That is equivalent to about 10 years’ worth of drinking water for one person. Moreover, a pair of jeans will produce an equivalent of 33.4kg of carbon dioxide across its life span, just over a third of those emissions come from the fibre and fabric production, while another 8% is from cutting, sewing and finishing the jeans. Packaging, transport and retail account for 16% of the emissions while the remaining 40% is from consumer use – mainly from washing the jeans – and disposal in landfill. Not just that, today, every garment factory produces about 1 and half lakh pieces of garments on average on a daily basis, of which, 25 per cent is wasted in the process that is about 45,000 metres. These were some of the staggering figures that made me start my company.

Kriti Tula, who is a trained fashion designer and has been in the industry for more than 12 years, she started working on her brand in 2012 after she graduated as a designer from Pearl academy in New Delhi. Sharing her journey, she added,

I knew, I have to work towards fashion in a sustainable and green way and not be just another brand adding more problems. I wanted to be a part of solutions. It took me two years to come up with a business plan, and in 2014 I finally launched my brand – Doodlage. 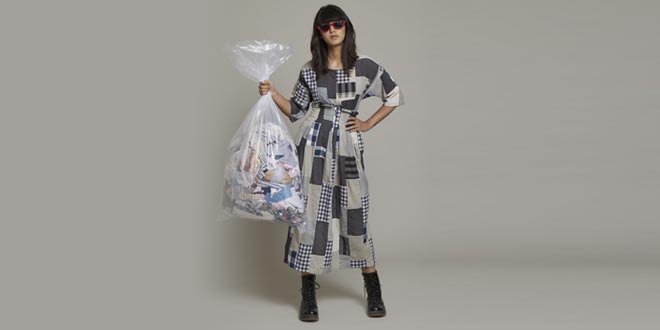 Doodlage is an environment-conscious band based in Delhi that sells upcycled products. In 2021, Kriti Tula was just 23-years-old when she took the first step towards sustainable fashion. Since then, Kriti and Doodlage together have popularised the idea of upcycling and made fashion garments and accessories using waste fabric or cloth that otherwise ends up choking the landfills. Explaining the concept, Kriti added,

We basically collect fabric waste from factories around Delhi, which are rejected for minor defects, and post cutting waste which are panels that are big enough to be stitched back together. Using all these wastes, we create a small limited-edition collection, which is basically made using natural materials like cotton & wool that help save tonnes of fabric waste landing to the landfills and polluting the environment.

Apart from production, the brand Doodlage is also very careful about the waste it generates, unlike other brands, the waste from here doesn’t go to the dump yard. Highlighting how the brand manages its own waste, Kriti Tula added,

The waste we create is shredded to create new fabric that goes into home furnishings and bags. Moreover, we make our own packaging paper using the waste cloth. I have machines for making paper out of cloth in my factory for the same purpose. It is like taking cellulite from the clothes and processing it further with water, basically a step further from decomposing.

Explaining why she has named her brand Doodlage, Kriti says art is easy to replicate but doodles are not. She added, “At our store, every piece is one of a kind, no pieces are similar as they are stitched together using waste pieces hence the name Doodlage.”

The label is targeted at anyone between 18 and 45 years and the collection are available online on their site and other e-commerce websites.

Climate change is for real. Over-utilisation and mismanagement of natural resources is a big problem. We all need to start thinking about the environment and how our day-to-day actions are taking a huge toll. It is a stark reality that today many big fashion producers don’t have a waste management chain or system in place.

Kriti Tula further adds that Doodlage has tried to do its part – the brand has taken conscious small steps towards the environment and is trying to scale up its efforts thereby inspire as many as possible in this sustainable journey.

For her work, Kriti Tula has also been identified as one of the youth climate leaders for We The Change campaign that was announced recently ahead of COP26, the 2021 United Nations Climate Conference by United Nations. The campaign aims to showcase climate solutions pioneered by young Indians as a celebration of India’s climate leadership.

Kriti Tula signs off with a message, she said,

The message is simple, we should become more aware, we all need to start thinking in the direction of the environment. We need to ask ourselves, what can each one of us can do to save the environment. When we all will be able to realise this, it is then we will have the power to change the reality….Start taking small steps, segregate your waste, consume less, ask yourself basic questions like do you really need this and be aware of the waste you end up generating.

Swachh Survekshan 2021: How Has Indore Become India’s Cleanest City For 5th Year In A Row

Air Pollution Going To Be A Big Disaster For Health, Warn Experts